As bitcoin hovers near all-time highs, what does it mean for investors?

2021 is already shaping up to be a very different bull market for bitcoin compared to the past, writes Kadan Stadelmann of Komodo. Here’s why.

Bitcoin exceeding US$40,000 this year was a historic milestone. Although bitcoin’s price has since dipped from this all-time high to a 24-hour low of US$37,446 today, the overall trend is more investors getting involved with the crypto market. Retail investors, businesses and large financial institutions are all increasingly looking towards bitcoin and other cryptocurrencies either as a replacement or a supplement to their positions in gold, stocks and other traditional financial assets.

In January, as the total cryptocurrency market cap surpassed US$1 trillion for the first time, bitcoin’s market cap surpassed US$700 billion. In terms of price action, the closest comparison to the current market is the 2017 boom in initial coin offerings. But 2021 is already shaping up to be a much different market. While the 2017 craze was driven by retail investors and a few whales, institutional buy-up has created the current bull market. It’s only natural that price action follows volume, and we’re seeing not just a rise in bitcoin price, but also a natural dissemination of buying power being pushed into the rest of our cryptocurrency sector.

Acquisition appetite has overcome institutional players in our space. Digital asset manager Grayscale reportedly bought 73,000 bitcoin in December 2020, when bitcoin miners only mined around 28,000 bitcoin. This is just one of several examples that back up the idea that institutional interest in bitcoin is here to stay. They’re buying up crypto and likely holding for the long term, with generational wealth building in mind. Buying bitcoin at a rate that outstrips its production by nearly 3-to-1 is a testament to this sentiment.

The show of faith by institutions taking their first big bites into bitcoin and bitcoin taking its first big bites out of traditional finance market share is creating a feedback loop for long-time crypto advocates, investors, speculators, miners and other users of our sector. Renewed interest in projects that have weathered the bear market of the last three years is bringing a surge to projects that have been showing steady development progress and that haven’t withered away. As institutions diversify into altcoins and distribute some of the new bitcoin dominance outward into the crypto space, others rush to, or back to, projects that hold a promising future and have solidified themselves as strong, tech-driven projects.

For the industry as a whole, we are being seen as a maturing market and not just a “fringe-tech pet project.’” Bitcoin breaking a market cap of $1 trillion, an increasingly likely scenario, would be the final nail in the coffin on that antiquated conversation. Bitcoin is now being talked about and actively used as a reserve currency. Other blockchain networks that use smart contracts are being adopted for their growing importance in bringing financial applications and services to the blockchain that once only existed in traditional finance.

We should continue to be aware that bitcoin and other cryptocurrencies are volatile assets. Volatility is not necessarily a bad thing. More than anything else, volatility is a sign of risk. On Jan. 4, 2021, BTC fell 17% in one day but quickly recovered to reach the US$40,000 mark again. Bitcoin prices then dipped, but this past weekend exceeded US$40,000 again. This is just one of many examples where bitcoin has recovered quickly from a sharp decline in price, which indicates we are likely just at the beginning of a long-term upwards price trajectory.

The fact that bitcoin has broken away from its previously lockstep correlation with the stock market the last few months is also a promising sign. Bitcoin and other cryptocurrencies are basically in their own league at this point in terms of asset classes. Cryptocurrency, in general, is so unique in that it can’t fit into a single box. You can use bitcoin as a replacement to gold as a store of value, but you could also use it as a peer-to-peer transfer of funds, the same way people would traditionally use banks to send and receive fiat. Plus, it is a truly scarce asset by design, with a maximum supply of only 21 million, making it a hedge against inflation.

The U.S. Treasury’s Office of the Comptroller of the Currency announced last month that U.S banks now have the green light to use public blockchains and stablecoins as a settlement infrastructure. On Jan. 20, President Joe Biden’s administration placed a 60-day memorandum on reviewing the controversial FinCEN regulations surrounding un-hosted wallets initially proposed during the Trump administration.

Regardless of the outcome of this legislative review, we can say for certain the overall push toward more well-defined regulation creates more market certainty, which will ultimately put crypto in a better position to gain greater adoption in the global economy.

There is a lot of negative sentiment surrounding the proposed legislation. However, I’d remind everyone in crypto that the byproduct will be a greater push towards tech innovation. In the future, we will have a market in which newer, regulated audiences and the OG cyberpunks/crypto-anarchist audiences both participate in a distributed money system together.

Bitcoin was the first patch to our legacy finance system. It has upgraded every aspect of the way in which we can exchange value for goods and services. But the cryptographic digital currency sector isn’t just about replacing fiat with Money 2.0. Rather than comparing the trading price and market cap of bitcoin versus ethereum, we should be comparing the entire landscape of digital currency with the legacy financial sector. As adoption grows and consumers have more options to buy, store and use cryptocurrencies, we will slowly see the digital currency sector reach and rise above the legacy financial sector.

It’s also reasonable to say that events like the halting of trading of GameStop (GME) shares and other stocks by retail investors to essentially bail out Wall Street hedge funds will forever change how we view the financial legacy sector. There are a lot of disenfranchised investors who are now looking towards the crypto sector for a solution that offers a censorship-resistant, decentralized financial layer for the global economy. Events like this make it clear that crypto is in a good position to become the accessible, egalitarian market that society desperately needs and deserves. 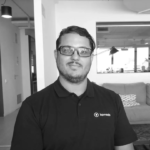 Kadan Stadelmann is the chief technology officer of Komodo, an open-source technology provider and creator of AtomicDEX, a cryptocurrency wallet and decentralized exchange rolled into one dApp. Kadan is also a blockchain developer and operations security expert who previously worked in IT for the Austrian and Tunisian governments.