What is bitcoin’s true value, and what are its longer-term price projections? New AAX analysis ‘Bitcoin in 2021’ offers investors a look beyond the horizon.

From infection rates to electoral votes, 2020 has been a year of graphs, charts and numbers — the price of bitcoin included.

Not only was the original cryptocurrency among the first assets to recover from the market crash in March, but it has since, repeatedly, raised eyebrows, breaking record after record. After a correction over the weekend and today, bitcoin is still currently valued at over US$35,000.

But as with all numbers, there is a story behind them. In the case of bitcoin, it’s a story about self-preservation, ownership and freedom. It’s about change.

For those who have been active in the crypto space since the early years, the narrative around bitcoin is nothing new. The bitcoin protocol was launched 12 years ago this month, in the wake of the global financial crisis, by an individual or group who used Satoshi Nakamoto as a pseudonym. It is a scarce, divisible, fungible and internet-native currency, voluntarily maintained by a secure global network of miners. Moreover, its adoption could potentially revolutionize financial services.

Great stories, however, evolve as they unfold, and this might be a good moment to take a step back and reassess the plot. How can we think about bitcoin today, what’s driving its upsurge? Is bitcoin just hype, and what can we expect going forward?

These are some of the questions we discussed in our most recent research paper on bitcoin’s outlook in 2021. I’d like to take the opportunity here to share some of our thinking and findings.

From emergence to adoption

Bitcoin’s impressive 10-year ROI of 9,000,000% and previous all-time high at US$20,000 have often been highlighted as its crown achievements. Certainly, these figures have served to spark the interest of the general public, but aside from price movements, we should not forget that bitcoin’s first 10 years are also marked by the emergence of an entirely new industry, ecosystem and discourse.

Following bitcoin’s peak and subsequent sell-off in late 2017, while fear and doubt gripped the markets, many of us in the industry saw an opportunity to take it to the next level. Today’s participation of institutional investors in the market for bitcoin is not a surprise: it was anticipated and prepared for.

As we learned from a recent AAX-sponsored report on digital assets by Forkast.Insights, the past few years have seen rapid developments around market infrastructure, custody, cryptocurrency funds, fiat on and off ramps, derivatives, regulation and the rise of institutional-grade crypto exchanges. It’s easy to see a clear trajectory in hindsight, but it’s good to remember that when bitcoin was first launched, except for a niche online community of computer scientists and enthusiasts, it was not on anyone’s radar. There was no marketing plan or business strategy. But the launch did offer a compelling vision of an alternative economic system that would be unconstrained by the inefficiencies of the legacy system. Perhaps most importantly, the emergence of bitcoin drove innovation and a compelling discourse around financial agency, privacy and true ownership.

Undoubtedly, in a world gripped by a public health crisis coupled with lockdowns, travel bans, extensive money-printing and negative interest rates, and where tech companies such as Twitter and Facebook have come under intense scrutiny, there are growing concerns over currency devaluation, restrictions on freedom, and the loss of digital sovereignty. It is the perfect recipe for a bitcoin price surge, and as such, it was not surprising to learn of Americans converting their first stimulus checks to cryptocurrency in early 2020 rather than keeping the cash in dollars or spending it.

The difference now is that institutional investors have bought into the bitcoin narrative. Major corporations and institutional investors such as Harvard University, Square and billionaire Paul Tudor Jones have been adding bitcoin to their portfolios, with the latter comparing the purchase of bitcoin to investing early in Apple or Google. And just recently, the CEO of Blackrock — the world’s largest asset management firm — went so far as to say that bitcoin could possibly evolve into a global market asset.

Microstrategy’s CEO, Michael Sailor, explained it best when he pointed out that especially cash-rich corporations like Tesla and Apple are seeing their cash reserves shed value each day, and that an allocation to an appreciating asset that is scarce and in high demand is a completely sensible action to take.

What is the real value of bitcoin?

While bitcoin was created with the intention to function as a form of digital cash, this is not what the coin is known for today. Over the years, we’ve seen bitcoin act as a hedge against risk, such as during the Greek debt crisis, in the immediate aftermath of the Brexit referendum, or in the context of worsening U.S.-China trade relations.

Traditionally, gold has been the go-to asset in times of economic turmoil, but there is no reason why bitcoin could not function as such and take considerable market share away from gold. In fact, since October 2020, money has been pouring into bitcoin and out of gold, with JPMorgan warning that gold and other precious metals markets may suffer for years to come. Some might view this development with unease and skepticism, but it’s good to realize that while gold may carry the weight of history and tradition, bitcoin uniquely offers a vision for the future. It speaks to principles that today are proving to be more relevant than our age-old associations with gold.

Whether or not bitcoin is an uncorrelated asset is debatable. There have been moments when it has moved independently, but especially over the past year, bitcoin has largely moved in unison with traditional markets such as the S&P 500 and the Nasdaq, all charting new highs over the same time period.

What does that make bitcoin? Is it a currency, a form of digital gold, a commodity — or is it best viewed as a tech stock? Perhaps definitions seem trivial, but they matter — not just for the purpose of regulation but also valuation.

In order to assess the health of bitcoin as an investable asset, we might look at overall trade volume and liquidity, or the ratio between holders and speculators, but for its valuation there are no balance sheets or financial statements to consult.

Instead, we might employ models such as the stock-to-flow model that projects bitcoin to reach a valuation of US$100,000 by the end of 2021. However, this is a contested model.

In bitcoin’s earliest days, in conversation with Nakamoto, developer Hal Finney famously speculated that if bitcoin were to absorb all global wealth, each coin would be worth around US$10 million. This may be pushing it, but as we come to articulate a proper framework to gauge bitcoin’s market value, we need to gain a better understanding of how bitcoin interacts with other markets and to what extent bitcoin’s core value propositions are finding their way into public discourse.

For now, we believe macro-contextualized technical analysis is best suited to come to any short term price projections. As such, in spite of potential corrections during the year, we expect bitcoin to close 2021 between US$36,000 and US$55,000.

For a long term projection, however, we will need to see how bitcoin comes to function in the global economy and learn more about how it behaves under different conditions.

What’s ahead for bitcoin?

Notwithstanding bitcoin’s current price dip, there is little reason to believe bitcoin’s overall surge is just a hype. Just as there is little reason to believe that current monetary policies will not continue to devalue major global currencies. This has been years in the making. If anything, those who’ve been trading bitcoin long enough will agree that market dynamics have changed and rallies are looking different from those in 2017.

But for sustained growth over time, beyond market fluctuations and present conditions, we believe we need to bring an educated conversation to the masses. As Twitter’s CEO, Jack Dorsey, pointed out, the power of bitcoin is that no one is driving it; no one is ultimately responsible. Instead, bitcoin belongs to all of us and it’s up to all of us to develop it.

From our end, operating an exchange, this means providing solid market infrastructure capable of accommodating institutional volumes and serving as a bridge between cryptocurrency and global finance. As a community, this means taking true ownership of our own education and of those around us, paying close attention to institutional support for bitcoin evolving over time, and keeping up to speed with regulatory developments.

The key to bitcoin’s growth is to drive a healthy discourse that speaks to today’s core challenges. Promises of high prices and returns are attractive, but a sensible no-nonsense conversation about how the economy works and the opportunities bitcoin presents in an increasingly connected yet polarized world, would suit the adoption of this “maturing asset” much better. 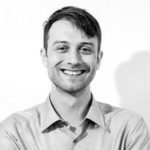 Ben Caselin is head of research and strategy at AAX, the first crypto exchange to be powered by London Stock Exchange Group’s LSEG Technology and the first exchange to switch to a Satoshi Standard to drive the adoption of Bitcoin. Follow @BenCaselin | bencaselin.com