Stories of emerging technology at the intersection of business, economy, and politics.

From Asia, to the world.

Technology is by its very nature, disruptive. But understanding it also helps us navigate this age of disruption better.

Forkast was started in 2018 with a simple premise: Technology should be understood by the people it will impact most. At Forkast, we believe that the story of technology will shape the dynamics of a global economy in the near future. And in fact, it already has.

Forkast has been at the forefront of this dynamic since day one. We grew out of a recognition that technology must be covered beyond cryptocurrency price moves and understanding code or engineering –– it should be covered in context, and by its impact.

Forkast brings you stories and analysis on emerging technology at the intersection of business, economy, and politics. Our mission is to help you understand Asia’s role in this global story of technology innovation.

As an award-winning 20+ year veteran in broadcast journalism, Angie is most recognized for her role as Bloomberg Television’s Asia anchor of “First Up with Angie Lau” where she’s collected 10,000+ interviews in her career, including some of the top newsmakers and business leaders in the world.

Sarah leads Operations and Product. As a former consultant at McKinsey & Company turned startup operator, she has worked with multiple early-stage startups in San Francisco, New York, and London spanning digital media, consumer tech, B2B retail, and innovation strategy. Sarah is a graduate of Columbia University and the University of Oxford.

Caitlin is an award-winning journalist whose work has appeared in Los Angeles Times, Condé Nast, Washington Post and New York Times. She has also led editorial for The Citizen at Harvard and was an editor at The Stanford Daily. She holds a JD-MPP in law and public policy from Harvard Kennedy School and U.C. Berkeley School of Law.

Justin is an award-winning broadcast news producer and journalist. He is a former Senior Field Producer for CNBC covering international breaking news and has contributed coverage for networks including ABC News, NBC News and CNN International, producing long-form documentaries and 1:1 interviews with world leaders and influential business executives. Justin holds a BA in Visual Media Arts from Emerson College.

Bob is an award-winning journalist and social entrepreneur with over 10 years of leadership experience in tech companies and think tanks in Europe, Africa, and APAC. His previous work can be seen on TEDx and various international media and film awards. At Forkast, Bob empowers blockchain, technology and disruptive companies to own an impactful media strategy.

Backed by a journalism background, Joe is a seasoned marketing and communications executive with a track record covering the US, Beijing, Shanghai, Hong Kong and Taiwan. Joe has been working with tech and fintech clients for over 20 years to better tell their stories.

Kyle Kosaki is an Emmy-award winning filmmaker, motion graphics artist, producer, and creative director. With a passion for storytelling, his experience ranges in documentary, commercial, and narrative content. Kyle looks to change the way audiences understand and percieve the blockchain, digital assets and emerging tech space.

Lucas is a journalist with a background in covering blockchain and crypto. He has been closely following the rising adoption of blockchain across multiple major industries and has interviewed some of the key figures leading its development. Lucas believes blockchain technology will create a more efficient, transparent and connected world, and foster access and inclusion within the global financial system.

Michelle is a Producer at Forkast. Prior to joining the team, she wrote for CNN and served with the Singapore Foreign Service. She holds a Master of Journalism from the University of Hong Kong and a Bachelor of Business Administration from the National University of Singapore.

Yohan is a Producer at Forkast and has worked as an assistant reporter covering stories in Asia for media publications such as Bloomberg BNA and Forbes, on topics related to Korea-US FTA, technology, environment, 2017 tax legislation amendments.

Over the past 20 years experience, Carolyn has served as a broadcast professional and radio producer for top international media organizations including Bloomberg, BBC World News, and RTHK, to lead radio news programming and live broadcast.

As a journalist, Kelly has covered stories at South China Morning Post, People’s Daily, and Beijing News. She received a Master of Journalism from the University of Hong Kong, and a B.A. in TV Editing / Directing from the Communication University of China in Beijing.

Forkast.News is an independent news platform open to working with companies and brands to better reach their customers by educating our audience about their products and services through our creative arm, Forkast.Studio. Our sponsors and partners are a mix of startups, established brands, and those that we helped become established brands.

Forkast.News reaches a highly-engaged, tech, and business-savvy audience. We are always interested in new partners who have products and services that will directly benefit our audience. In addition to branded content, we offer advertising, custom research, and marketing advisory. If you are interested in partnering with us, please email [email protected] and we’ll be in touch. 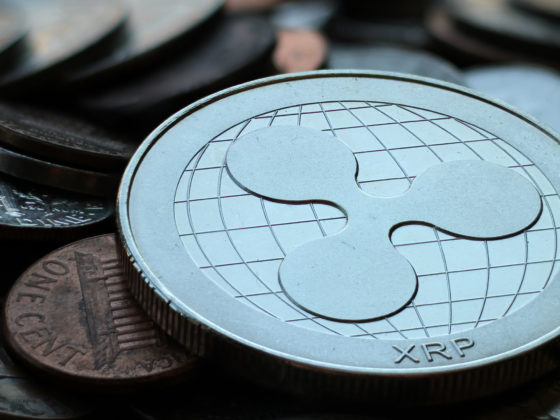 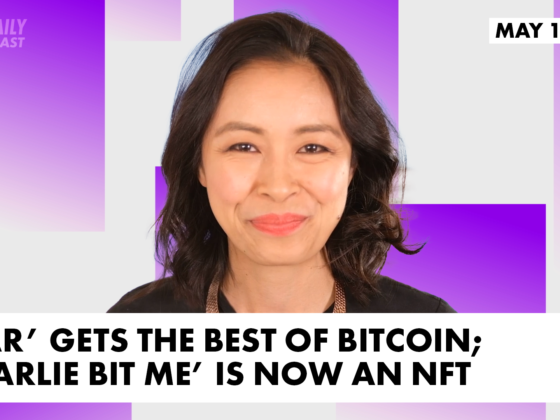 Read More
FUD has taken over Bitcoin's FOMO sentiment as iconic YouTube video 'Charlie Bit Me' gets immortalized as an NFT. 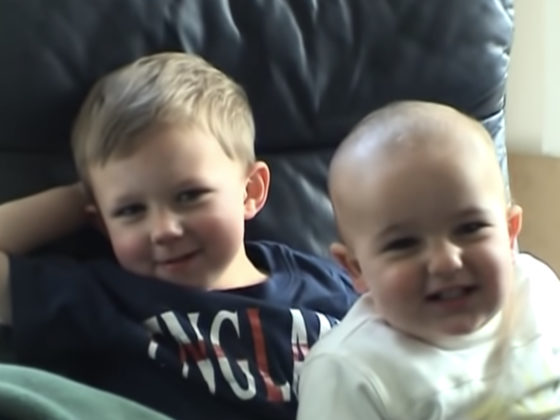 Read More
The home video that has been viewed more than 880 million times is set to be sold as NFT to highest bidder — and then deleted forevermore from YouTube. 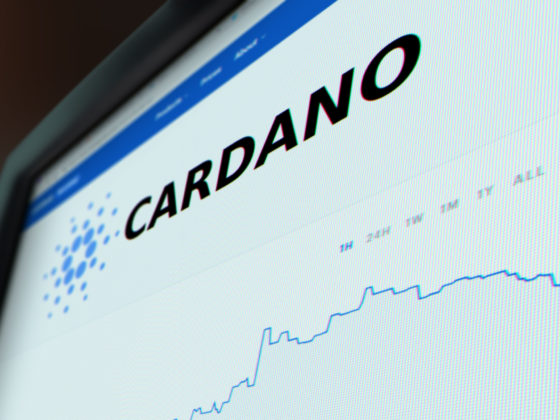 Read More
ADA price holds strong as investors shift to greener cryptocurrencies and Cardano smart contracts get set to launch blockchain into DeFi and NFTs.
Fund managers have reacted swiftly to the latest price volatility in the cryptocurrency market triggered by recent Elon Musk tweets that have raised doubts over Tesla’s future relationship…
A single tweet by Tesla founder Elon Musk wiped more than US$55 billion off the cryptocurrency market after he implied on Sunday that the company might have sold its Bitcoin holdings. Fast…
A tweet about Dogecoin by Tesla founder Elon Musk provoked a terse response from high-profile figures in the cryptocurrency industry on Sunday. Fast Facts: Musk responded to a tweet in which… 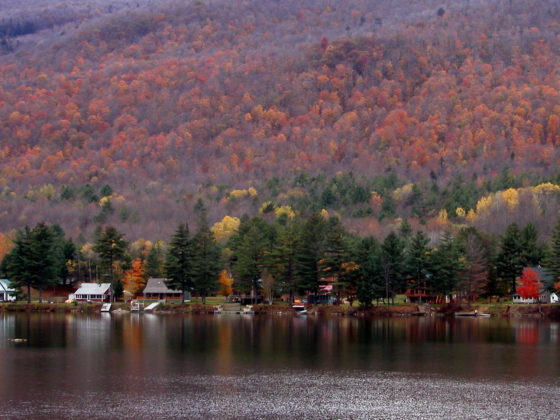 Read More
A dispute over a Bitcoin mine's environmental impact leads to a push to ban crypto mines in New York state. Will other places follow Albany’s lead? 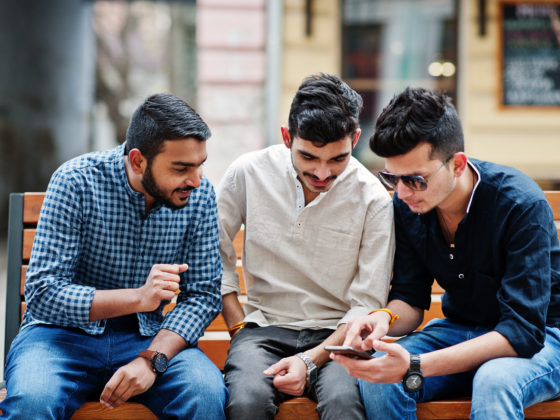 Read More
It's only a matter of time that digital currency 'is going to overshadow all the other forms of money,' says Neeraj Khandelwal of CoinDCX.

This website uses cookies to improve your experience while you navigate through the website. Out of these, the cookies that are categorized as necessary are stored on your browser as they are essential for the working of basic functionalities of the website. We also use third-party cookies that help us analyze and understand how you use this website. These cookies will be stored in your browser only with your consent. You also have the option to opt-out of these cookies. But opting out of some of these cookies may affect your browsing experience.
Necessary Always Enabled

Any cookies that may not be particularly necessary for the website to function and is used specifically to collect user personal data via analytics, ads, other embedded contents are termed as non-necessary cookies. It is mandatory to procure user consent prior to running these cookies on your website.