The NFT revolution is underway, and here’s what our future will look like

Non-fungible tokens (NFTs) have been hitting not only the blockchain headlines recently but also sweeping across mainstream media, as some of the world’s leading celebrities and brands have been accelerating this growing trend. We’ve seen celebrities like Ja Rule, Lindsay Lohan, Marc Cuban, Kylian Mbappé, Snoop Dogg and brands such as the NBA, Louis Vitton, Nike and Formula 1 launch their own NFTs. The list seems endless and is growing each day.

NFTs are cryptographic tokens that represent a unique asset on the blockchain. The main differences between NFTs and other cryptocurrencies is they’re one-of-a-kind, unique, and aren’t interchangeable.

One of the hottest NFT sectors is digital art, which hit crazy new highs as the famous 225-year-old auction house, Christie’s, auctioned off a digital collage earlier this year for nearly US$70 million. The sale immediately made the creator the third most expensive living artist in history.

With Christie’s previously selling some of the world’s most famous paintings, it has quickly legitimized NFTs in the digital art world. Beforehand, it was difficult to authenticate and own digital art, but NFT’s unique and unforgeable signatures on the blockchain can even contribute to much higher valuations for these assets.

The potential use cases for NFTs go far beyond digital art and are unlocking possibilities, liquidity and value. NBA Top Shot — the basketball video collectibles series — allows users to trade NBA highlights and has generated hundreds of millions in sales.

NFTs also work incredibly well for licenses and intellectual property. For example, verifying university degrees, proving software licensing and securing music copyright and ownership. NFTs now can enable music artists additional control over their work and offer the ability to track where their royalties go. It even allows fans to buy pieces of their favorite songs before the artist releases them and make it big, enabling their community to participate in their upside.

Real estate and the potential of NFTs in the sector can be groundbreaking. Imagine a not-so-distant future where you can purchase your house as an NFT and then borrow against it by collateralizing it through decentralized finance (DeFi).

While in gaming, users are already familiar with buying and selling virtual items; therefore, authenticating the ownership on the blockchain is the perfect evolution. NFTs unlock these benefits and enable gamers to profit from in-game exploits and can turn casual play into making money.

As NFT use cases explode, adoption rises and investment pours into the sector, technological advancement has to subsequently occur.

Ethereum’s ERC20 is the most popular token standard used for cryptocurrencies. ERC20s are fungible, enabling a token to be fractionalized. The ERC721 token standard led the first NFTs, which were non-fungible — meaning the tokens aren’t divisible. ERC721 NFTs was pioneered back in 2017 by CryptoKitties, where some of these digital collectible cats were sold for over US$300,000 per item.

There was a surge of NFT activity during Ethereum’s rise in 2017. However, after the market crashed in 2018, interest levels were impacted and caused the market to plateau. We’ve now seen the rise of NFTs again, with many new token standards being developed. As the market evolved and use cases were becoming complex, developers needed to code additional functionalities. This led Enjin to pioneer the ERC1155 token standard, which brought semi-fungibility to NFTs, allowing different tokens to be created under the same contract.

Besides Ethereum, we’re now seeing several other platforms develop NFT token standards, such as Dapper Labs (which previously created CryptoKitties) creating their own blockchain for NFTs called Flow. Simultaneously, existing protocols such as Hedera Hashgraph, Binance, Tron, Tezos, and Algorand have launched NFT token standards. New token features are needed which enable fungibility, scalability, interoperability with other token standards, and that also connect with oracles allowing them to react to external data.

With NFTs climbing into millions of dollars per item, it’s also become critical to provide collectors and institutions with the ability to safely custody and insure their NFT assets.

There’s no doubt that the popularity of NFTs is a groundbreaking new use case for blockchain technology. Many see NFTs as the first breakaway digital asset which isn’t connected to the price of other cryptocurrencies and can stand on its own. Moving forward, NFTs are here to stay and will be integrated into blockchain’s global settlement layer that runs 24/7 and never sleeps. Not only will NFTs become a fundamental building block in the new infrastructure of financial markets, but they will also revolutionalize the gaming world, the ways fans interact with artists and potentially even how we buy our first home. 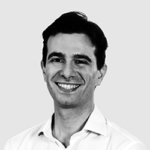 Alessio Quaglini is the co-founder and CEO of institutional digital assets custodian Hex Trust. He joined the crypto world from the banking industry after serving as Fig director at First Abu Dhabi Bank in Hong Kong, and serving as the Asia head of strategy and Director at BBVA. Before that, he was an officer at the Italian Securities and Exchange Commission.

A year to remember, a year to forget: Crypto highs and lows of 2022