Why a Hong Kong CBDC is coming — for institutions

Governments around the world are racing to develop their own digital currencies, but an e-HKD may not make sense for Hong Kong’s people. John Mitchell of Episode Six explains why Hong Kong is unique.

Hong Kong is ahead of its peers in the race to develop a central bank digital currency. It’s just more likely to be used by institutions than consumers.

The Hong Kong Monetary Authority (HKMA) has not made a final decision on issuing the e-HKD — the assumed name for its retail central bank digital currency (CBDC). But a recent official post from the authority’s chief executive, Eddie Yue, outlined several obstacles that may prove intractable from a consumer payments perspective.

While not listed as an obstacle in the path to an e-HKD, it should be noted that China’s own CBDC, the e-CNY, is still in its pilot stages. There is no incentive for Hong Kong to front-run that development. If there is to be an e-HKD, it is highly likely to follow, not lead, the e-CNY.

Likewise, the fate of Hong Kong’s fiat currency is not entirely settled. The special administrative region’s separate system of government is only guaranteed until 2047, so the long-term future of the HKD itself is not yet known. If it were to sunset in 25 years, what would be the cost-benefit of digitizing the currency now?

Any government’s reason for considering a CBDC should be to lower costs for itself or its citizens and businesses as well as boost transparency and financial inclusion. But Hong Kong’s unique circumstances make it difficult for an e-HKD to achieve any of those.

Hong Kong already has many digital ways to pay, and adding an e-HKD into the mix might not offer any cost or convenience gains for the city’s consumers. The HKMA also considers a risk that “the issuance of e-HKD may be perceived to be intensifying competition in the retail payment landscape” because it would essentially put the authority in competition with private enterprise, potentially becoming a deterrent rather than an incentive for innovation.

Governments also typically move slower than industry, and the digital currency sector moves particularly fast so there’s a challenge there for any CBDC development.

Why Hong Kong is different

If there’s no cost or convenience advantage, why incur the development expenses of a retail CBDC?

For many central banks, the answer would be for greater transparency or financial inclusion. Again, though, Hong Kong is different. Nearly 100% of people live in about 6% of Hong Kong’s land area, so it’s virtually impossible to live beyond the reach of financial services.

Conversely, in mainland China, hundreds of millions of people still live in rural areas, so the e-CNY could prove to be a massive boost to financial inclusion there.

That leaves transparency as the primary potential benefit for Hong Kong. But this also presents conflicting issues; know-your-customer (KYC), anti-money-laundering (AML), and counter-terrorism-funding (CTF) regulations must be balanced against data privacy requirements with an e-HKD, as with any digital asset platform. These could all be addressed, as HKMA indicates, with different tiers of digital wallets, but that adds complexity, which could negate any speed, cost or ease-of-use advantages for a CBDC.

Another unique Hong Kong obstacle is the local dollar’s peg to the U.S. dollar within a fixed range. The HKMA’s paper maintains that an e-HKD would need the same reserves as fiat “in accordance with the Currency Board principles under the Linked Exchange Rate System (LERS).”

Sustaining that peg in the digital world, however, could draw comparisons between an e-HKD and another electronic version of cash: stablecoins. A government-backed stablecoin would truly be a standout and could attract attention that Hong Kong doesn’t want — especially after the TerraUSD meltdown.

Currency itself is not the only factor. Where users store digital dollars while waiting to spend them is a fundamental question. The HKMA suggests that supporting and incentivizing the adoption of digital wallets would then fall to the government, creating another cost center. Given the speed and ease with which the government issued financial stimulus via Octopus cards (a prepaid smart card payment system that effectively 100% of Hong Kong’s adult population uses), it’s easy to see how digital wallets might be viewed as a duplication of effort.

Hong Kong does have an advanced use rate of digital banks. According to a 30-country survey from Finder, 18% of Hong Kong residents maintain a digital-only bank account, and the survey projects that the metric will exceed 30% in just four years. Such accounts could become a requisite digital wallet, but that just gets back to the original point that Hong Kong is already well-served with digital options.

For retail transactions, then, Hong Kong may have the least need for a CBDC in the world.

Where an e-HKD may fail to bring benefits, an institutional or wholesale-level CBDC holds promise. Around the world, much can still be done to create faster, cheaper, more transparent, and more inclusive cross-border settlements.

Joint trials with the Bank of Thailand (BOT) started in 2019, providing a proof of concept. The central banks conducted peer-to-peer transfers and foreign exchange with reduced settlement layers.

A formal phase two brought more banks into the trial and tested programmable transaction and privacy levels while automating compliance. Based on a proof-of-authority (PoA) consensus on a permissioned Ethereum blockchain, the project has documented cross-border transfers at the rate of seconds rather than days. That’s the major benefit digital settlement is intended to offer and is the cornerstone of the more high-minded concept of inclusion.

A third phase — called Multiple CBDC (mCBDC) Bridge — that includes the Bank for International Settlements (BIS) is now underway. Compliance, compatibility and interoperability are the primary focus as design and technology trade-offs come under scrutiny. While the consortium hasn’t set a timeline and some functions still need resolution — such as FX liquidity across multiple currencies — PwC ranked the project as the globe’s most advanced wholesale CBDC development.

Actions here speak louder than words. Hong Kong is deeply involved in (mCBDC) Bridge but is now only collecting public comment for an e-HKD. A CBDC debut looks to be only a matter of time, but we can expect it to be institutionally focused. 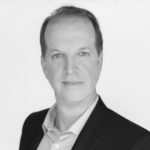 John Mitchell is the CEO of Episode Six, a payments technology firm that works with HSBC and several other companies in Hong Kong. Prior to E6, John built payment platforms and programs across multiple continents. He began working in payments at Netspend Corp., where he built its distribution network and spearheaded its market strategy. John holds a B.A. in economics from the University of Texas at Austin.

What does Lael Brainard’s rise in the US Federal Reserve mean for the crypto industry?