Axie Infinity’s decline shows that earning can’t be everything, writes Riaz Lalani of Gambit Games. What went wrong with P2E and what can we learn from it?

In the summer of 2021, a new gaming movement made its way across Southeast Asia. The story of play-to-earn NFT game Axie Infinity’s meteoric rise that year was especially evident in the Philippines where market conditions primed its success. Home to a tech-savvy demographic where there are 1.4 mobile devices per capita, the Philippines has an online gaming market that’s set to hit US$1.52 billion by 2025.

The appeal of Axie Infinity in the country, as one of the most prominent use cases of the GameFi movement, showed that real-world earning potential coupled with a casual gaming environment was a lucrative match. The financial returns could go a long way with Filipino Axie Infinity gamers remitting more than ₱2 billion (approximately US$36.9 million) back to the country.

But a year on, after user trust took a hit following Axie Infinity’s US$600 million hack, the game’s ingrained power structures and long-term economic viability have raised broader questions about the promise of play-to-earn (P2E). After peaking at over 2.7 million players in January this year, Axie Infinity’s popularity has tumbled precipitously and now has fewer than 750,000 active players.

So, what went wrong with Axie Infinity and P2E — and if we take another step back -— what can we learn from other Web2 fan experiences such as fantasy sports, to reshape the GameFi ecosystem for the better?

The economics of P2E ultimately rest in the commercialization of the gaming experience. Those who have been in the gaming industry for decades will be familiar with the powerful economic opportunities that arise out of strong in-game and out-of-game communities. The supply of monetized collectibles, avatars and in-game experiences will always have demand as long as users recognize their value.

This begs the question: How many people are here to buy in-game assets and play and how many people are here only to sell in the hopes of turning a profit? When the dynamic skews toward the latter, the balance of supply and demand collapses, leading to a market purely full of other sellers operating under the greater-fool theory. The current state of Axie Infinity’s economics has even prompted critics to decry that the title has exploited the narrative of financial empowerment across underserved economies.

Joining the game in the hopes of a return (and a profit) becomes especially tricky once you factor in inflationary NFT (non-fungible token) prices, cryptocurrency price fluctuations and transaction fees. As of March 2022, the average cost of a single Axie was approximately US$37, which means that forming a starting team of Axies could cost a user upwards of US$110 — an altogether unaffordable investment given that the average daily minimum wage in the Philippines is approximately US$10. Research has also shown that many scholars — new users who rent in-game assets from individuals or gaming guilds as part of a profit-sharing model — are actually making less than the daily minimum wage in the Philippines.

If Axie Infinity has taught us anything, it’s that earning is one thing, but it can’t be everything. Ultimately, if we take it as one of the earliest road markers in the long journey ahead for GameFi, it’s clear that we, collectively as an industry, need to go back to the roots of gaming as a whole. In recognition of this, Axie Infinity is gradually incorporating mechanisms to prompt an ideological shift towards play-and-earn in order to rebalance the current dynamic between players and sellers within its ecosystem.

The introduction of Axie Infinity: Origin (Battles v3), which was announced earlier this year, involved the introduction of new game mechanics such as the use of runes and charms to improve the performance of one’s Axies. These would be crafted by spending SLP and the game’s other off-chain currency Moonshard. As these items disappear and refresh after each season, players are forced to retain and use the in-game currency — effectively stabilizing the price of SLP as a token-burning mechanism — to keep their teams competitive. Whether this will ultimately and meaningfully change user behavior is up for debate.

Curiously, we’ve seen the same parallels in the Web2 fantasy sports ecosystem. Daily fantasy sports, for one, faces similar challenges where high earners “game” the system through calculated moves mapped on spreadsheets while having the funds to maximize multiple entries within a contest or tournament. The economics of inequality here, where the majority — 80% — of players are doomed to lose money, has led to a far from level playing field.

While daily fantasy sports share synergies with sports betting, those who enter seasonal fantasy leagues ultimately do so as the next phase in their love of a specific sport as well as a social connection to their friends — rather than purely to earn. Identifying and capitalizing on the sweet spot that enables players to tap into their love of the game and the community around it is what ultimately shifts the dynamic away from P2E.

In light of the parallels, the intersection of sport and crypto has grown rapidly, seeing participation from sport franchises and leagues looking to strengthen their fan engagement efforts. In fact, Deloitte estimates that NFTs in sport are expected to generate over US$2 billion in transactions this year — double the figure for 2021. Yet, in going beyond collectibles towards utility and gamification, fantasy sports could provide a clue as to how Web 3.0 can meaningfully enable a fairer gaming experience all while bypassing the challenges that P2E has seen in the past year.

Shifting to a new model

If we combine gaming, crypto and sports, there is an opportunity to shift to a new model — one that promises greater focus on the foundational principles of gaming as a whole. To appeal to these gamers, we need to prevent them from being easily swayed by the next title or the latest platform that comes their way. This points to the need for mechanics that allow for a greater attachment to be formed between the player, the surrounding community and the environment itself, allowing for more persistent engagement and long-term loyalty.

This attachment is especially prevalent in the world of sports, where an ecosystem of fan experiences has spun off into memorabilia, video games, entertainment and most of all, fantasy sports. Here, the attachment that sports fans have translates into a whole new avenue to extend the gameplay — where they become active participants in building their own teams and not just viewers from afar. As a result, fantasy sports have exploded the value of sports leagues and franchises, from a hobby where fans follow their one favorite team to an all-encompassing passion where fans have rooting interests in every single game.

With this in mind, a new breed of NFT gaming is pioneering a new economic model that could be described as play-to-own (P2O) to fix some of the early mistakes of P2E. These games are designed to be fundamentally more accessible to new players with mechanics such as free-to-play modes and fungible tokens to mitigate the user retention issues seen in Axie Infinity and other P2E games. This ensures that new players are entering the game for the right reasons — be it the gameplay or as an extension of the sports fan experience — all while enabling them to benefit from the accessibility and equal opportunity offered by Web3.

In the context of fantasy sports, P2O promises an environment in which players have the equal opportunity to buy an athlete token and truly be an owner of the teams they build. The satisfaction is less in the financial incentives but more of mastering the game in itself which leads to new models of ownership.

It goes without saying that the Asia-Pacific region represents a significant user base, home to more than 1.5 billion gamers, accounting for over half of the global gamer population. While P2E primed gamers for the idea that they could truly own in-game assets, we believe that we, as an industry, can go even further by empowering them to own the game experience as a whole. P2O also reinforces the fact that in-game assets have intrinsic utility — beyond their monetary value as something to be traded and sold, they enable players to be part of a community that celebrates the fan culture of a sport.

Whether it’s basketball, football (or soccer in the U.S.), cricket or anything else with a ball, sports will be the route into Web3 for potential P2O players across the world.

Reigniting the spirit of community

P2E was a critical first step for the blockchain gaming ecosystem that’s come a long way since the early days of CryptoKitties. While it may be easy to fall back on the earning opportunities, Axie Infinity’s struggle to pivot to play-and-earn shows that it’s important to get the economics right from the get-go. After all, the Web3 movement is driven by the participation of many — and what better way to espouse that than true ownership? Collectively taking charge of your gaming experience is undoubtedly much more empowering that remaining beholden to the earning and gaming dynamics decided by a limited few. 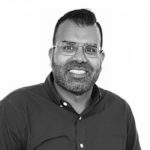 Riaz Lalani is the founder of Gambit Games/a>, a tokenized fantasy sports platform. Based in Toronto, Riaz has over 15 years of experience working at the intersection of gaming, sports media and e-commerce. He was formerly chief product officer of Inkbox, vice president of product management at theScore and head of product at Zynga’s Toronto studio.

As earnings from play-to-earn games dwindle, some turn to upskilling players