Why blockchain is the cornerstone of investing in our planet

Can blockchain embody the values of Earth Day? Consider its growing role in ESG and the energy-efficiency of newer crypto, writes Eddie Hui of MVGX.

Gone are the days when businesses could operate with a “growth at all costs” mindset. The crypto industry, which has exploded in size at an unprecedented rate, is now dogged by mounting concerns around climate change, energy expenditure, and growing scrutiny from critics. Arguably one of the most sought-after industries in the digital economy, the crypto sector is on a trajectory to become a US$4.94 billion market by the end of the decade, intensifying calls for greater accountability among industry players as the space matures. Despite its power and potential, crypto’s energy impact has polarized both adversaries and advocates as a sector that is both revered and feared by industry leaders, policymakers and environmentalists alike.

Concern ultimately stems from legacy blockchains such as Bitcoin that have elected to use proof of work (PoW) as their consensus protocol. Though arguably lending towards greater security and decentralization, PoW requires a great deal of computing power and therefore, high energy consumption at an estimated 137.36 TWh each year — nearly three times more than the energy consumption of Singapore. With this in mind, the industry has often been slammed for its negative impact on the environment.

Yet, conflating Bitcoin’s energy-intensive consumption with the entire digital asset industry and painting it as unsustainable is a myopic oversight — especially since crypto and blockchain are not one and the same. Critics often fail to disentangle PoW protocols from the more sustainable proof of stake (PoS), overlooking the promises of blockchain and its potential to be an impetus behind creating a greener future. Faced with the escalating threat of climate change that is even worse than initially predicted, should critics reevaluate the blame game and re-examine the role of blockchain in reaching global sustainability targets?

More sustainable than ever

In just over a decade, crypto and the broader blockchain industry have evolved from relative obscurity to mainstream appeal, enabled by a slew of notable cross-sector partnerships and the staggering rise of non-fungible tokens. While recognized as a legitimate asset class, behind its rapid uptake is the fundamental fact that the tech remains incredibly nascent: A decade is hardly any time, after all, when it comes to network infrastructures.

Yet, within this period, the space has made tangible inroads in addressing criticisms around energy expenditure. The notoriously energy-intensive Bitcoin mining process, though frequently vilified, saw at least 74% of its energy consumption coming from renewables in 2019, as miners will actively seek out what’s cheapest to power their operations. With renewable energy continuously becoming more affordable — solar power costs, for example, have fallen by over 80% over the past decade — the decision for miners to choose renewables is easier than ever. Simultaneously, this also encourages countries to monetize their renewable energy by selling it to crypto mining businesses, rather than transporting this energy abroad, which is not only costly and logistically challenging but equally bears its own carbon footprint.

However, the case remains that every technology is only as good as its underlying energy — and unless the sector fully transitions to renewables or more eco-friendly hardware, it would be hard to see tangible results. In light of this, the Crypto Climate Accord (CCA) was launched by the Energy Web, Alliance for Innovative Regulation, RMI, and the World Economic Forum to eliminate emissions from the crypto industry by transitioning all blockchains to renewable energy. Backed by over 250 of the world’s leading blockchain companies and crypto mining businesses, CCA envisages an industry that is 100% powered by renewable energy by 2025 and net-zero emissions from electricity consumption by CCA Signatories by 2030.

Beyond industry pledges, leading blockchain crypto projects have also pledged their commitment to more sustainable alternatives, with the likes of Polygon Network contributing US$20 million to community initiatives that leverage the power of technology to mitigate climate change. As early as 2020, Ripple also partnered with the Energy Web Foundation to co-develop EW Zero, an open-source tool that enables any blockchain to decarbonize its operations through the purchase of renewables in local markets worldwide. Evidently, the industry has recognized the role it’s playing in accelerating climate change while taking critical steps to mitigate its negative impact in its journey towards more sustainable operations.

A front runner in sustainability

What’s more, blockchain itself can actually play a role in enabling businesses and governments to reach their sustainability goals. Even as the U.N. Climate Change Conference (COP26) agreed to offer tools for nations to improve environmental data integrity, enabling them to move away from the Excel-based manual reporting that we see today, challenges still remain. Enabled by its inherent traceability and immutability, blockchain has already been hailed for its value and utility in strengthening data integrity and instilling greater trust and transparency in the ESG (environmental, social and governance) sector by the Organization for Economic Co-operation and Development (OECD) and the European Union (EU).

Data integrity, for one, is a critical pain point in the industry — after all, how can we assess the impact of our sustainability efforts if we can’t even trust the underlying data? Blockchain can eliminate the issue of double-counting, where multiple parties lay claim to the same climate action. This is one of the most challenging aspects of the Paris Agreement (COP21) pertaining to the proper accounting for and tracking of carbon credits. With its ability to provide real-time data updates and a record of carbon performance, blockchain can ensure greater visibility across each step of the carbon reporting process and enhance our understanding of where we stand in the global fight against climate change.

Additionally, blockchain can be the driving force behind supporting and building sustainable infrastructure. By tokenizing illiquid sustainable infrastructure and lowering ticket sizes, there are fewer barriers to entry into sustainable investments, encouraging greater inflows into the sector. By diverting more capital toward the industry, green initiatives can be better supported and made more accessible to all, especially across emerging economies as they work toward their own sustainability targets. As Asia continues to be a front runner in the blockchain space, the region can leverage its unique position in leading a technologically-driven fight against global warming.

As crypto enthusiasts contemplate the industry’s fate, it’s clear that sustainability can no longer sit on the backburner. While an industry powered by renewables is on the horizon, much more needs to be collectively done now to reach the targets set in accordance with the U.N.’s Sustainability Development Goals. This year’s Earth Day message calls on us to invest in our planet. This feels especially befitting when blockchain is viewed as the linchpin to realizing a greener future — literally funneling more investments into green projects and delivering greater trust and integrity into the sector that underpins them. 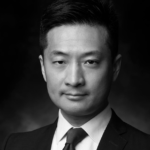 Eddie Hui is the chief operating officer of MetaComp, a cryptocurrency exchange that is a subsidiary of MVGX, a digital green exchange licensed and regulated by the Monetary Authority of Singapore. Eddie has over 20 years of experience in the financial services industry, working mostly for Société Générale in roles including COO for Proprietary Trading, COO for Prime Services and COO for the Equity Market Making desk. Eddie holds a master of science in engineering degree from ENSEEIHT (Ecole Nationale Supérieure d’Electrotechnique, Electronique, Informatique, Hydraulique de Toulouse).

How Fetch.ai and Datarella are bringing crypto and AI to boost micromobility services