What is Algorand and why is it a blockchain to watch?

Algorand ‘re-imagines’ blockchain by trying to solve key weaknesses of Bitcoin. Learn about this wannabe Ethereum killer in this Forkast.News explainer.

Algorand “re-imagines” blockchain by addressing the key weaknesses of Bitcoin such as slow transactions and high mining costs. It is designed to facilitate secure, instant, and auditable transactions.

Recently El Salvador — which has adopted Bitcoin as legal tender — partnered with Koibanx to develop the government’s blockchain infrastructure using Algorand. The aim is to utilize the blockchain network for both private and public initiatives across Latin America, which includes smart contract financing platforms, a blockchain-based Covid-19 certification program and a point-of-sale credit issuance system.

Meanwhile, Lovechain built its decentralized social media platform on the Algorand blockchain. Its users will be rewarded using its native LOV token and allows them to capitalize on the value of their digital content creation.

Some of Algorand’s use cases include infrastructure, supply chain, securities, stablecoins, digital assets, gaming and insurance.

The Algo has seen a 3% fall  in the past 24 hours along with the market’s heavy bearish movement in the past week. Presently, Algorand has a market cap of US$10.6 billion, an annual growth rate of 330%, ranking it the 21st most important token on CoinMarketCap.

Algorand’s blockchain network was designed to improve efficiency and transaction speed, thereby cutting down massively on transaction costs, although it is a wannabe Ethereum killer. An Ethereum killer is an open source blockchain network that aims to provide superior performance in order to edge out Ethereum, which is recognized as the world’s most popular decentralized marketplace for financial services, apps, and games.

This Forkast.News explainer will explore:

Algorand is an open-source blockchain project that supports the creation of dApps and DeFi on its secure, scalable and efficient blockchain platform. This makes the Algorand blockchain a high-performing and secure blockchain with unique layer-1 smart contract functionalities that meets the needs of developers and over 500 companies. Still, Algorand aims to grow its transactions to 46,000 transactions per second to enable it to provide the cheapest transaction fees on a highly secure network.

Algorand is designed using a permissionless blockchain protocol that can finalize instant transactions without any uncertainty.

Algorand was founded by Silvio Micali, a computer science professor at the Massachusetts Institute of Technology. Silvio received the 2012 Turing Award for his innovative contributions in cryptography, blockchain and cryptocurrency protocols, and electronic cash, making him a leading mind in the cryptocurrency and blockchain industry.

Silvio Micali has been a professor of cryptography since the 1980s. Around 2015, he started researching how to create a better blockchain technology instead of criticizing Bitcoin and put up the research article on the internet.

He was then approached by Nickolai Zeldovich, an MIT professor, about simulating the findings with dedicated servers from Amazon.

Based on the success of testing the new blockchain technology with different simulated transactions, the Algorand company was incorporated in 2017.

Algorand’s white paper was co-authored in 2017 by Silvio Micali and Jing Chen, a professor at Stony Brook University.

The Pixel is a pairing-based multi-signature consensus protocol designed to secure signatures on proof-of-stake blockchains. It can reduce bandwidth consumption, storage usage and also the processing power needed by nodes.

The Pixel signatures are forward-secure, leading to the evolution of distinct keys for signers over time to prevent posterior attacks on blockchains, such that new keys cannot be generated for use on old blocks.

Vault is a security mechanism in the blockchain ecosystem that prevents instant withdrawals of cryptocurrency.

To withdraw cryptocurrency from a vault, users have to issue a request while the process is completed during the stipulated wait time. During the wait time, the withdrawal request can be nullified using a recovery key.

Vault cuts down on storage usage and bootstrapping costs for participants. Therefore, users are not required to download, store, and verify large volumes of data before participating in consensus protocols.

This prevents forking, which is a common characteristic of proof-of-work blockchains where two different blocks at the same position can be added to a chain of transactions. Therefore, only one Algorand chain can exist at a time, irrespective of the given situation.

Algorand does not have dedicated nodes or users that determine the next block; rather, participants are continuously selected randomly and secretly to participate in Algorand’s consensus protocol.

Therefore, each block in the Algorand blockchain reveals the next group of participants, making it extremely difficult to predict participants in blockchain confirmation. Since the participants are replaced for every block selection, it effectively protects the blocks from attacks.

Algorand has an efficient Byzantine protocol that can reach consensus on the next block at high speed. Therefore, the Algorand blockchain can support billions of users. In essence, Algorand can sustain a high transaction rate while maintaining low transaction costs since computing power is not lost in solving cryptographic puzzles.

Algorand’s token is trading at US$1.71 as of the time of writing, according to CoinMarketCap.

Just like ether, Algorand charges gas fees in its native token, the Algo. Therefore, transactions and smart contracts implemented on Algorand’s platform are paid for using the Algo token.

Also, Algo token holders can earn up to 100% of their token holdings in two years by participating in Algorand’s 200 million staking program and other open channels for earning Algo without risk.

5. The future of Algorand

The Algorand blockchain network has been benefiting from worldwide adaptations since its launch in 2019. The project has caught the attention of governments, investors, industries, and other major stakeholders in cryptocurrencies because of its instant transaction finalizations and high TPS rate.

Take, for, instance, LoginID, a multi-factor authentication company partnered with Algorand for the development of FIDO-certified biometric authentication solutions. Thanks to Algorand’s blockchain, Abris.io recently launched a white label NFT solution and an NFT marketplace.

Based on Algorand’s high TPS, low transaction fees, and cutting-edge core architecture, Algorand early adopters can hope that it will experience widespread adoption across the world. Meanwhile, altcoins like Ethereum, Polkadot, Solana, Tezos, and Cosmos pose as stiff competitors against Algorand. 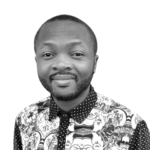 Daniel is a professional SaaS and cryptocurrency content creator, with a background in computer science. He has a passion for cryptocurrency and is always learning and adopting new techniques and tools for trading success. When he is not writing, he is probably busy designing graphics.