If successful, Ethereum’s Merge will cause a sea change in ETH supply and value

The Merge, one of this year’s biggest crypto events, is now due to happen next month. Why is it so hotly anticipated — and feared?

With U.S. CPI data not as bad as expected, Ethereum was leading the crypto rally earlier this month. Not least because the Merge is coming, and it’s one of the most anticipated events in crypto this year. Scheduled for September, the Merge will change the supply of ETH and could even cause the second-largest cryptocurrency to become deflationary.

That’s right, deflationary. After the Merge reduces the issuance of ETH, the current burn mechanism, where tokens are removed permanently from circulation, could cause the supply of ETH to decline. What happens next is up to overall supply and demand.

The Merge is a protocol upgrade to the Ethereum blockchain, which changes its consensus from “proof of work” (PoW) to “proof of stake” (PoS). Essentially, Ethereum is changing the way it processes transactions on its blockchain.

According to Ethereum developers, the new system will increase the network’s security, making it almost impossible to attack the network. It will also be more energy-efficient, reducing energy consumption by roughly 10,000%.

It’s called “the Merge” because the upgrade involves combining the Ethereum Mainnet with the new PoS chain, also known as the Beacon Chain. The Beacon Chain has been operational since December 2020, and the Ethereum community has been using the interim to carry out tests, root out bugs, and gather enough validator nodes to run the network.

The Merge happens when the last block of data is produced on the old PoW blockchain. The very next block will be produced on the new Beacon Chain. This means that, from a user perspective, nothing will change.

The market has taken the news as bullish with the price of ETH rallying over 70% from its recent low. While some will no doubt treat this as a “sell the news” event, the change to PoS will alter the way ETH is issued, which could bolster price action far beyond the event itself.

Under the old PoW system, the Ethereum blockchain needed to issue about 13,000 ETH per day to pay the network validators, or “miners.” This was to compensate miners who had to buy specialist computer equipment and pay for the electricity to run them.

Staking, on the other hand, simply requires that users lock up 32 ETH and run a node. “Running an Ethereum node may sound complicated at first, but it’s merely the act of continuously running client software on a computer while connected to the internet,” according to the Ethereum website. After the Merge, Ethereum will only need to issue 1,600 ETH per day to pay the roughly 5% APY needed to incentivize its stakers — an eightfold reduction in issuance.

After the Merge, Ethereum will “burn” — or permanently remove from circulation — all base transaction fees. “For a transaction to execute on Ethereum, a minimum fee (known as a base fee) must be paid.… This fee gets burned during the transaction process, removing it from circulation,” according to Ethereum’s website.

Ethereum pegs the total ETH supply at about 120 million. Due to the high fees needed to sustain its former PoW model, the supply was inflating at over 4% per year. But, after the Merge, with the reduction in issuance combined with the burn mechanism, researchers speculate that the asset will become deflationary at a rate of -1.5% per year.

Of course, the risk is that the Ethereum team bungle the operation, which would cause havoc considering that Ethereum is one of the most important commercial structures in crypto. US$38 billion is held in smart contracts on the chain, and all the most valuable NFTs (non-fungible tokens) such as Bored Ape Yacht Club live there.

Even though Ethereum’s co-founder Vitalik Buterin said recently that the Ethereum community has “been completely supportive of the proof-of-stake effort and the ecosystem has been quite united around it,” the Merge will leave a fair few disgruntled ETH miners out of a job.

These miners might migrate to Ethereum Classic, a copy or “hard fork” of the Ethereum blockchain created in 2016 following the DAO hack that still uses the PoW system. However, liquidity on the chain is minuscule in comparison to the mainnet; it only has about US$250,000 held in smart contracts.

Some Ethereum miners are planning to fork Ethereum again and create a new PoW chain. Ultimately, it’s stablecoin providers, as the key source of liquidity for crypto, who will play kingmaker depending on which chain they will allow redemptions on. Most expect they will choose to keep working with the Ethereum mainnet.

A successful Merge could help buoy the price of ETH and help turn the tide in the wider crypto markets. Long term, a successful upgrade would be another step in Ethereum becoming the base layer of the new internet. 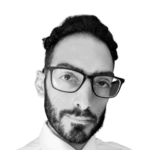 Nathan Thompson is the lead tech writer at Bybit, a top-20 cryptocurrency spot exchange and the third largest crypto derivatives exchange in the world by volume. Nathan has also worked as a freelance journalist and photographer. He owns a small amount of Bitcoin and some other leading cryptocurrencies.