Why are stablecoins overwhelmingly backed by the US dollar?

Stablecoins are taking the world by storm and it’s the US dollar that outweighs any other fiat-backed cryptocurrency. What are the reasons for the greenback’s dominance?

While Bitcoin has grown to become a byword for cryptocurrency, stablecoins — tokens backed by real-world assets like the US dollar — have quietly established themselves as a lynchpin of the decentralized economy.

In 2021, the market capitalization of stablecoins grew nearly fivefold to US$140 billion. The market grew by US$40 billion this year through March.

While there are dozens of stablecoins in circulation, most are tethered to the US dollar. Tether, USDC, BUSD, Terra USD and DAI all rely on the greenback to provide consistent prices for their tokens.

According to CoinGecko’s data, USD-denominated stablecoins make up for about 98% of all the stablecoin volume. But why?

The US dollar’s numero uno status comes from its wide use in traditional markets.

Central banks and institutions around the world prefer to trade with each other in the US dollar. According to officials at the Federal Reserve, the US dollar dominates official currency reserves, foreign-exchange transaction volume, foreign-currency debt instruments, cross-border deposits and cross-border loans.

In a weighted index of how currencies are used, the greenback is rated at 75, dwarfing the euro, the second-most used currency by the finance industry with a score of 25.

The same dynamics are reflected in the stablecoin market with USD stablecoins leading the pack.

“US dollar stablecoins provide attractive alternatives to traditional financial products and they are one of the main drivers for the institutional adoption of crypto,” says Michael Svoboda, COO of Liquity, a decentralized borrowing protocol.

His statement is supported by statistics from a recent CoinShares report: Global crypto-themed funds saw record net inflows of US$9.3 billion in 2021, a 36% increase over 2020 as institutional adoption grew in a breakout year for crypto assets.

Because stablecoins are crypto-assets that aim to track the price of widely used fiat currencies, they are sought after for their low volatility in a space prone to spikes in price. Derivative markets, meanwhile, have relied on stablecoins as a form of settlement currency over any other token.

Arguably the biggest draw for US-pegged stablecoins has been their utility in the booming DeFi market. High interest rates are drawing in stablecoin holders to decentralized finance projects like AAVE and Uniswap, helping with liquidity for the wider market.

This trend is also confirmed by Svoboda. The protocol’s stablecoin LUSD has gained popularity with DAOs treasuries as it offers a competitive yield source and provides full redeemability at any time, which prevents classical run-on-the-bank scenarios.

Another reason investors prefer dollars over rival currencies comes down to regulation.

“For the third biggest fiat currency, the euro, regulation and negative interest rates are stumbling blocks,” argues Alexander Bechtel, a lecturer and researcher at the University of St. Gallen and host of a podcast on digital currencies.

According to Bechtel, stablecoins in Europe are regulated under the European Union’s MiCA framework, which classifies stablecoins as e-money tokens and demands issuers to have an e-money license. Additionally, stablecoin issuers are required to hold either cash or cash equivalents in the form of government bonds or similar financial instruments.

And this is where the crux of the matter is.

Most euro-denominated assets have negative yields, which adds to the cost of backing a stablecoin with it. “This doesn’t add up for stablecoin issuers that would have to charge their users uncompetitive transactions fees,” Bechtel concludes.

Agreeing with Bechtel is Armin Schmid, Head of Pay & Stablecoins at Bitcoin Suisse AG, Switzerland’s earliest crypto broker and issuer of XCHF, a stablecoin backed by the Swiss franc. The stablecoin’s market cap is in the ballpark of a few million US dollars and this is intentionally so.

“The fixed costs associated with the XCHF come from the fact that the stablecoin uses the correct regulatory set-up,” says Schmid. And he adds: “The negative interest rates on Swiss franc denominated assets also weigh heavily on the stablecoin — too heavily.” If he were to start over, he would go for crypto-backed stablecoin similar to that of Liquity, which also works with a leaner regulatory set-up.

What befalls the XCHF stablecoin is also burdening euro-denominated ones. So although there are a few options — namely Celo Euro, Statis Euro, or Monerium — they have failed to gain wider traction because of the regulatory landscape.

As Schmid says: “It’s not that the demand for non-US dollar stablecoins isn’t there. We are getting a great number of requests and this will not be different for other stablecoin issuers.” But the reality is that so far for most business cases, the existing stablecoins present no cost-effective solution.

One factor that could tip the scales on this is traditionally regulated banks. As proposed by Fed experts in a recent post, banks could tokenize their deposits, effectively turning them into stablecoins. “The big advantage that regulated banks have is that they have access to central bank payment systems, meaning they can use central bank reserves to back their stablecoin,” argues Bechtel. Although he thinks it will still take some time, he inevitably sees traditional commercial banks launch their own stablecoins in the near future.

There are also voices that raise some concerns with this approach. Longtime crypto advocate and Wall Street veteran Caitlin Long has pointed to possible risks associated with the issuance of stablecoins by traditional banks. In a recent tweet, she argues that they could run the increased risk of bank runs because the fast settlement period of stablecoins potentially clashes with their traditional banking business model of short-term borrowing for long-term lending. If a stablecoin transaction demands settlement but money is lent out long term, the mismatch in duration can potentially cause disruption.

The future is undecided

As of now, it is hard to predict how exactly the stablecoin market will develop. While other fiat currencies may not challenge the US dollar anytime soon, some projects are creating synthetic versions of them to create foreign-exchange markets on the blockchain. One upcoming solution that is providing all sorts of different on-chain fiat currencies is the Jarvis Network. This solution is based on the Synthereum protocol, which enables a capital-efficient on-chain forex market.

As such it allows for seamless exchange of different Jarvis fiat currencies (jFIATs) without price impact, because the deep liquidity of USDC is used for the swap. All jFIAT stablecoins, be it jEUR, jGBD, jYen or jCHF are over-collateralized, stable, and liquid.

Thanks to Jarvis Network’s ecosystem consisting of fiat on and off-ramps, jFIATs of all kinds can be used to do efficient cross-border payments all across the globe. A cross-border payment between Brazil and France was processed on the Binance Smart Chain involving banks and stablecoin issues from within the Jarvis Network ecosystem. The outcome was a fast cross-border fiat currency exchange that was about 3.44% cheaper than established services like for instance Wise (formerly TransferWise).

As elegant as this system is, it still has its risks. The biggest is USDC since all of Jarvis Network’s stablecoins are over-collateralized using — again — a US-based stablecoin. This is why the ultimate goal might still be a decentralized stablecoin version like the one provided by Liquity.

Asked if Liquity will bring a non-US dollar stablecoin soon, Svoboda says: “Creating an analogous system for a EUR or CHF stablecoin would be quite straightforward. But only if such a stablecoin is widely adopted and well-integrated in the ecosystem will it succeed. Thus, demand, potential use cases, and timing are critical — we are definitely looking into it but it’s not one of our top priorities,” he added.

It seems that the dominance of US currency will prevail for some time — also in the crypto markets. After all, there are some things that take longer and aren’t changed by technology alone. Fortunately, though, the crypto markets famously move at the speed of light, so things can still change quickly. 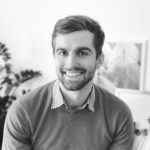 Pascal Hügli is the chief researcher at Insight DeFi, a Swiss research boutique. They publish a bi-monthly newsletter in German as well as an English podcast. At the same time, he is an accredited lecturer at HWZ and CCFE, and author of the book “Ignore at Your Own Risk: The New Decentralized World of Bitcoin and Blockchain.”

Where is the stablecoin market heading in 2023?