Why crypto remains niche and far from the mainstream

The crypto world is plagued by products that are hard to use and have little utility, writes Roman Kashcheev of Quantfury. What can turn things around?

Cryptocurrency continues to capture the imagination of proponents and make headlines on an almost daily basis. But in many respects, it remains an immature industry with relatively few use cases. The main struggle right now is adoption, especially during a bear market — in terms of raising overall awareness and encouraging more people to actually utilize both cryptocurrencies and blockchain technology in everyday life.

For the past five years or so, buzzwords have too often defined the industry. In 2017, initial coin offerings (ICOs) were all the rage. Today, non-fungible tokens (NFTs) are essentially the ICOs of five years ago. Next year, there will likely be a new crypto buzzword.

Due to the industry’s obsession with flashiness over substance, not enough companies in the crypto space are focused on building a quality product from a user interface and user experience perspective, delivering real value and providing a great customer experience. It shouldn’t be about just creating some cool new trendy thing but offering an actual use case and value that people seek in their everyday lives.

Value is about providing something consumers need, offering a solution to a problem they have or allowing them to do something they find appealing. Instagram took off as people recognized both the ease of use and how much they valued keeping their social circle informed about their activities. One of Twitter’s greatest value propositions is allowing anyone to connect and interact with authority figures and celebrities, which helped fuel its meteoric rise.

In fintech, value typically means you build something that provides a service or feature that hasn’t existed before or offers at least a 10X improvement on what’s currently available. It will be much faster, better or easier compared to existing offerings.

Robinhood is a great recent example of just that. Previously, people had to rely on financial advisors and utilize various bank services to buy stocks and other financial assets. The system was outdated, limited and overly technical to navigate for the average person. Robinhood then emerged and made it extremely accessible, providing significant value through an innovative and targeted business model.

With cryptocurrency, the underlying concept is amazing. You can transfer value and monitor it around the world on a transparent, distributed ledger that no one owns or controls.

When ICOs came along about five years ago, many of them offered great value components on the surface. Regulations, compliance and jurisdictions aside, it became much quicker and more efficient for companies to raise capital. They could essentially bootstrap the ecosystem and have a good base of potential users — the early adopters.

The downside? A lot of scams developed due to the lower barrier to entry, and bad actors were using buzzwords with little actual value to create a sense that the “next big thing” was here. It turns out that many people who are really good at marketing aren’t very adept at building good products, or don’t even want to build them in the first place. So most ICOs, as with most IPOs in the late 1990s, turned out to be either scams, failed or mismanaged.

For non-fungible tokens, the same pattern has emerged. Artists now have an efficient way to digitally “watermark” their works to combat plagiarization and provide proof of ownership, while earning commissions on secondary market sales. So there are very specific use cases for NFTs with clear benefits. But still, the majority of them are just speculation or ridiculous nonsense — which the plummeting NFT market is now reflecting.

The future of crypto won’t be about latching on to the next buzzword like we’ve seen in the past, from ICOs to decentralized finance (DeFi) to Web 3.0 to NFTs.

Although the idea of being your own bank is a great innovation, it isn’t yet user-friendly enough to gain widespread adoption, so the value has been limited to the tech-savvy. Unfortunately, some cryptocurrency companies are now well known and trendy because they buy naming rights to stadiums or have celebrity endorsers, rather than focusing on their product and service. Behind all that, they’re often just white-label platforms that offer no innovation or value and typically provide a poor or overly complicated user experience.

A great product is one that is user-friendly and a source of real everyday value for its users. It’s also better, faster and easier than any existing offerings as well as backed by knowledgeable and fast tech support.

Above all, adoption poses the main challenge for the future of cryptocurrency. The reality is that the better the user experience, the more centralized the platform. So the question becomes: Is there a middle ground where you can improve the experience while retaining the idea of decentralization?

Whoever creates a mainstream product that introduces the average person to crypto in a user-friendly, intuitive way would solve the adoption issue and take the whole industry to another level. 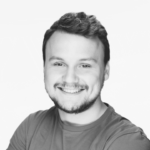 Roman Kashcheev is the general manager of Quantfury, a global brokerage firm that offers trading and investing in traditional and crypto assets.