Blockchain games are soaring in popularity, achieving a 2,000% annual growth in the first quarter this year. For the most part, we can attribute this success to its decentralized nature. As a centralized authority is effectively removed, gamers can independently own and trade their earned in-game assets in the form of digital gaming tokens such as cryptocurrency or non-fungible tokens (NFTs).

This greater monetary freedom resultantly allows for higher levels of gaming interoperability, where in-game assets can cross the boundaries of different gaming universes. Blockchain platforms can also effectively operate forever, even if a game developer leaves their role.

With the current multitude of benefits in blockchain games, the next step to sustaining the industry’s accelerated growth is to safeguard its internal systems through sound regulations. These regulations should aim to strengthen the internal infrastructures of blockchain games while ensuring that the games comply with prevailing laws that may differ from country to country. Doing this with blockchain games alleviates potential network, scalability or intellectual property (IP) issues in addition to legally protecting stakeholders in the industry.

Depending on whether it is public or private, blockchain ledgers and transactions are well known for their transparency among all participating stakeholders. But it is with this transparency that users must be especially cognizant of the regulations present in their country of operation.

In a blockchain game, the value of any gaming token is based on real-life cash and physical assets. Since real-life cash and assets are privy to prevailing asset-based laws in a country, the same would also be applied to these gaming tokens. Therefore, it is crucial for blockchain gaming companies to collaborate with different governments and municipalities to be well-informed of the local laws — ensuring that their games can be played anywhere with the utmost legal acceptance.

The tokenization of gaming assets has highly contributed to the success of blockchain games. Currently, there is a common understanding that when a gamer earns one token, it means that they have the rights and licenses to sell that token on third-party marketplaces. Gamers could even use their tokens’ underlying digital assets on other blockchain games. Simultaneously, blockchain gaming companies can also ensure that they communicate the different scopes of token ownership rights to their gamers clearly.

By doing this, gamers would thus be able to fully comprehend the extent of token activities that they can do, and they can even confirm if they have intellectual property rights.  For instance, a notable blockchain game, CryptoKitties, gives gamers the license to sell and trade their NFT artworks but not the actual ownership — clearly defining the boundaries of what can be done with their earned gaming tokens. From a gamer’s perspective, such clarity of rules can better help manage expectations toward token activities.

From a gaming company’s perspective, this would also help them to protect their intellectual property rights, as they can better observe rights clauses towards their gaming tokens — helping to better inform them on whether they should carry out future IP-related strategies. Overall, the optimal way for blockchain gaming companies to ensure clarity in these ownership rights rules would be to collaborate with specific regulating bodies such as IP authorities, emphasizing that collaboration is key to preparing and abiding by sound regulations.

Rules and decentralization can coexist

While it is advisable to introduce some limits to the blockchain game space, it is natural for developers to want to know in detail how these regulations may affect the decentralized nature of blockchain games.

To allay such queries, blockchain game developers must communicate and emphasize the “big picture” of why blockchain games first came into existence. This means a provision of a transparent platform for gamers to independently earn money and to provide digital assets that can be ubiquitously used across the blockchain game multiverse.

Regarding the minute details of legal repercussions and how much gamers can actually own their digital assets, blockchain game developers must step forward to clarify their individual smart contracts. This will assure the gamer while also maintaining the game’s integrity.

Adopting rules in blockchain games will not only maximize the efficiency of gaming operations but it ultimately ensures the security of the ecosystem players involved. Gamers can enjoy greater clarity in their asset-earning endeavors while developers can mitigate against IP risks. More importantly, both sides can be protected by prevailing laws in their respective countries and are assured to be on the right side of gaming activities legally.

Blockchain gaming is here to stay. Its breakneck development continues to excite us for future opportunities and a higher echelon of evolution for games. We champion decentralized environments that are also safe for all blockchain gamers, and we urge all companies to do the same. 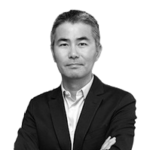 HyunGuk (Henry) Chang is the CEO of Wemade, a South-Korean game development company. Prior to Wemade, HyunGuk started his career in the gaming industry at Nexon. He then served as the CFO and director of strategic planning at Neowiz Mobile, a mobile game publisher, before joining Wemade as the head of the strategic planning division and later becoming CEO. He holds a bachelor’s in business administration from Seoul National University and a master’s in management engineering from KAIST College of Business.

Crypto’s biggest problem is not volatility, but scalability