Happy birthday to Bitcoin! What will it become when it’s all grown up?

It takes a village to raise a child, and Bitcoin is no different — we must support its growth but also set firm boundaries, writes Justin d’Anethan of Amber Group.

This week, Bitcoin is celebrating its 14th birthday. As the most well-known cryptocurrency in the world eases into teenhood, it faces a future that, while seemingly tainted with uncertainty, is also brimming with endless possibilities.

After all, it was the genesis of Bitcoin in 2009 that birthed the emerging technology of blockchain and marked the start of the decentralization revolution across the globe. With blockchain and cryptocurrency having cemented their place in the mainstream, and Bitcoin even likened to gold due to its utility as a store of value — its potential for growth is evident to all.

But much like every coming-of-age story, what lessons might the industry learn from its tumultuous journey thus far, and what can we look forward to in a new world that is discovering meaning and sense?

Bitcoin’s birth: a story of hope

Amid what was arguably one of the most devastating financial crises in history, public distrust of central governments and financial institutions grew to an all-time high following the colossal collapse of Wall Street behemoth Lehman Brothers in 2008 — but from the ashes rose Satoshi Nakamoto, the pseudonym of a person or group of individuals who brought forth Bitcoin, a trustless model for electronic cash transactions.

Nakamoto’s white paper painted a rosy and hopeful picture of the future at a time when loss and distrust were rampant in the financial world. At the heart of it all, Bitcoin was created to solve long-standing issues that had plagued the financial system by offering anonymity and transparency in peer-to-peer payments — effectively eradicating the need to go through intermediary parties like banks that we had deemed to be “trustworthy” and “necessary” prior to the Wall Street fallout.

Indeed, interest was piqued with Bitcoin’s first financial use case — when hungry programmer Laszlo Hanyecz paid 10,000 BTC for two pizzas from fast food chain Papa John’s. But when more use cases beyond commercial transactions emerged, the world sat up and listened. Bitcoin did not just promise a better future — it delivered — when crypto began to solve wider socioeconomic issues across the globe.

Consider the oft-quoted example of people in the Philippines pivoting to crypto game Axie Infinity as a source of income when the Covid-19 pandemic hit — despite teething problems such as the numerous controversies surrounding the game, its sheer ability to lift communities out of poverty is undeniably encouraging. Or look no further than the Women’s Entrepreneurship Day Organization’s efforts to empower women — who also form the majority of the world’s unbanked population — financial inclusion could in fact become a reality for historically marginalized communities. It is apparent that crypto is blossoming into a legitimate asset class with the potential to radically reset the financial landscape.

A teenager with growing pains

Alas, adolescence is never an easy phase. Much like the mood swings and identity crises that any teenager experiences, Bitcoin has experienced wild market swings and has even had its very existence called into question. Beyond price volatility, many have cited its enormous energy consumption — at 91.4 Twh, the network can power all of Finland for an entire year — as the single biggest issue the legacy network has to solve. On the other hand, others have argued that its consensus mechanism allows for the realization of Nakamoto’s vision for a decentralized, democratic financial ecosystem.

At the same time, even more challenges abound for the wider crypto space. Whether it’s due to greed, hubris, or pure misfortune, what we had believed to be  “industry heavyweights” like Three Arrows Capital and FTX have single-handedly destroyed investor confidence and faith in crypto with their respective Lehman moments — ironically reminiscent of the financial crisis the asset class emerged from.

With bad actors threatening to spell the end for Bitcoin and the crypto industry, where do we go from here?

The path to maturity: boundaries beget safety and stability

As the saying goes, it takes a village to raise a child. Bitcoin and other cryptocurrencies will continue to develop and mature, but we need to rally together as a community to support the growth of the nascent industry on all fronts. We need constant innovation, we need visionaries in the space, but most of all, we need boundaries.

When parameters are established by regulators and policymakers, innovators can develop and experiment with emerging technologies in a stable, sustainable manner and within safe confines. Without clear regulatory frameworks, innovation will only introduce risks to the ecosystem and eventually suffocate its own growth. Thankfully, we are making some headway to counter this possibility across Asia. Most recently, Hong Kong announced the framework of a new regulatory regime for digital assets to combat money laundering and terrorist financing risks, and Japan continues to adjust its crypto laws to suit dynamic market demands.

Despite the loss of trust in the aftermath of the recent crypto crash, continued institutional buy-in also serves as a reminder that it was centralized entities that first failed — not crypto’s underlying technology.

At the end of the day, the lessons we have learned from Bitcoin’s short 14-year history will go on to shape the future of digital finance. For the long-term viability of crypto, it would be vital for measures that embed accountability, regulatory discipline and general responsibility to come into play, lest we forget Bitcoin’s provenance and its altruistic promise to recreate the financial world to be one that is democratic, safe and inclusive. 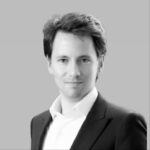 Justin d’Anethan is the Institutional Sales Director at Amber Group, a Singapore-headquartered company that provides digital asset trading, investing, infrastructure and financing services. Prior to that, Justin was a Hong Kong-based sales manager for Diginex, where he led institutional sales for the EQONEX exchange. He has also worked as a broker for Vantage Capital Markets, where he set up the crypto derivatives desk.

Weekly Market Wrap: Bitcoin rebounds above $23,000. Can it maintain momentum?

Weekly Market Wrap: Bitcoin rebounds above US$18,000, Ether gains over 13%

14 years on, why Bitcoin will survive its growing pains