Digital asset and blockchain highlights of event draw huge crowds, even as industry figures say they want the technology behind them to become just a normal component of the finance system.

This year’s edition of the Singapore FinTech Festival opened on Wednesday, attracting thousands of visitors to its digital asset and blockchain panel discussions, held in the cavernous halls of the city’s Expo events center.

The popularity of the panels was not without irony, given the message that came from numerous participants: that the digital asset industry should cease to be the spectacle it arguably became in the febrile days of the crypto bull run that preceded the onset of the bear market earlier this year, and that it should press ahead with driving mainstream adoption and robust regulation.

Dante Disparte, chief strategy officer and head of global policy at Circle, which issues the stablecoin USDC, told Forkast in an interview that he expected the digital asset sector rapidly to become a standard part of the finance sector machinery.

“Five years from today, we’ll never mention blockchain or crypto once, and its total convergence with banking will have been complete,” he said. “Just like the internet — when was the last time you went to a conference and learned about the hardware and software that made the internet possible? The magic happens when it fades to the background, and I think blockchain and blockchain finance are approaching that stage of fading to the background.”

In a panel discussion of the parallels between decentralized finance (DeFi) and traditional finance (TradFi), Fernando Luis Vázquez Cao, chief executive of Japan-headquartered SBI Digital Asset Holdings, said: “I think that DeFi can be to finance what cloud brought to computing.”

Addressing the finance industry in comments on the mainstream adoption of DeFi, he said: “Just focus on your value proposition. I think if I have the potential to give you the case to deploy a new financial service, once you have the planning in place and the identity, then you can onboard new clients … Why focus on the nitty gritty of the gory details of this DeFi base?”

Umar Farooq, chief executive of Onyx by J.P. Morgan, a bank-led blockchain platform focused on digital assets, also emphasized the element of continuity between the digital asset space and TradFi, saying: “One thing which crypto does quite a bit — and DeFi does, as well — is reinvent finance, so this is a very fast reinvention of all the stuff you already have invented.”

He cautioned that there was a need in DeFi, in particular, to be conscious of the fact that although the technology was new, its applications were not necessarily so.

Likening the implosion of self-styled stablecoin Terra and the ensuing collapse of a number of crypto companies to the beginning of the global financial crisis of the late 2000s, he said: “I think we’re in a rapid cycle of repeating all the mistakes, so I’m hoping that what we saw earlier this year is like a mini-2008 and that we’re now done, and that we’re not going to see a real 2008, because I think what you also see from DeFi is that people are interlocking these things, creating leverage upon leverage upon leverage.”

Han Kwee Juan, DBS Bank’s group head of strategy and planning, who has worked with Vázquez Cao and Farooq on Project Guardian, a Monetary Authority of Singapore-led exploration of the potential of asset tokenization and institutional DeFi, said that although they could radically streamline trading and settlement processes, much development work remained to be done in the sector.

“For all the positioning that we hear out there on DeFi protocols, if you look at the automated market maker pricing mechanisms that they use to price transactions, they’re actually quite rudimentary,” he said. “When you compare that against the kind of trades that are done in TradFi or in the OTC (over-the-counter) market between banks today, the [TradFi] pricing mechanism is a lot more complex.”

Despite the novelty of DeFi, Han questioned the notion that it represented a fundamental departure from TradFi, saying: “Are we reinventing stuff? The answer is yes and no. I won’t say that it’s a bifurcation between DeFi and TradFi … It is not. At the end of the day it is the technology.

“What we’re saying is that we want to use that same technology, but applying the current trading activities that you would do in the TradFi world, leveraging the efficiency that you’re going to get off this technology.”

Circle’s Disparte said that the way in which the digital asset industry leaned into and emulated existing finance sector practices rather than parting company with them called for its regulation along the lines of established practices in TradFi, a sentiment echoed by participants in panel discussions.

“My message generally to any regulator and policymaker who’ll listen is ‘hurry up and wait’ is not a strategy,” Disparte said. “The innovation is here to stay — the technology is here to stay … so the highest bar for regulators is activity-based, risk adjusted, technology-neutral regulation.

“If you want to compete in the 21st century, you want to effectively enable these technologies as part of your normal operating infrastructure.” 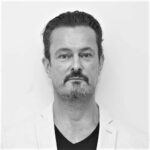 Singapore’s Temasek writes off US$275 mln in FTX