How NFTs can allow everyone to benefit from robots and automation

What are ‘machine NFTs’ and how could they help democratize the ownership of capital in a future ‘machine economy’? Max Thake of peaq explains.

As recently as two years ago, most people had no idea about non-fungible tokens (NFTs). By the end of 2021, the term NFT was recognized by Collins Dictionary as their annual “Word of the Year,” as the hype surrounding these digital tokens reached astonishing heights. By now, most people are familiar with NFTs and can wrap their heads around the concept of tokenizing collectibles like one-of-a-kind works of art, virtual clothing items for use in video games and in the metaverse, and other digital items such as videos and music files.

What many people do not realize, however, is the vast potential that NFTs have beyond the world of digital collectibles. NFTs offer a unique opportunity to prove ownership of physical objects and items, tied to real-life use cases and scenarios. Already, people are beginning to use NFTs to verify ownership of products and goods such as houses, cars and other possessions that have traditionally relied on socially agreed contracts.

It is here, at the convergence of technology and physical property, that the vision for machine NFTs has been conceived. It’s here that NFTs could have greater impact on society over the coming decade.

Alternative use cases for NFTs

The introduction of machine NFTs represents an opportunity for everyone to benefit from advancements in technology. Let’s take the example of artificial intelligence and automation. In 2021, McKinsey estimated that one-quarter of the U.S. workforce may lose their jobs to automation by 2030. As automation accelerates, permeating new areas of our working lives and improving life at home, many people have rightfully raised concerns about the potential for a dystopian future where machines will be controlled by a few small parties and manufacturers.

In this scenario, it is only those who already own machines and capital who stand to profit from the increased productivity and output of the machines that take over the manual, repetitive tasks that humans have traditionally performed across most industries. The problem here is that most people do not own machines or significant levels of capital.

The use of machine NFTs can change this — providing anybody with an opportunity to own and profit from a stake within the machine economy. Through the use of machine NFTs, people are no longer consumers in the eyes of a few large companies, but rather communities that have a stake in company processes.

How do machine NFTs work?

Machine NFTs are tools we can use to democratize machine ownership in the future. Simply put, a machine NFT is a contract of ownership of a machine or a group of machines. It allows anybody to verify that they own a machine, or a stake in a machine or a pool of machines while removing the need for a centralized authority. Virtually anybody can own or create a machine NFT for their own machines and devices — whether they own an automated café, a fleet of autonomous taxis, or an electric vehicle charging port in their driveway that they can share with their local community.

Each machine in a pool generates profit, whether through data collection or other services that machines can provide. An example of this might be if a household has an electric vehicle charging station on its driveway. When not in use, they could rent this out to be used by neighbors and members of the community who may not own a charging port. This value can be routed back into the community that owns a stake of the machine, as well as any other stakeholders involved while adding value to wider society by making an additional charging port available to drivers in the area.

One of the most important ideals of Web 3.0 is centered on returning ownership rights to people who have previously suffered as a result of technological advancements. For example, most people have no control of their data on existing Web 2.0 social media platforms. These centralized social media platforms are run by a handful of small companies that dictate the terms of use. While these social networks are more often than not free to use, it comes at the price of personal data. The social media platforms of today track every movement of each user and how they interact with their friends, utilizing this data for predictive analytics and marketing, among other purposes.

We have seen in Web2 what happens when technology does not serve the communities it is created for, with countless data privacy scandals occurring over the last decade. These scandals range from “accidental” leaks of personal data caused by poor security, to more sinister scenarios where data is intentionally misused by social media giants. The vision for Web3 imagines a world where this is no longer possible. In Web3 data will not be controlled centrally by a number of big companies, but rather, in a fairer decentralized way that gives each individual control over their own data and how it’s used.

In Web3, through the use of machine NFTs, every stakeholder’s incentives can be aligned — with manufacturers, investors, owners, and users being offered an opportunity to access a stake in the machine economy. The vision for NFTs goes far beyond the idea of collecting artwork or owning virtual property. Machine NFTs ensure that people still have profit, ownership and governance rights in the autonomous age while ensuring that everyone in a community can transact as much value as possible from the machines that keep things running as smoothly and efficiently as possible.

Preparing for an automated future

People have good reason to be concerned about the potential impact that automation could have on the economy, resulting in lost jobs around the world in virtually every industry. One of the problems in how we have traditionally approached this topic in the past is by viewing it from the machine perspective — solely seeing automation as a tool to increase profit margins, minimize errors, and cut back costs. In reality, the way we should be looking at the issue is through the eyes of humans. As humans, we should see technology as an enabler that provides us with more time to focus on doing the things that we enjoy. Automation frees up time for everyone, and in the future that we want to strive toward, this should benefit individuals and society as a whole.

In addition to fulfilling the Web3 vision of returning ownership rights to individuals, machine NFTs set out to combat other potential negative side effects of increased automation. Not only do machine NFTs benefit individuals, but they also play a profound role in improving wider society in a world where machines will all be connected and communicate with one another in an “economy of things” (EoT). For example, data can be extracted from these machines to provide information to governments and smart city planners to ensure they have up-to-date and accurate information on things such as the quality of roads, how busy public spaces are, and when machines need to be repaired, replaced or upgraded.

Though NFTs have broken into mainstream conversation over the last year, it will only be in the long term that the general public will truly come to understand the full potential of this technology. Over the next five to 10 years, as we witness the practical role that NFTs can play in resolving issues such as the impact of increased automation on the global workforce, we’ll begin to recognize NFTs as a connector of the physical and digital worlds that give individuals an important stake in the world around them. 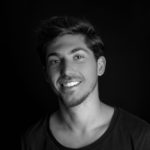 Max Thake is a Berlin-based co-founder of peaq, a blockchain network that enables the building of decentralized applications for a Web3 machine economy. Max is also a Sigma Squared Society Fellow, a global community of founders under age 26. He was previously head of marketing at Advanced Blockchain AG and part of the founding team of nakamo.to, a consulting firm focused on distributed ledger technology research and education. Before that he founded the PostScript Project, a nonprofit open-source initiative to use blockchain technology to protect investigative journalists.