People ask me all the time about what I think of digital asset classes like central bank digital currencies (CBDCs) and stablecoins. I like to approach these questions by thinking about what kinds of tools people could benefit the most from in their everyday lives.

In the Philippines, the biggest recent crypto macro trend that has taken place is the play-to-earn phenomenon. Over the last two years or so, we have seen up to three or four million people every day playing Web3 games that allow them to earn cryptocurrency. But rather than hold their earnings as crypto, most of them sell for fiat almost immediately so they can spend it in the real world.

Converting directly into fiat, of course, involves a lot more friction, cost and regulatory hurdles than a simple crypto-to-crypto transaction.

So what really needs to be built are stablecoins denominated not in U.S. dollars but in local currencies like the Philippine peso. And similar to a CBDC, these stablecoins could be issued with some type of permission or guidance from the respective country’s central bank.

Now, it might be some time before we have a widely adopted use case for this kind of local currency stablecoin. But based on the direction that this technology is heading, it’s likely something that the industry will start building soon, and that regulatory authorities will want to get involved in the process.

If you’re an early crypto adopter who scored big or a wealthy individual who wants to hold a percentage of your assets in crypto as a speculative bet, you can afford to sit on your stash and wait for that day. But for everyday people with household budgets and bills to pay, you want to make sure that a certain percentage of your digital assets keep pace with your day-to-day costs.

Currently, the largest stablecoins with established backing and ample liquidity are designed to track the U.S. dollar. This year, the value of the U.S. dollar has appreciated significantly against most currencies, including in the developing world, as the U.S. Federal Reserve aggressively raises rates to combat inflation amidst major global economic uncertainty. In other words, if you are holding USD-linked stablecoins in a country that’s outside the U.S., you’re probably doing pretty well.

But this won’t always be true, and several global currencies have experienced fairly volatile trading this year. At the end of the day, holding a currency other than your home country’s currency opens you up to foreign exchange risk, and that is not the right choice for many investors, especially for those on the lower end of the income scale.

Transactions that are purely in the crypto world are relatively more frictionless and cost less. Local currency stablecoins would allow residents of smaller economies to keep their funds in the crypto world until they need to transfer them into fiat. They wouldn’t need to worry about mistiming the market and losing out due to a foreign exchange swing.

Then, when it does come time to spend their well-earned funds in the real economy, regulations-compliant platforms will be standing by to help them legally transition their money into fiat.

I’ve outlined why local currency stablecoins would be a helpful financial tool for users in places like the Philippines. Now, let me share why I believe traditional monetary authorities like central banks should have an interest in helping to build and regulate these mechanisms — especially in economies like those of the ASEAN region.

As I said before, we don’t live in the metaverse just yet. But policymakers and regulators need to pay attention to the fact that these online blockchain-connected communities are being built up rapidly by some of the biggest and most well-resourced tech companies in the world, and that what you’re seeing now is that U.S. dollars — or dollar-linked stablecoins — are becoming the default underlying currency of the digital world, including the metaverse.

As we continue moving into the digital asset space, regional authorities in places like the Philippines, Malaysia, Indonesia and even Singapore will realize that losing sovereignty over your money is the biggest risk to a small or medium-sized country and its monetary policy.

If we do see more economic activity start to occur on the blockchain and in the metaverse, where stablecoins like USDC or USDT are the settlement currency, then basically local governments and central banks don’t really have sovereignty over the currency in that realm, even if it makes up a growing portion of economic activity in their countries.

It’s important to think of it this way because governments are very sensitive about their mandate to regulate the supply and demand of money, and if a lot of what your local people and companies are doing from a growth perspective is being pushed into the U.S. dollar sphere, that may be economically detrimental in the long run, particularly for a fast-growing economy like the Philippines.

Right now, it doesn’t look to me like CBDCs are high on the agenda for many of the central banks around the region, and that’s understandable given the unprecedented monetary challenges of the present environment. But the most forward-looking monetary authorities should start thinking about these issues sooner rather than later. 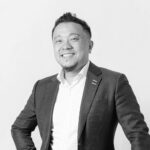 Wei Zhou is the Singapore-based CEO of Coins.ph, a fully regulated fiat and crypto mobile wallet provider in the Philippines. He and Joffre Capital led the buyout of Coins.ph earlier this year and recently completed a US$30 million Series C financing led by Ribbit Capital.Wei also serves as a strategic adviser and key investor in Old Fashion Research (OFR), a blockchain investment fund founded in 2021 by former executives and investment teams from Binance, where Wei once served as chief financial officer. Prior to Binance, Wei led the acquisition and served as the vice chairman of Grindr, a dating and social networking app for the LGBT community. Wei began his career at Goldman Sachs, and he graduated from Harvard University with a bachelor’s degree in economics and East Asian studies.

Where is the stablecoin market heading in 2023?