Why the IMF is wrong about El Salvador’s Bitcoin experiment

Is El Salvador committing a major blunder in making Bitcoin legal tender — or finding its way out of the hell of dollarization? Bryan Hernandez explains.

In the worlds of global finance and cryptocurrencies and everywhere in between, El Salvador’s adoption of Bitcoin as legal tender has been at the center of a robust global debate regarding the mainstream adoption of cryptocurrencies. For some, the country’s actions are a massive step forward toward the next generation of global finance, while for others they are a  massive error in economic policy.

Less often examined, and perhaps more important, are the reasons why El Salvador is pursuing this unique path. In short, the course they have chosen seems aimed at addressing domestic issues aggravated by dollarization and, at a more fundamental level, at bolstering their own economic sovereignty.

Few would question that there is some degree to which El Salvador’s economic sovereignty was compromised in the wake of dollarization and complicated by the country’s interactions with the International Monetary Fund. Reasserting its economic sovereignty will provide an opportunity for El Salvador to address long-standing economic issues that seemed impossible to fix in the current state.

For a very brief history of El Salvador’s currency policy, in 2001, after many years of maintaining a fixed peg of the country’s native colón against the dollar, El Salvador made the U.S. dollar its official currency. The overall impacts of dollarization remain an open question that could support a robust study, but it is beyond argument that adopting the U.S. currency as its own narrowed El  Salvador’s ability to dictate its own monetary policy.

Moreover, for the global financial and political powers that helped put these policies in place, the health of El Salvador’s domestic economy was only one of many concerns. In particular, the strength of the dollar relative to the local El Salvadoran economy has been particularly problematic for El Salvador as it has denied the country the typical opportunities afforded by less-developed economies to be low-cost exporters to their more developed brethren.

For example, the disparity between El Salvador’s dollar-based economy and a major trade partner, China, illustrates the dilemma. China has a per capita GDP that is more than double El  Salvador’s but its currency trades at a significant discount against the dollar. As a result, El Salvador consistently runs a negative current account balance as its relatively expensive dollar-denominated exports to China cannot keep pace with the goods and services it imports.

In recent years on the domestic side, El Salvador has increased spending on both social programs and infrastructure, but at the steep cost of increased public sector borrowing. To manage the increasing cost of its borrowing, El Salvador has been forced to impose a  combination of higher taxes and reduced spending. If alternatively, El Salvador were operating as a monetarily sovereign nation, it could solve this issue in the short term by simply printing more money as the U.S. and others do habitually. While this strategy risks inflation, it causes imported goods to become more expensive and exports relatively more affordable, thus helping to support the trade balance.

El Salvador’s decades-long relationship with the IMF is another complicating factor. As a prime lender to El Salvador, the IMF promotes policies aimed at reducing public sector debt in this borrower nation. However, this reduction often comes at a great cost to the citizens of the country in reduced social spending and infrastructure investment. Moreover, El Salvador’s unenviable fiscal standing was compounded in 1982, prior to dollarization, when the IMF approved a US$85 million loan to the country, adding fiscal debt with arguably limited benefits to its citizens.

The combination of dollarization and deep borrowing has greatly constrained the ability of the Salvadoran government to make large public sector investments in social programs and infrastructure that could help redress systemic poverty and social inequality.

Currently, foreign remittances provide much of the funding to support local citizens. Today, nearly 25% of El Salvadorans work overseas and send money home, accounting for a massive 24% of El Salvador’s GDP. These remittances are currently required to offset the country’s negative trade balance and consistent capital outflows. Although the IMF views these remittances as an important driver of economic growth, we would argue that their size relative to the rest of the Salvadoran economic output puts the country in an economic position that is dangerous, precarious and unsustainable.

Legalizing Bitcoin and offering Bitcoin-backed bonds creates a potential solution to address many aspects of these budgetary challenges. By mining Bitcoin, the El Salvadoran government can in essence print its own money, and, in doing so, fundamentally reassert its economic sovereignty. Managing its own currency gives the country’s fiscal managers the flexibility to increase domestic spending without increasing taxes or reducing public investment, thus allowing them to invest in their communities without further extending the fiscal problems of the past.

The IMF has been vocal in its opposition to El Salvador’s adoption of Bitcoin as legal tender. However, it is interesting in this context to consider what the response would be if El Salvador announced a large find of lithium or gas which they were planning to mine. Such an announcement would barely raise an eyebrow. In the meantime, El Salvador would be able to sell stakes in the mines, borrow against proven reserves and earn royalties. Most importantly,  they could use the revenues collected to fund any programs they deemed appropriate without borrowing or charging citizens. The IMF argues that Bitcoin is too risky, based on the volatility of its price. However, in the last several years, lithium prices have fallen from US$160,000 to US$40,000 and then risen to nearly US$500,000, which is even more volatile than the price of Bitcoin, which hovered between US$29,000 and just over US$65,000 last year.

Given the challenges of dollarization, it is little wonder El Salvador’s leaders have sought to experiment with Bitcoin to strengthen their control over their country’s economy. Reasserting some measure of monetary sovereignty might give them the ability to invest more robustly into their country through social programs and infrastructure projects without relying on excessive borrowing or unsustainable levels of remittances. At the very least, it puts them in a position to sink or swim on the merits of their own policies, which is the only real promise of self-sovereignty. One other thing is certain as well. El Salvador’s success or failure will be a major consideration for the leaders of other countries like Honduras, Guatemala, Mexico and elsewhere who are seriously considering their own Bitcoin experiments. In short, the world is watching. 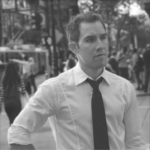 Bryan Hernandez is the president and co-founder of Structure, a DeFi, crypto and traditional markets platform that is slated to launch in El Salvador this summer. Previously, Bryan was the founder and CEO of Sonar Trading, a trading firm employing algorithmic strategies in the cryptocurrencies markets. Bryan entered the fields of trading and investing after a career in computational biology at the Broad Institute of the Massachusetts Institute of Technology and Harvard University, during which he published multiple articles in Nature, Cell and other peer-reviewed journals. He graduated from MIT ion 2009 with a B.S. in biological engineering.

Inter-country use key for CBDCs to reach potential: report