The ‘virtual land’ sale that broke Ethereum was also a fiasco for buyers. Should Yuga Labs have seen it coming and taken preventative action?

The largest and perhaps most highly anticipated NFT sale so far this year took place recently when Yuga Labs launched their sale of virtual land to ApeCoin holders for around US$5,800 (the clearing price was set at 305 ApeCoin). The huge level of demand for the hugely popular Otherdeed NFT mint, which raised about US$320 million, created a two-fold problem for the Ethereum-based sale. Firstly, the steep rise in the volume of transactions led to a spike in the price of Ethereum gas fees, requiring people to spend around two ETH (approximately US$6,000) in fees to mint. Secondly, many of the participants in the sale, due to the bottleneck in demand, both missed out on the minting and lost their Ethereum in the process.

Such was the chaos that soon after the sale, Yuga Labs tweeted: “We are aware that some users had failed transactions due to the incredible demand being forced through Ethereum’s bottleneck.” While YugaLabs promised “we’ve got your back” and that they would be “refunding your gas,” there was considerable pushback from the NFT (non-fungible tokens) community. Considering the stature of the sale, it is worth examining what happened in greater detail to understand what this means both for the NFT market going forward, not to mention its implications for the ideal of the core importance of the Web 3.0 community to the future of NFTs and the metaverse.

After Yuga Labs acquired CryptoPunks earlier this year, which put the VC-backed company valued at US$4 billion in the spotlight, this latest event certainly raises the stakes. Yuga Labs admitted the scale of the minting event not only crashed Etherscan but also seriously impacted Ethereum. “It seems abundantly clear that ApeCoin will need to migrate to its own chain in order to properly scale. We’d like to encourage the DAO to start thinking in this direction,” they added. But clearly with all the resources at their disposal, the chaotic result only created more skepticism on crypto Twitter.

But before diving into the organizational aspects, the upset among NFT newbies should not be ignored when crypto is so keen to gain mass adoption. That upset was voiced by NFT influencer ap3father.eth, who pointed out that he’d brought many friends into the space for the drop: “My friends said things like, ‘who would ever use Ethereum?’ ‘NFTs are only for rich people’ … and to be honest I agreed with them … although my initial reactions were filled with emotion … I agreed … How was this going to prove we are ‘innovating.’” It’s worth noting that Yuga Labs raised around US$320 million through the minting, with 55,000 tokens sold out in under three hours.

One thing both Yuga Labs and ap3father.eth agreed on was the need for an improved scaling method. Easy to propose, scaling is not a simple task, however. Remember when Axie Infinity was hacked recently for a few hundred million dollars (US$620 million to be specific)? One of the security issues identified at the time was that rather than operating on Ethereum, it uses a custom-built sidechain called Ronin, designed to allow scaling by removing congestion — except that turned out to be the source of the security weakness that allowed the hacker to steal the millions. So, there’s that. Then there’s the cynicism caused by the whole minting debacle which prompted some people into suggesting, conspiracy style, that the tweeted layer-1 alternative for ApeCoin had been 100% planned from the start. Ethereum developer Mark Beylin tweeted on May 2 that “instead of designing their launch properly, Yuga broke Ethereum so that they would have an excuse to launch their own L1. APE needed a new narrative after the land sale.” Putting that sentiment aside, there was a serious point to debate on this “new L1 is the answer” suggestion.

The key problem is that it’s not only an issue with scaling the number of transactions but also the number of smart contracts (“trustless computation”) — an issue also faced by so-called Ethereum killers like Polygon, Avalanche and Solana. While these chains may boast of a fast transaction per second (TPS) performance, only a small percentage is available for smart contract operations. It is interesting that in the example from U.K.-based Radix DLT that they’ve done away with the EVM (Ethereum Virtual Machine) and instead built their own engine, which meant “a transaction is a transaction, it doesn’t matter if that is minting NFTs, swapping on DEXs or taking out a crypto loan,” tweeted Radix Works CEO Piers Rudyard in response to the Yuga Labs mint bottleneck and proposed scaling solutions. “That means that TPS performance and DeFi performance on Radix are basically the same thing,” Now, while I appreciate Rudyard is using this opportunity to plug his solution, the Yuga Labs mint controversy is also highlighting the significant blockchain bottleneck challenges ahead for mass adoption.

Putting that high-level critique of Ethereum smart contract functionality aside, using optimized smart contracts, such as ERC-721A, could have made the mint more equitable by reducing gas fees to the bare minimum. As Will Papper, co-founder of SyndicateDAO, tweeted: “Modifying a few words would have saved $80M+.”

Furthermore, limiting the number of KYC (know-your-customer)-approved wallets to only those required for the mint would have helped avoid gas wars and provided a positive minting experience for all parties involved. But for some, such as @DrNickA of FactoryDAO, this was missing the point because the fact that the number of NFTs outstripped KYC’d wallets was intentional. After all, Yuga had the KYC information in advance for all the prospective buyers, they could have created a whitelist to manage demand.

The aim is to set the price low, so the post-launch price is higher: “Sell it cheap, generate the demand and the fee market sorts out who gets the tokens. Not good,” to quote @DrNickA. While this may sound like more conspiracy-type theorizing, this supply/demand imbalance issue was highlighted by Vitalik Buterin in August 2021. Buterin called for a solution that was in some way or another designed to “measure people” by a “proof of personhood” method to ensure fairness, and allow ordinary people a chance to take part in NFT sales.

While Yuga Labs has since confirmed it would refund the fees for transactions that failed due to the problems, it’s clear that lessons need to be learned from its minting debacle. While the likes of Yuga’s VC backers, a16z, point to the core importance of “community ownership” to Web3, including NFTs and the metaverse, surely how that ownership is delivered is important?

Particularly coming so closely after its purchase of CryptoPunks, it’s worrying — and not helpful to the cause of mass adoption — when the leading NFT company is so careless with its community. It’s certainly my hope that ApeCoinDAO, which styles itself as independent of BAYC and community-led, lives up to its responsibilities and shows that Web3 is more than a business model for the metaverse, but also a way for people to engage in this new (virtual) world. 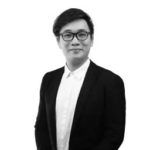 Anndy Lian is the chief digital advisor for the Mongolian Productivity Organization. He is also a Singapore-based partner and fund manager for Passion Venture Capital Pte. Ltd., where he oversees blockchain investments. He previously served as chairman of BigONE Exchange, a crypto trading platform registered in the Netherlands, and a founding member of Influxo, an NFT studio and marketplace. He is the author of the books “NFT: From Zero to Hero” and “Blockchain Revolution 2030.”