The ‘Merge’ will have a major impact on the Ethereum ecosystem and beyond, and getting it right is more important than speed, writes Kevin Loo of IDEG.

July 30 will mark the seventh birthday of the Ethereum network and Ether, which in crypto years is about 35 years. Yet there are no signs of the network slowing down. In a Twitter thread started in March 2022, Ethereum core developer Tim Beiko confirmed that a long-awaited Ethereum “Merge” upgrade would come “in the few months after” the timeline originally slated for this month. Last week, the market was happy to see Ethereum’s Sepolia testnet successfully switching to proof of stake, marking one step closer to the Merge.

As the Merge will have a major impact on participants across the Ethereum ecosystem from miners to developers and end users, the fidelity of getting the project migration right should always be prioritized over speed. Even with the delays, the Ethereum (ETH) network still retains a major lead over rival layer-1 smart contract platforms in terms of both user activity and development. In other words, Ethereum taking a pause to focus on its own quality of product and allowing other competing network chains to catch up and gather interest was probably the best thing for a well-functioning ecosystem and multi-chain industry.

From PoW to PoS

Ethereum’s Merge will change the underlying way the network secures itself from proof of work (PoW) to proof of stake (PoS). This is important since PoW follows a similar mechanism as Bitcoin, where power-hungry computers on the network compete with one another to validate and secure transactions. While secure, PoW is energy-intensive since miners — specialized network nodes that seek to be rewarded newly minted coins, which serve as payment for confirming transactions — spend electricity on duplicative processes, and invalid blocks submitted are penalized via sunk computing power and energy. In fact, the network has a comparable carbon footprint to many small nation-states, according to ConsenSys, a blockchain software technology company founded by Ethereum co-founder Joseph Lubin. Additionally, as each validator competes, the network becomes congested, which results in high gas fees.

On the other hand, under a PoS consensus mechanism, validator nodes will take over the role that miners previously occupied — processing transactions and creating new blocks on the network in exchange for a proportionate cut of the network’s transaction fees. Validators secure the network by “staking” their own Ether. The more Ether (economic interest) the validator stakes, the greater chance of being selected and becoming a validator to participate in the network, and in doing so, reaping the rewards via transaction fees. If an invalid block is accepted by the validator, then a portion of their staked assets is cut as a penalty.

As validators are using their own Ether for staking as opposed to exchanging raw computing power to mine new coins, it is felt that they would be more economically aligned, and motivated, to ensure continuous network security and operation. The step from mining to staking is estimated to cut the network’s energy consumption significantly.

Why the Merge needs to happen now

There are two schools of thought on whether the Merge will be to the benefit or detriment of Ethereum. Proponents of the current PoW model argue that mining is what has incentivized the growth of Ethereum and made it what it is today.

Yet if we look at the big picture, we are witnessing the rapid rise of Web 3.0, not least with the feverish activity in non-fungible tokens (NFTs), growth in decentralized finance (DeFi) projects as well as the flood of venture investment and developers entering the wider blockchain space. The two biggest bottlenecks to Web 3.0 growth are, (A) a shortage of raw native blockchain development talent, and (B) meeting the rising demand for distributed/decentralized computing power and doing so in an environmentally sustainable way.

For this reason, many within the digital asset community feel the Ethereum Merge needs to happen sooner. The resulting Ethereum 2.0 under a PoS mechanism will address many challenges PoW currently has, making the network scalable and relevant for the Web 3.0 world. Gas fees will be similar to those under PoW to reward validators to begin with. The transition to PoS sets it up for sharding which will split the network up into pieces to increase transaction throughput and reduce fees.

However, as long-term builders and investors, one should always be mindful of considering diversification across asset classes and counterparties. In the case of the PoW versus PoS argument, clear diversification options within the network process and security opportunities are to be very welcomed by end users. In other words, PoW processes will work for some crypto and Web 3.0 verticals, PoS will be better for others. The main benefit of the ETH 2.0 upgrade to PoS will be the provision of options and choices to the native network users on how consensus is achieved within their preferred tech stack, suitable to their specific business model.

Also, while Ethereum might be the biggest and most established smart contract platform, it is by no means the only one. The dominance Ethereum currently enjoys may yet be challenged by other layer-1 programmable smart contract networks that have adopted a variant of PoS, such as Cardano and Solana. The Merge will strengthen Ethereum against these rivals, as will the development of layer-2 networks, built on top of Ethereum to further assist with scaling the layer-1 network. In short, despite delays, with a competitive lead established, qualified and calculated steps towards the Merge will ensure Ethereum remains competitive for the near future.

The wide-ranging implications of the Merge

Naturally, the Merge will have widespread implications. The most obvious is that although other blockchains use PoS, Ethereum’s successful adoption will offer proof that an energy-efficient and sustainable consensus mechanism can operate at a significant scale. This will likely fuel even more ambitious Web 3.0 projects to be built upon the network.

The barriers for individuals to become validators and therefore be rewarded are also reduced during the transition. Mining requires a substantial capital-intensive investment into hardware, logistics and power supply negotiations, typically all adding up to start at the USD million investment mark. However, becoming a validator under PoS only requires staking 32 Ether (about US$35,100 at current prices). Micro holders can also pool their Ether to profit from staking.

While the momentum builds up behind network mining process diversification, seeing the benefits current miners will likely invest their earnings into staking under the new mechanism. Beiko’s tweet should have been the clearest signal yet, but for the refuseniks, there’s always Ethereum Classic (ETC) that will operate on PoW.

Fewer Ether (ETH) will also be issued in the future, the so-called “triple halvening” after the Merge will see new block rewards falling from 12,000 ETH per day to 1,280 ETH, creating more scarcity, limiting the issuance inflation of the token, and likely continuing to support ETH’s value.

Further, once sharding is completed, we can expect to see lower costs and faster transaction speeds as added benefits. In summary, from a crypto universe perspective, the result of the multiple upgrade proposals to the Ethereum 2.0 network will provide network diversification options to the user base, which is more scalable, sustainable and secure. As such, we can expect to see more institutional investors entering the space. However, remember that staking comes at a price of higher centralization as those with more resources tend to control the network and hence why technologists embrace the hybrid approach where PoW and PoS are choices for the native network user.

In general, we are seeing a market that is largely confident about Ethereum’s transition and long-term future. Companies are launching more extensive portfolios, new projects are being built and developed on the base protocol, and for the endogenous network token (ETH), investors are adjusting their investment strategy to include it in greater size. Makes sense for a proof-of-stake system.

Upgrades such as the Merge play an essential role in the ongoing development of blockchain networks. With Web 3.0 edging closer, modernized layer-1 networks are essential to accelerating the next iteration of the internet and thus presenting new opportunities for both participants and investors alike. 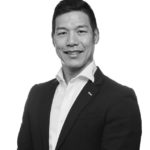 Kevin Loo is the Hong Kong-based Head of Investment Insights at IDEG, a digital asset management group. He has also held senior investment roles with PIMCO, Fidelity International and BNP Paribas. Kevin was an early investor in Bitcoin and has been a mentor to the Cyberport Incubator Fund.

Who fared worse in cryptocurrency slump: criminals or legitimate users?