Hong Kong’s latest FinTech policies indicate it wants to reclaim its position as a hub for cryptocurrencies and digital assets, but that means finding the right people for the job.

Hong Kong last week announced a series of crypto-related policy statements to put out the welcome mat for the digital asset industry. The next step will be attracting the engineering talent to build the software backbone needed and much of it is across the border in China.

The city plans to run a series of pilot projects in digital financial technology (FinTech), including non-fungible tokens (NFTs), green bond tokenization and a retail digital Hong Kong dollar. Relaxation of cryptocurrency trading restrictions is also on the priority list, according to city officials, even though China has banned crypto exchanges.

Neil Tan, chairman of the Fintech Association of Hong Kong, said the plans are fine, but noted that building a solid digital asset ecosystem will need lots of engineers.

“We have a lot of the ‘fin,’ but we’re missing a lot of the ‘tech.’ And I think this is probably the key challenge in terms of talent acquisition and retention,” Tan told Forkast in an interview. “We have to find those different combination sets.”

According to current industry hiring trends, Hong Kong will be tapping the mainland, especially the Greater Bay Area — which connects Hong Kong, Macau and Guangdong province. The area, shorthanded as GBA, is where some of the country’s leading technology companies have operations and China is building computing and data hubs that use blockchain technology.

“If you really think about it, the China market, with a lot of the big tech actually shedding a lot of the headcount, there is a lot of tech capability on the other side of the border,” Tan said. “The ability for us to access that will be important — whether it’s through programs or whether it’s actually encouraging them to immigrate to Hong Kong.”

China banned crypto trading in September 2021 and specified that domestic residents should not work for overseas companies that offer crypto services, but that hasn’t really stopped Chinese citizens from doing so.

China’s engineers are also in demand for companies involved in Web3-related developments, or the construction of a decentralized internet typically built around blockchains, the underlying technology of cryptocurrencies.

“Most of the Web3 openings I’m recruiting in the mainland are engineers, along with some positions for product managers,” said a Shanghai-based headhunter who asked not to be identified due to lack of approval to speak to the media.

Tony Ling, cofounder of NFTGo, a Singapore-based NFT data analytics firm, said the company has a number of employees in China on its engineering team, with many coming from mainland technology giants, including Alibaba, Tencent and ByteDance.

While Hong Kong only released the policy papers last week, the Shanghai headhunter said demand for Web3 talent in Hong Kong has been growing for some time. “I was only handling five or six openings in Hong Kong in September, but that has grown to over a dozen as of last week,” the official said.

Metalpha, which has an office in Singapore, will prioritize and accelerate its business plans in Hong Kong over Singapore, Wang said.

Tony Tong, co-chairman of the Hong Kong Blockchain Association, told Forkast that through the GBA initiative, it’s easy for talent in Shenzhen to travel to Hong Kong.

Tong stressed the same theme of the imbalance of talent in Hong Kong for a Web3 world. “We’ve got great talent in finance, but not for tech. For tech talent, we would have to import from the GBA or other places,” he said.

“I am confident there would be myriad types of talents that can join global crypto firms and not just limited to front offices,” Choi said.

Timmy Shen is a Taipei-based journalist at Forkast. Previously, he wrote for Caixin Global and TechNode, covering topics ranging from fintech to fan economy. He also cares about LGBT+ issues and is a shabu shabu fanatic. Timmy holds an MS degree from Columbia Journalism School. 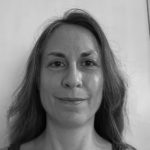