EXCLUSIVE: Excerpt from “I Sold My Soul in Bitcoins”

I Sold My Soul in Bitcoins, by Jake Adelstein

The Nikkei Newspaper, Japan’s most read business daily had announced the arrest, in the 31 July edition of the newspaper, one day before the actual arrest. The article didn’t make a lot of sense but it covered the basics. If you put all the pre-arrest “scoops” together, they read something like this:

In the case of the virtual currency exchange Mt. Gox which lost a large amount of bitcoin, the Metropolitan Police Department have decided to build a case against the failed operating company’s CEO on charges of fraudulently producing and using private electromagnetic records, an official connected to the investigation revealed in an interview on the 30th. The CEO is suspected of fraudulently manipulating the system and inflating the bitcoin balance of fake accounts.

The suspicions concern the French CEO of the exchange’s operating company MTGOX (Tokyo/Shibuya) (currently under bankruptcy proceedings).  According to the official, as there are suspicions the CEO misappropriated deposited funds by fulfilling received bitcoin buy orders from fake accounts, the Metropolitan Police Department are also looking into pursuing charges of corporate embezzlement.

Last year, such as during the press conference announcing the collapse, the CEO had explained it was likely external cyber attacks that were responsible for the disappearance of the roughly 650,000 bitcoins (at the exchange rate of the 30th worth about 23 billion yen) that were in customer accounts and elsewhere.

However, this now means that very likely a portion of the bitcoins previously considered missing were fake.

Mt. Gox at one time held a 70% market share among the world’s bitcoin exchanges. Last February, they applied for civil rehabilitation at the Tokyo District Court. In April of the same year, the District Court decided to commence bankruptcy proceedings.

It was the morning of August 1st 2015, a Saturday. The police called Mark at 5am that morning, before the papers were delivered to the house of everyone in Japan, most of them already emblazoned with a headline that today Mark Karpeles was going to be arrested.

It was a professional courtesy since for over a year Karpeles had actually been working with the Tokyo Metropolitan Police High-Tech Crime Squad to try and determine who had hacked into the Mt. Gox servers and stole 650,000 bitcoin ($450 million). Apparently, somewhere along the line, the Tokyo Metropolitan Police Department Division 2 (捜査2課) —white collar crimes—had decided on their own, that the hacker must be Mark. After all, wasn’t that the most logical choice or the easiest way to solve the case? The police theory seemed to be that once they had Karpeles in jail on any charges, that he’d crack under interrogation and admit to having stolen the bitcoins himself.

They were theoretically wrong—it would turn out.

A few days before his arrest, I met with Mark and Nathalie joined me. I laid it on the line for him.

“Mark,” I said, “you’ve read my book so you know how it works but let’s go over it again. The police will come for you. They will parade you past a crowd of reporters, who will have been told exactly when you are going to be arrested so they are sure to take photographs, or video.

You’ll be held at least 24 hours. Then you will be turned over to the prosecution. The prosecution will have 48 hours to decide whether to charge you or not. They’ll probably ask for ten days more of detention, claiming you’re a risk, since you might leave Japan or destroy evidence. They’ll do that again and get ten more days. All in all, round one will be 23 days or so. And if you don’t confess, they’ll rearrest you and the whole process starts over again.”

Mark shook his pudgy head a little, and turned a paler shade of white, yet he still stayed calm. I’d met him a few times since his company went under but I never knew how to read him. He was chubby, pale, and his hair long and slightly curly. His nose looked like it had plastered onto his face when it was still clay and then pushed down a bit. He was usually in a t-shirt and his default facial expression seemed to be a whimsical smirk or quizzical smile. I understood why some employees had compared him to the Cheshire Cat in Alice in Wonderland. And that wasn’t just because he loved cats.

I wasn’t sure I was getting through to him. There always seemed to be a lag time in our conversations, like the kind you used to get when you’d call someone from overseas on a rotary dial phone. You may be too young to remember what that was like but it makes for a strange conversation.

You’re not quite sure that you’re being heard.

“Do you understand what I’m saying?”

He nodded, “I have not done anything. I am not guilty.”

He said it with a slight indignation.

“It doesn’t matter to them,” I told him.” They’ll make you guilty. They’ve already reached that conclusion.”

I tapped my index finger on the table in the coffee shop where we were sitting.

“Do not confess to anything. Do not sign anything. If you make any statement, make it in French. Japanese prosecutors hate to taken on anything less than a slam-dunk case. That’s why they have a 99% conviction rate—they dump 50% of the hard cases.

Make it hard for them. You sign nothing in Japanese—even though you can read Japanese.

You shouldn’t confess. No matter how many times you’re arrested, no matter how many charges they throw at you—you stick it out. Because 23 days, 46 days, or possibly 69 days may feel like forever—but it’s a lot less time than three or four years in a Japanese jail. Trust me.”

Mark nodded. “I trust you know what you are talking about. I will be ready. “

“Dress nicely. Look good. Stand with your head tall. Be ready. It may be the last time people will see you on their TV screens for a long time. Look professional. Look upstanding. Be ready”

“I understand. Should be fine. I will be ready. ”

Mark stayed up all night, not bothering to shave or fully prepare to be carted away at 6am. Nathalie called me just after the police had called to let him know they were on the way. She let me know that there were reporters huddled outside the house for hours.

I told her to make him dress nicely.

Just before the police came, he threw on a blue t-shirt emblazoned with the English words, “Effortless French” and to cover his face, a black and white baseball cap that was modelled after Monokuma, a robot bear character in a popular video game series.

The police read him his rights as they tried to move Nathalie off to the corner. They cuffed him, although he had volunteered to turn himself in on Friday after the Nikkei article came out, but the show must go on.

Meanwhile, I was getting in touch with our editor Christopher Dickey, the foreign editor at The Daily Beast, one of the largest online magazines in the United States. We’d been following the story for over a year.

I was sure that the Beast would want the scoop—in real time. After all, Chris Dickey, was in Paris—so he’d surely understand the importance of a French citizen getting busted by the Japanese police in what was the world’s biggest cyber-heist. I had this vision of him waiting breathless by his computer for me to send him a news bulletin.

We’d given them a heads-up the day before—that Karpeles was going to be arrested.

The response from Dickey:

“Can you write it up for The Cheats section?”

The Cheats section? I was dumbstruck.

It was the equivalent of page three of a newspaper in terms of Daily Beast real estate.  As far as Dickey was concerned, that Karpeles was going to be arrested, whether innocent or guilty, was a foregone conclusion. He wasn’t surprised. I guess I shouldn’t have been surprised, either.

While I was writing him back and forth, Nathalie was watching the police haul off Karpeles, very politely and almost apologetically.

They allowed him to cover the handcuffs with a shirt as they escorted him through the front door on the first floor past the hordes of waiting mass media.

The t-shirt and the baseball cap did not escape notice.

The Monokuma baseball in particular was a source of wonder to Japan’s otaku, anime, manga and video game fans.

In the game series, Monokuma, is given the lines:

“Every human has regrets, has things they’d like to go back and change. But I don’t! ’cause I’m a bear.”

The implications of that simple choice seemed profound at the time, for those versed in the world of video games. To the general public it just looked like a stupid hat.

That wasn’t the look I was hoping he’d go for.

They took off his cap as they pushed him into the back of a police car, with the mass media in close pursuit.

And as for the t-shirt, the meaning of Effortless French, was open to interpretation. Japan’s leading conservative newspaper, Sankei Shimbun, which had closely followed the case translated it as follows:

“A French person who doesn’t make any effort.”

And as I watched the news, shaking my head, it seemed to make that Mark was certainly not making an effort to clear his name in the public eye. Maybe he was guilty after all? 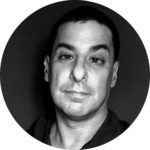