Ethereum’s completion of its much anticipated ‘Merge’ this week will unlikely improve the network’s long-term speed or scalability, writes Mark Lurie of Shipyard Software. Why is this so, and why will it still be good for innovation?

Dig in for the scalability wars.

This week, Ethereum is expected to complete its much-hyped “Merge,” sharply reducing its energy consumption as the network switches from mining to staking. While this achievement sets Ethereum up for future operational upgrades, informed consensus is that the Merge itself is unlikely to immediately improve the speed or scalability of the Ethereum network.

Yet the Merge and the network’s future upgrades will still have a massive impact on the broader scalability war, as lesser-known layer-1 blockchains step up their efforts to showcase their speed and scalability advantages. And in their efforts to create commercial-ready on-chain products, builders and venture capitalists are keeping their eyes peeled for a blockchain fast and scalable enough to support infinitely complex on-chain products.

The dream is inspired by centralized computing, which has consistently improved in line with Moore’s Law, which asserts that the number of transistors in a microchip — or processing power — will double roughly every two years. This has held true since it was first posited in 1965, and between then and now centralized processing power has scaled quickly enough to keep up with our needs.

But the reality is that it’s unlikely that any blockchain will ever achieve the calculations capability of a centralized system, which only has to run updates and store data internally. A decentralized system, on the other hand, processes and stores data on hundreds, even thousands of remotely linked computers, which need to reach consensus on every transaction. Barring some major breakthroughs, decentralized performance will always be slower.

Moreover, and less intuitively, it is unlikely that any one blockchain will always be faster than others. This is the “Scalability Paradox.”

Every time a popular decentralized network can support more and faster usage, it encourages more usage and more nodes. This is a familiar concept in other industries. Research shows that widening freeways and roads simply encourages more drivers until congestion reaches the same equilibrium. Take the case of a decentralized exchange with an on-chain order book: The more scalable the on-chain order book is, the faster it can process maker and taker orders. This favorable environment drives even more crypto traders to the exchange, along with high-frequency traders who help push order volume to its limits. As a result, the network becomes congested and gas prices rise. The blockchain becomes a victim of its own success.

In other words, Ethereum will never establish a true Web 3.0 monopoly, even though it has an extremely strong network effect that attracts developers and users. Instead, Ethereum’s continued success will once again lead to more network congestion, thereby creating a vacuum for the development of faster, more innovative and scalable alternatives. Look no further than the Ethereum’s developer community, which decided to de-prioritize their network sharding plans after witnessing the emergence of viable third-party scaling solutions like Polygon and Optimism. This is a tacit acknowledgment of the strength of those projects, and an indication of what’s to come.

After the Merge, new so-called “Ethereum killers” are just as likely to emerge as layer-2 protocols meant to complement Ethereum. Either way, the industry will improve on the past, and arguing over which L1 has the highest transaction volume or total value locked is less useful than examining which decentralized network or service is the best at a specific task or capability.

All of which is to say, the winner of the scalability war may ultimately be irrelevant. The Merge isn’t even the most consequential milestone on Ethereum’s roadmap. Ethereum’s next upgrade, dubbed “the Surge” (to be followed by, no kidding, “the Verge,” “the Purge” and “the Splurge”) is planned for next year, and only then will Ethereum’s speed and scalability be boosted via network sharding. But even then, Ethereum’s upgrades simply mean the network will significantly increase the upper limits of its operational capacity, but not infinitely.

Instead of worrying about Ethereum upgrades triggering a mass extinction event of other L1s, we should be looking forward to a Cambrian explosion of creativity. A faster, vastly more scaled Ethereum is likely to destabilize some competing L1 projects, but that’s the nature of competition. A highly competitive crypto universe is much better than what we see in the legacy tech industry, where the advantages of massive scale make it all but impossible for startups to compete against the likes of Google and Amazon.

Web3 builders will likely never create the perfect “one size fits all” blockchain, but the possibilities are limitless for the industry as a whole. Creativity is often born of necessity, and the result will be better technology for everyone. 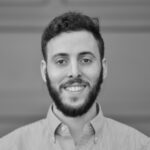 Mark Lurie is the CEO and cofounder of Shipyard Software. He is also a venture partner and investor at FJ Labs and a board member of GMO Trust (issuer of GYEN, a yen-backed stablecoin) as well as the nonprofit Foundation for Art & Blockchain. Previously, Mark was an investor at Bessemer Venture Partners, where his investments included Twilio (TWLO). He has a BA in Economics from Harvard College and an MBA from Harvard Business School.