How DAOs are remaking capitalism into a community-owned economy

In 2021, non-fungible tokens (NFTs) broke out of the crypto bubble to go mainstream, and in 2022, decentralized autonomous organizations (DAOs) will do the same. Already, there are signs that the shift is underway. Late last year, ConstitutionDAO raised US$49 million in its efforts to purchase an original copy of the United States Constitution. Its auction bid may have failed, but ConstitutionDAO made global headlines and inspired another DAO to make a successful purchase of a copy of the Declaration of the Anti-Slavery Convention.

Another initiative, CityDAO, convened to purchase a 40-acre plot of real estate in Wyoming, a new experiment in city building. Its aim appears to coalesce around democratizing access to property ownership and using crypto and blockchain to advance the management of public finances.

Over on crypto Twitter, influencer Irene Zhao whipped up a storm after launching IreneDAO — a DAO dedicated to herself. Membership is conferred to holders of around 1,100 holders of IreneDAO NFTs, which serve as an “access pass” to the DAO’s “Genesis Tribe.” Inevitably, the move has drawn plenty of critics branding it frivolous or a cash grab, but Zhao has stated her intention to use the DAO as a way to launch SO-COL, a decentralized social platform.

Why now? After all, the underlying blockchain technology used to form DAOs has been around for several years. But like so much, the sudden popularity of DAOs is all about the timing.

Over the years leading up to the Covid-19 pandemic, societal dissatisfaction with the status quo was becoming self-evident. The shareholder model of capitalism is based on the idea that — as users, customers, workers and taxpayers — we are the commodity.

Moreover, we’re a commodity that generates sizeable wealth for an increasingly small number of people. The emergence of the internet in the late 20th century simply magnified the problems that were already inherent in the shareholder model and added an additional layer of value to be mined: our personal data, which came at the expense of our privacy online.

The problem is that when there’s a relentless focus on extracting more value without giving much back, eventually, the system begins to buckle.

In the past, many people have rejected the status quo and opted for more community-based alternatives, such as the cooperative model. The International Cooperative Alliance estimates that 12% of us belong to at least one of the 3 million cooperatives in the world. But the US$2 billion in value that they generate is a drop in the ocean compared to the scale of the global capital markets. Historically, cooperatives have struggled to bootstrap and scale under a decentralized, community-managed model.

The pandemic has caused a seismic shift in society. Not only has it accelerated the adoption of digital communication and remote collaboration, but it’s magnified the focus on the environmental and societal impact of operating under a predominantly extractive value model.

A working proof of concept

Meanwhile, in the crypto space, innovators have been proving that the concept of a DAO can work in practice. Due to the early and near-fatal setback of The DAO, where a hacker managed to compromise one of the first examples, it took several years for the idea to take hold. But over recent years, the arrival of decentralized finance (DeFi) has provided a blueprint for a new model and spawned a new term — the ownership economy.

DAO-based platforms are already some of the most successful operations in the DeFi sector. Uniswap was one of the trailblazers — a platform that doesn’t direct profits to the owners or shareholders but to the liquidity providers who make the platform an attractive place to trade. It’s a model that’s been largely replicated by many other projects, including Gro, which has also extended the concept of a DAO from governance to day-to-day operations such as its decentralized marketing team and treasury committee.

One of the major attractions of a DAO is that it overcomes many challenges of legacy models like cooperatives. Blockchain facilitates the process of fund allocation and disbursements via tokens, which convey voting rights to holders. Everything takes place transparently, with transactions and account balances visible to all. There’s no “equity” in the traditional sense because the IP — the code itself — is open source. However, this means it’s possible for other developers and innovators to build apps and integrations that strengthen the ecosystem and make it even more valuable to participants.

Beyond the rapidly-expanding niche of DeFi, DAOs offer a world of opportunity across many use cases that could benefit from the power of network effects. Imagine a social network based on a DAO. This social network turns the traditional business model on its head — rather than a user generating ad revenues for the platform, they receive a share of ad revenues in tokens, credited to their account as a reward for engaging. The other share of the ad revenues is distributed among existing token holders.

This is not a far-fetched dream, but rather the blueprint for many DAOs in existence — regardless of whether their common goals are to build a media platform, contribute to the common good, or offer an alternative to traditional finance. DAOs can incorporate ways to enable members to reward each other for sharing a brilliant idea or introducing the DAOs to friends and family. Some even put in mechanisms where all DAO members get more governance tokens for achieving certain common goals. The more contributions you make, the more governance tokens you’d get, the more votes you have in the future of this community.

Now, think of the network effects. Users are instantly incentivized to invite their friends and family to join in, so they can also benefit from a share of the rewards. As the number of user-owners increases, the platform becomes a more attractive place for third-party developers and operators to build apps and plugins, in turn making the network a more exciting and dynamic place to hang out.

DAO detractors will point out that there are still obstacles to widespread adoption. The legal status of a DAO has yet to be recognized in most jurisdictions, and decentralized governance at scale still comes with some recognizable challenges. However, where there’s a will, there’s a way. The way the world has changed over recent years has created the will. This year, DAOs will find their way. 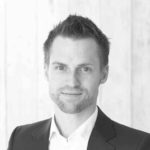 Hannes Graah is the London-based founder of Gro, a stablecoin yield farming protocol. Hannes is also the former vice president overseeing growth at Revolut, the neobank. Hannes previously spent eight years at Spotify, most recently as its global head of new markets. He is an angel investor in more than 30 companies and protocols.