→ Forkast.News has a new look – read a letter from the Editor-in-Chief
Published August 10, 2020 Last updated 12 months ago
By Andrew Work

China’s DCEP will be the world’s Sputnik money moment

China’s CBDC — the world’s first major government-issued digital currency — could launch this year. Are we ready for its financial and geopolitical impact? 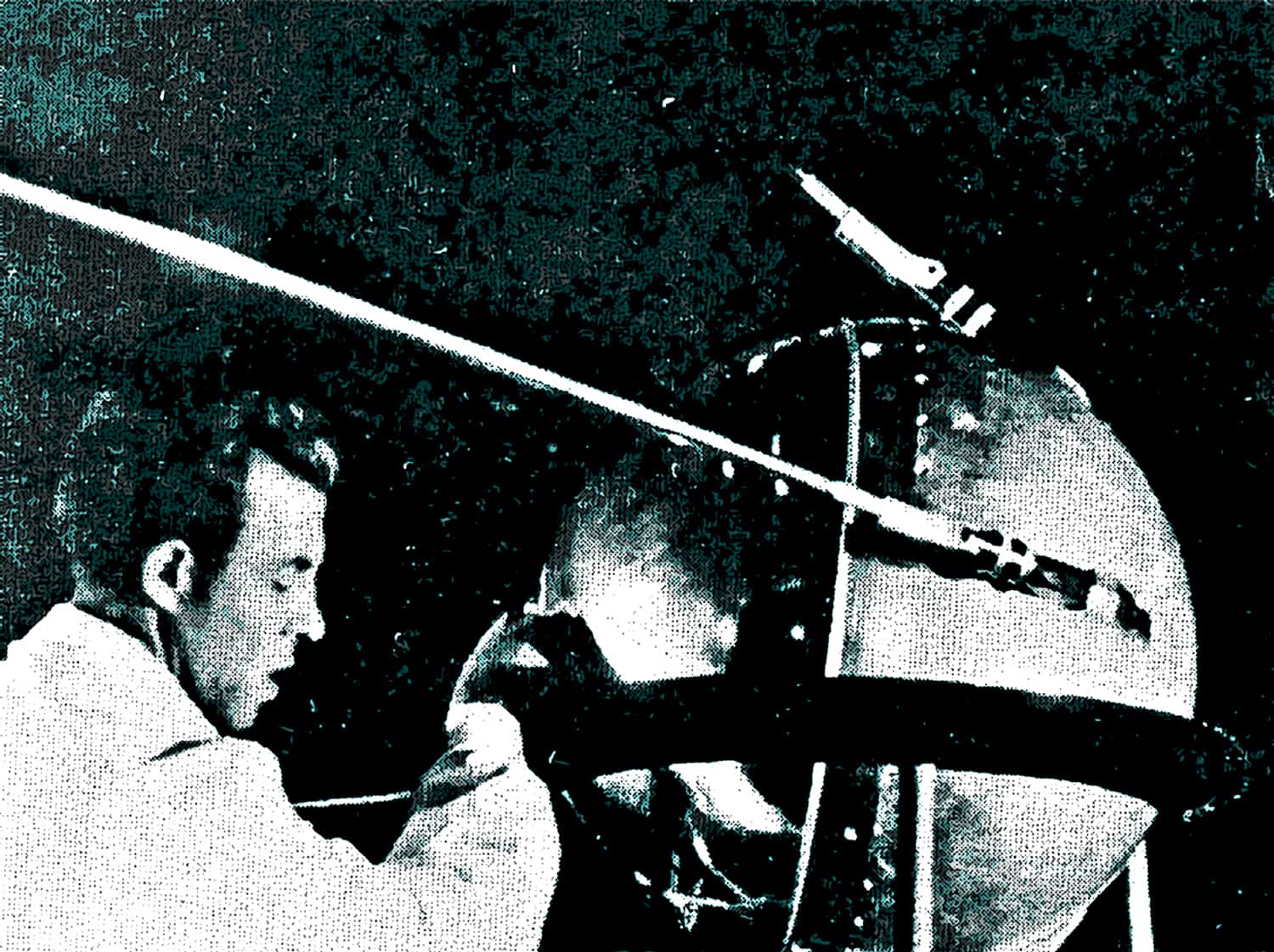 While the world’s central banks write conceptual reports about what future national digital currencies could look like, one country isn’t waiting. It isn’t in stealth mode, hoping to steal a Sputnik moment on the world’s financial superpower, America. This leap forward has been known to the blockchain community and monetary enthusiasts since 2014 — just as the development of Sputnik 1 was known to the scientific community of the 1950s.

But like Sputnik, the world will be shocked when its digital currency finally arrives, outstripping the idle talk of the rest of the world’s nations. The world’s first fully formed central bank digital currency (CBDC) could launch this year, tested and market-ready. And no one else is ready for it.

The People’s Bank of China’s (PBOC’s) digital currency is on the launchpad and is just waiting for the countdown. The rest of the world will just get to see it when it passes in orbit, far above their heads.

The PBOC’s DCEP (digital currency/electronic payment) is being tested in four cities in China. In one, local franchisees of McDonald’s, Subway and Starbucks are part of the test group. Major Chinese banks are deploying test wallets. E-commerce giants like DiDi Chuxing and Meituan-Dianping are next in line to see how the DCEP will interact with their respective 550 million and 650 million users. Next up are telecoms giants — including Huawei. Of course, Alipay and WeChat Pay, owned by Alibaba and Tencent respectively, are going to play a major role as the country’s leading payment platforms.

With more than half a decade of research and a slew of patents at its back, PBOC’s plans to digitize the renminbi have not been slowed by Covid. While most details about this new form of currency have been shrouded in secrecy, major external (i.e., not PBOC) reports on the technical details are expected soon. News of new test partners and details emerge roughly every two weeks now, making it difficult to stay on top of the action for DCEP watchers outside China. That may explain why the world is so woefully unprepared for this innovation.

China’s DCEP is something new — but it’s not crypto

For many years, people spoke of China’s CBDC as a national cryptocurrency, but no one in the know calls it that anymore. In some ways, it is the anti-cryptocurrency. The production of this vehicle will be completely centralized. The PBOC will determine the rate of production without any limiting mechanism. The PBOC will have visibility into every unit connected to the internet or that has been transacted through the internet. They will be able to see it, retrieve it, or destroy it at whim.

One may ask why anyone would accept DCEP as currency. In China, people will likely have little choice. Again, details of the final introduction are not public and will likely be informed by the wide range of tests in progress and planned. However, it is not inconceivable and would be entirely likely what the public could just be told that their holdings — whether in a bank, Alipay or WeChat Pay, or credit with an e-commerce provider — are now the official currency of the land, the digital renminbi.

The difference would not be obvious to the average oblivious consumer in China or anywhere. Life would carry on as always. The new currency, programmable and even more traceable, may make some transactions faster and even more seamless. But the programmable nature of the DCEP may make it problematic abroad.

PBOC can see it all, but no one else can

There are already small scale shadow economies running using Chinese payment platforms abroad. Alipay and WeChat Pay are accepted by tourist-targeting retailers from Milan to San Francisco to Sydney. Those are legitimate, and Alipay and WeChat Pay have worked out solutions with national regulators so their compatriots can take Chinese tourist RMB. But small-scale entrepreneurs among Chinese communities abroad happily serve their customers with a platform they know and are comfortable with, sometimes oblivious to the fact they are circumventing local tax authorities and regulators. This author met one such soy milk delivery enthusiast in Vancouver, 19 years old, who just asked mainland China relatives to give him cash when he visited on holidays. From the clients to the would-be soy milk king to his suppliers and relatives, everything flowed through WeChat Pay.

When WeChat Pay introduces the DCEP, the PBOC will see that — but the Canadian taxman still won’t. While this will be a huge boon for officials fighting corruption, illicit money movements and capital exports in China, it is unclear if they will be keen to share intel on what they see offshore. A Hell’s Angel member taking payment for a gun shipment from Mexico into Los Angeles may be perfectly happy to take payment if a visit to the Great Wall isn’t at the top of his tourism plans.

This lack of visibility — and the programmable nature of the currency — will only add to reluctance for potential overseas users to accept China’s new digital currency. However, some of the reluctant may have no choice.

One mooted purpose of the new DCEP was to challenge American financial hegemony. Pindar Wong, a leading light at the intersection of understanding and influencing global technology and trade infrastructures (like ICANN and Belt and Road Blockchain Consortium), refers to America’s weaponization of its power in global finance as their M16, a callback to the U.S. Army’s former weapon of choice.

If money supply is defined as M0, M1 and so on to M4, China is keen to push back on America’s M16 — its ability to enforce sanctions against what it considers bad actors. From countries like Iran and North Korea and the companies that do business with them to Russian government actors caught under the Magnitsky Act, the U.S. wields tremendous power in this sphere.

However, China’s reluctance to relax capital controls makes the RMB an underperformer on the international stage. This same will be true of China’s new digital currency. In addition, merchants abroad may find it deeply unattractive. LVMH’s willingness to sell that 5,000 euro handbag via WeChat Pay could sour if they thought it could disappear without recourse if it was spent by a corrupt official from his or her ill-gotten gains.

Smaller countries and players may have less choice. Suppliers to Chinese buyers asked to accept the new Chinese digital currency may not like the new currency, but face the end of their business with China if they say no. Business people abroad who take the new DCEP may find ways to convert it to USD as fast as they can — but may face pressure from  their national leaders who are in turn responding to Chinese pressure for greater acceptance of the DCEP. If Belt and Road infrastructure (currently mostly denominated in USD) is later made conditional on accepting the DCEP, smaller economies like Cambodia and Laos may find it hard to say no, slowly (or quickly) becoming monetary vassal states of China to match their economic and military status.

Larger economies will likely balk at letting a programmable digital currency — in effect, software — loose in their financial system. If concerns about Huawei and the complete inability to truly inspect and monitor its hardware are mounting, imagine the ability of financial regulators worldwide to effectively monitor a software that China has been developing since 2014 and that they barely have on their radar. It is theoretically possible that regulators have been carefully watching the PBOC’s DCEP and have plans to deal with it, but if so, they have kept that very, very deep undercover. More likely they have no clue what’s coming and will ban it outright pending a late and lengthy examination.

China’s DCEP may indeed help to spread its use a little bit into weak neighbor states and non-U.S. aligned countries it does business with, like Iran and North Korea. However, the real goal will be domestic — domestic control, to be precise.

Like China’s widespread use of facial recognition and other forms of artificial intelligence, the DCEP will take government visibility into the domestic economy to a new level. Accessing an individual’s financial picture may not have presented a challenge in terms of securing warrants and permissions from independent judges, but you still had to know where to look and go to the trouble of asking. Now it will all be visible, all the time. Indeed, some are asking why the PBOC doesn’t just take over as the principal holder of accounts and processors of payments and replace the banks and platforms like Alipay and WeChat Pay. However, the PBOC has indicated it has no interest in playing that role. It is happy to have banks continue to play their traditional role in the economy. Shadow banks, on the other hand, should understand their days to be numbered. All the shadows will disappear and they will move into the light — or disintegrate under its harsh glare.

The same can be said for corrupt officials and criminal elements who may be forced to resort to old school, off- the-grid currencies like suitcases of USD, bars of gold and whatever cash RMB can be still scraped up. But by and large, the vast majority of the urban economy will be incredibly transparent.

The outflow of currency will also be better controlled in the on-going evolution of cat and mouse attempts to move money out of the country that necessitate capital controls in the first place.

Real visionaries, among them Mr. Wong, have posited that the sophistication of China’s new digital currency could also enable next-level forms of economic activity characterized by self-owning autonomous companies and self-executing contracts.

But by and large, the main objective is control of people and the monetary environment. And with major banks, e-commerce retailers, telecoms providers and payment platforms working to help the government implement this next level of currency, that goal will almost certainly be achieved in very short order by the end of 2020.

This is next to certain. The only question is how far and wide the DCEP will spread outside China — and what lessons the world will draw from it. Regulators will love the unlimited visibility of this form of digital money, but privacy advocates may have a very different reaction. The “old” RMB may be the only one permitted to interact with American dominated financial systems like BIS (Bank for International Settlements) and SWIFT for quite some time to come, as politicians and regulators wake up to the fact that China has taken its currency to a higher orbit while the rest of the world is still trying to figure out how to build a basic rocket.

Andrew Work is the author of the Friedrich Naumann Foundation report Crypto RMB: Finance Innovation or New Tool For Control? China’s New Digital Currency and What It Means to the World. It is the only comprehensive report published on the PBOC’s digital currency, which is expected to fully launch in late 2020. You can download it here from the FNF website.

Andrew Work is a Hong Kong-based policy analyst and a co-founder of the Lion Rock Institute, a think tank focused on free market solutions to Hong Kong issues. He is also the founder and editor in chief of Harbour Times, a publication focused on Hong Kong policy and politics. Previously, Andrew served as the managing director in charge of Media, Asia and Europe at NexChange Group as well as the executive director of the Canadian Chamber of Commerce in Hong Kong. He holds a Bachelor of Science from McGill University and an MBA from the University of Victoria.