Forkast+Diary of a Crypto Newbie

Chasing my first crypto wallet down a rabbit hole

In Part 1 of a special Forkast series, crypto newcomer Joel Stein dips a toe into Bitcoin and Doge by opening his first-ever crypto wallet.

This is the first installment of a special Forkast series on humorist Joel Stein’s adventures in the blockchain world. Parts 2 to 6 chronicle his experiences as an Axie Infinity gamer, an aspiring metaverse real estate mogul, a move-to-earn STEPN jogger, a crypto day trader and joining IreneDAO as a simp in Web3.

When I was 16 and bicycling through Europe, I carried the 20th century’s worst form of currency: American Express Travelers Cheques. Even harder to use than they were to spell, they required signatures and countersignatures, witnesses and personal identification. Using them made you feel like James Bond, if there was an uptight notary public in Wisconsin named James Bond.

The last few times I traveled overseas, I never saw the local money — paying only in credit cards and phone swipes. So I was excited when I heard there was an even simpler currency. One that allowed instant, verified digital transactions without paying middlemen, giving up privacy, or having my data sold. I was ready to cut up my credit cards and go full crypto.

For a system that’s supposed to protect my privacy, Coinbase started our relationship by asking some invasive personal questions. Like, 12th-date questions. “What is the source of your funds?” Coinbase inquired, giving me options that included inheritance and family. Then I had to let Coinbase access my Citibank account through Plaid, which is not only a dreaded middleman, but one that earlier this year paid US$58 million to settle a class action lawsuit accusing it of collecting excessive user data.

When I finally was ready to buy crypto, I was confronted by a selection of currency options larger than Europe had after World War I. Many of the more than 50 cryptocurrencies on offer sounded like they could be only used in a Dungeons & Dragons campaign: Spell Token, Golem, and Gods Unchained. Others sounded like 1990s grunge bands: MyNeighborAlice, SuperFarm, 1inch, and Gods Unchained. I had no idea what to get. Even ones I’d heard of like Bitcoin and Solana came in their classic form or “wrapped,” which sounded like a nice service.

As I was deciding, my 12-year-old son Laszlo walked into my home office. Laszlo was nervous about putting our family’s money into crypto, and he limited me to US$100. He insisted on splitting that vast sum between four currencies. He chose Bitcoin, Ethereum, Crypto.com Coin (because he saw that cringey Matt Damon Crypto.com Super Bowl commercial) and Axie Infinity (because I told him about play-to-earn games). In the few seconds it took me to click to buy each currency, their price fluctuated on screen. Buying crypto must be like buying groceries in Venezuela.

I was finally ready to spend my new 0.00054159 of Bitcoin. Except I wasn’t. I couldn’t buy anything with the crypto I had. Coinbase was only like a small airport currency exchange booth.

What I needed was a wallet. Not just one wallet. Two wallets. A “hot wallet” (or “soft wallet”) online and a “cold wallet” (or “hard wallet”) gizmo. The helpful Forkast explainer on hot/soft and cold/hard wallets starts by saying, “Using safes and banks is common practice to keep your cash secure.” Which made a lot of sense until I realized that almost no one keeps their money in safes. The only people who keep money in safes are cast members at Old West theme parks or rich expats in Asia with low-wage live-in housekeepers and trust issues.

Basically, the soft wallet was for crypto I wanted to spend, and the hard one was for investments I wasn’t going to touch for a while. Unfortunately, I might need several soft wallets because they each seem to specialize in different currencies. Metamask only handles Ethereum-type coins, while Green only holds Bitcoin. Luckily Coinbase has its own wallet that accepts both, so I got a Coinbase Wallet. Even though, as my crypto-obsessed friend Igor Hiller told me, “That’s lame,” saying all the cool kids used Metamask.

Coinbase generated a 12-word recovery phrase that I would need to get into my wallet. I was starting to see the “crypto” in “crypto currency.” The process of buying things with crypto might be a bit like giving ICBM locations to an East German spy. This was high tech security. But not as high tech as Vanguard, which digitally verifies me by my voice.

To keep my 12-word Coinbase recovery phrase away from hackers on the internet, I had to write it down. With a pen. On paper. Like a medieval scribe on papyrus. The 12-word phrase was not technically a “phrase” since it did not make any sense. It was 12 random words clearly picked out by a bro. It contained words such as “bullet” and “render.” There was no “feelings” or “menstruation.”

Luckily, I knew it was unlikely that I’d ever have to restart my wallet or transfer to a new one and ever have to use this phrase. So I set up my Coinbase wallet on my Chrome extension on my computer, after learning it would not work with Safari, the browser I use. Then I also set up the wallet on my phone where the user interface was more aware that users are humans. When I went back to Chrome four minutes later, I got a message saying I needed to restore my wallet with my 12-word recovery phrase. Which I conveniently still had, inscribed on papyrus, right in front of me because it has only been four minutes.

For my cold/hard wallet, I bought the Ledger Nano S for US$60. It was a lot like a USB drive with a tiny screen and two tiny buttons to scroll through the screen.

The Ledger website looked simple to use, until the setup page warned: “Plan 30 minutes and take your time. Grab a pen to write with. Stay alone, and choose a safe and quiet environment.” Getting a cold wallet was turning out to be a lot like applying to college.

I punched in a four-to-eight digit PIN code. But that was just the start. The Nano box came with a bunch of small cards for me to write down a 24-word Nano recovery phrase I would need. This one was not only twice as long as my Coinbase recovery phrase but even more manly with words like “punch,” “fury,” “engine” and “salute.” The words flashed in a blocky War Games era font on the teeny blue-on-black screen. I wrote them down. As I am 50, I am not sure if one of them was “law” or “low.”

I now had two different pages of paper on which I had written two different manly strings of words that made no sense. Yohan Yun, a Forkast editor who I kept asking questions to as I went through this process, like: “Are you kidding me?” and “Do people really do this?” told me that he has “a whole notebook of recovery phrases. And a copy of that notebook.” A German programmer named Stefan Thomas has Bitcoin now worth nearly US$300 million still trapped in his hard wallet, with only two guesses left on his 10 allowed password attempts after losing his piece of paper.

I was starting to understand what life is like in a decentralized world. I was responsible for my own security. I should trust no one and keep security phrases and a physical hard drive away from the internet. It might not be such a bad idea to also get a gun, a laser security alarm system and a fearsome dog, but not a breed large enough that could easily swallow an angular metal object the size of a USB drive.

Before I finished setting up my Nano cold wallet, Ledger made me take a three question quiz to make sure I understood the basics, which seemed like the kind of centralized Big Brother nonsense I came to crypto to avoid. I got two of the questions wrong. It let me proceed anyway. Good on you, Ledger.

I was now six hours into buying crypto, and I still didn’t have any I could use. When I was in middle school, I had an Apple IIe, which I programmed in several computer languages. I even replaced its motherboards and dialed up to bulletin boards — and I could not do this. This is why no one over 60 is buying crypto. They are too busy still trying to figure out streaming services.

I tried to move money from Coinbase to my wallets. Unfortunately, my Chrome version of my Coinbase Wallet kept saying I had no money in it, even though my iPhone version of my Coinbase Wallet said I had US$70 (and a day later, US$68) in Dogecoin that Yohan sent me to play with because “Solana is congested right now.” I did not know what that meant. Did Solana have Covid? Was this the time for wrapping my Solana in crypto blankets?

I called Coinbase customer service and spoke to a very nice woman named Jenny. She told me that my money could exist either on my wallet’s Chrome extension or my iPhone app but not both simultaneously. Then she backtracked and told me I needed to import my wallet to my extension even though I was logged on. Then she said she’d send me an article.

And so I kept at this for four days. While Citibank instantly sent Coinbase my US$100, Coinbase managed to convert only about US$6 into crypto for me over the course of 100 hours. The fees to move it to my wallets exceeded what I had. Every time I tried to transfer I got a message that said, “There was an error with your request. Please try again.” Jenny told me that she was going to have the Wallet Team contact me via email because “they’re a back office team and they don’t have a phone line just yet.”

I understand that it was not easy for the covered wagons from Iowa or the ships from China to get to California during the gold rush. I’m sure it was a challenge to choose the right pickaxes and learn how to pan nuggets from a stream. And that, one day, crypto might be as frictionless as promised. But right now, crypto feels like a pre-Web 1.0 desktop computer experience. Or organic farming. I’m starting to think that’s why some people like it so much.

Yohan is going to have to free my US$170 for me. Otherwise, I’m going to grab my Ledger and use a “hammer” to “smash” it into “shrapnel.” 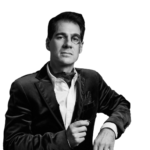 Joel Stein was not easy to work with on this bio. The only verifiable facts he provided were that he wrote a column for Time magazine for 20 years, along with 22 cover stories; was a columnist for the Los Angeles Times and Entertainment Weekly; writes a weekly column for Medium, and is the author of the books "Man Made" and "In Defense of Elitism." There is no basis for his claim that his writing has "saved millions of lives and destroyed many more marriages."