To unwrap Web3’s promises, we must break the barriers to blockchain adoption

Despite blockchain’s potential, barriers to use still stand in the way, writes Andrew Vranjes of Blockdaemon. Solving security issues and reducing risk will be key.

Blockchain has game-changing potential and will revolutionize many areas of technology and finance. This year’s Ethereum Merge, where the underlying consensus model from proof of work shifted to proof of stake, improving energy efficiency and security, is one example of such a breakthrough. But there are still barriers to overcome.

In order to fully realize this potential and drive widespread adoption of Web3, there is a need for robust, enterprise-grade architecture.

This must include sound security and risk mitigation to ensure a firm foundation that will further accelerate institutional adoption, which in turn will fuel the adoption of Web 3.0 by the masses.

Institutional adoption of blockchain technology is a major driving force behind the growth of Web3. Companies and governments worldwide are increasingly embracing blockchain for its transformative potential.

Real-world blockchain applications are being developed in various industries, ranging from the protection of intellectual property and creative ownership rights to the prevention of piracy, environmental sustainability and more.

However, during this exciting period, we must continue to focus on driving value from the technology itself. To achieve mass adoption, we must also overcome several barriers that still stand in the way.

Why we should care about Web3

Blockchain is the great equalizer between individuals. They are immutable and advocate self-custodial asset ownership and decentralization.

If blockchain technology alone can deliver meaningful real-world use cases, why should we even care about the development of Web3?

Despite commonly held perceptions, Web3 is more than just a virtual realm or metaverse. Its benefits will increasingly transcend into the physical world.

In the world of Web3 itself, users can also enjoy entertainment from gaming, with the difference being ownership of in-game digital assets through non-fungible tokens (NFTs), and democracy through participation in governance, voting and development of communities, among other features.

There has been a constant focus on improving accessibility through simplifying the user interface (UI) and the user experience (UX), scalability, and infrastructure. A pragmatic approach is required to push the growth of Web3 even further.

But for Web3 to reach its full potential and attain widespread adoption amongst institutions, security and risk mitigation issues must also be addressed.

Blockchain is the technology powering the world of Web3. With the increasing growth of proof of stake as a foundation, validators of these networks are a core pillar of Web3.

Institutions are increasingly interested in growing asset value through proof-of-stake blockchains. This includes staking tokens and operating validator nodes. However, more attention should be paid to the consequences of improper operation.

For example, significant validator node downtime will affect the performance of the designated blockchain network and reduce operator rewards.

Validators are also punished for malicious behavior, through what is known as slashing. While slashing is necessary to keep all validators in the network accountable, it can put staked assets at risk. Improper operations or mistakes can result in validators being slashed.

A minimum stake of 32 ETH is required to run an ETH validator node, and validators stand to lose anywhere from 0.5 ETH to the entire stake of assets from slashing — the latter case is only in extreme circumstances.

To support the institutional adoption of blockchain infrastructure and the growth of Web3, there needs to be support and infrastructure in place to mitigate mistakes and maximize uptime and performance.

Risk mitigation tools such as slashing insurance are thus an essential part of the countermeasures that need to be taken against bad actors and loss, providing consistency and sustainability.

With the recent string of hacks and exploits on decentralized networks and the lack of reliability for centralized platforms, there needs to be a continued emphasis on security measures.

This can come in the form of quality audits, know-your-customers (KYC) and anti-money laundering (AML) processes, and reliable and secure custodial infrastructure to protect seed phrases and access to crypto wallets.

Making the on-ramping process of digital assets as seamless and safe as possible will fuel continued usage and application of blockchain technology, and the development of the world of Web3 will benefit in turn.

Paving the way for blockchain adoption

Blockchain undoubtedly offers huge potential, but it must be underpinned with solid and safe foundations to facilitate larger-scale institutional adoption.

Practical applications and utility of Web3 and blockchain technology should be prioritized over distractions from hype and speculation.

As blockchain technology evolves, we must all remain focused on the right things, such as valuable business cases, institutional-grade infrastructure, and security. 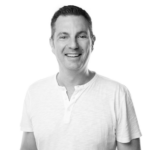 Andrew Vranjes is the Singapore-based vice president of sales and general manager (APAC) for Blockdaemon, an institutional-grade node management platform and infrastructure tooling provider for blockchain projects. He previously worked in leadership and senior management for Amazon Web Services, Cisco Systems and Singtel/Optus.