Blockchain can save time, money and reams of paperwork, writes Tim Bailey of Red Date Technology. But its future in global trade remains uncertain.

The Covid-19 pandemic represents the single largest challenge to global trade for decades.  With restrictions of varying severity coming in and out of force around the world on a rolling basis for the past two years, normality for international trade is by now hard to remember. In 2020, world trade volumes plunged in a way never witnessed previously, and although trade rebounded sharply in 2021, there can be no doubt that the flows of goods and services around the world that global growth relies upon are today more fragile than perhaps at any point in recent history.

However, as research by the OECD has made clear, the impact of the pandemic has varied greatly in terms of its impact on different sectors, regions and individual countries.  Their analysis suggests that the pandemic generated trade changes in a single year roughly equivalent to the level of change that would previously have occurred over as many as five consecutive years.

The pace and severity of the disruption can, however, be seen to have had specific upsides for two highly important aspects of global trade. Firstly, the pandemic created new or intensified previous incentives toward risk mitigation strategies on the part of consumers, firms and governments, and secondly, the drive to develop, test, and implement new technologies for the management of cross-border trade has been dramatically accelerated.

Both were direct consequences of the pandemic-induced disruption, and both suggest an increased role for blockchain technology in this sector is likely in the near future — though risks and obstacles remain.

What are the main problems facing global trade today?

Macroeconomic research conducted by the Bank of England has shown that shipping costs have risen dramatically since the onset of the pandemic.

This context has made it all the more essential for firms and governments to be looking for cost-efficiencies anywhere and everywhere, and this is where blockchain technology can make a positive impact.

Aside from Covid-related problems, the pre-existing difficulties with conducting successful cross-border trade are well-known. Primary among these are three areas to which blockchain has a huge amount to contribute: managing documents, speeding up trade finance and simplifying tariff collection.

Trading across borders is infinitely more complex than domestic trade, partly because the exchange now has to comply with two or more sets of regulations, rather than just one.  Demonstrating that trade is legal and compliant therefore involves a great deal of paperwork to be completed requiring input from both the importer and the exporter.

While specific requirements vary from one country to the next, an international shipment is likely to need at least some of the following documents to be prepared and ready to be displayed.

Common necessary trade documents include an airway bill, the certificate of origin, a bill of lading, a combined transport document, a bill of exchange, the insurance certificate, the packing specification, plus additional inspection certificates from customs posts that the cargo has passed through.

This generates a great deal of work for international traders, and the fact that much of this administrative work is carried out on paper creates obvious problems of trust and authenticity, not to mention efficiency.

Only a tiny fraction of global trade is settled in cash and prior to the goods being shipped. This is because buyers usually pay once goods have been received and inspected, and therefore some sort of financing is essential to bridge the time gap between when an exporter ships a consignment and when they receive payment.

The traditional method involves “letters of credit,” whereby a letter is issued by the buyer’s bank guaranteeing that the agreed payment to the seller will be received on time and for the correct amount. If the buyer is unable to make the pre-agreed payment on time for whatever reason, their bank is required to cover the full or remaining amount of the purchase.

This process, whereby one or both of the trading partners’ banks bear some of the risks for financing the transaction, means financial institutions are unwilling to commit to such arrangements without undertaking extensive due diligence.

This is an extremely labor- and paper-intensive process that takes considerable time and effort to complete. Research carried out by the Boston Consulting Group and SWIFT found that the process commonly involves more than 20 separate entities for a single trade finance deal, with necessary data typically contained in 10 to 20 different documents, creating approximately 5,000 data field interactions. Blockchain technology is uniquely capable of speeding up and simplifying these tasks.

The current inefficiencies in global trade also consume government resources. Tariff collection is a process that currently involves extensive paperwork as well as employee time from the government as well as the private sector. Tariff collection requires a great deal of infrastructure to be installed at docks, ports, airports, trains station and road entry points, and transporters often have to wait for extended periods of time while customs declarations are checked and other regulatory procedures are completed. This all adds time to delivery schedules, and therefore also indirectly raises costs for consumers.

How can blockchain applications help?

As World Trade Organisation economist Emmanuelle Ganne has argued, blockchain is “game-changer” technology with vast potential to solve some of the major problems facing global trade.

The ability of blockchain to enhance the efficiency of business processes means we can move in the direction of fully paperless trade. By allowing the safe, secure and reliable digitization of trade documents, certain administrative procedures can be automated, with enormous impact on transaction speed.

A host of banks and IT companies are currently working on such systems, including a Red Date Technology-built project for China’s Blockchain Service Network. These new blockchain-based systems aim to facilitate paperless trade by connecting trade partners together on a private network of blockchains, including both permissioned and permissionless chains. Once connected to this network, importing and exporting firms can then share data between jurisdictions in real time via the blockchain-powered data centers.

As explained above, the current system of trade finance is costly and slow. The digitization of trade finance processes can thus bring significant savings to international trade transactions.

The most promising developments here relate to digitizing and automating payments as well as digitizing information contained in scanned PDF documents. It is precisely the immutable and transparent nature of the blockchain that can enable full confidence in such digital processes to flourish.

One of the earliest and most impressive examples of a decentralized application of this type emerged from a collaboration between Barclays and fintech start-up Wave, which successfully conducted the first known blockchain-based trade finance transaction back in 2016.

This transaction took place on a permissioned chain and provided trade finance to facilitate the export of approximately US$100,000 worth of dairy products from Ireland to Seychelles. Crucially, the process of obtaining a letter of credit, which normally takes around 10 days, can be cut to less than four hours, according to Barclays.

A blockchain system would allow smart contracts to be encoded with the relevant legal and regulatory requirements to allow the automatic payment of customs duties.

The technical architecture to allow this would rely on a digital mechanism for monitoring external events, sometimes described as a “blockchain oracle.” The third-party services provided by the oracle can then be used to trigger smart contract execution if all the pre-defined conditions are met.

A simple example of this concept in action would be that an oracle could be designated to monitor a delivery truck equipped with sensors. A smart contract could be linked to this oracle and would then be able to automatically execute payment when the delivery crossed the border.

Decentralized applications similar to the proposal above could also be used to allow intermediaries to collect tariffs and any other taxes due on a shipment on behalf of governments. Not only would this save time at borders, but it would significantly reduce the risk of piracy or other forms of customs fraud.

Finally, the use of blockchain applications to collect tariffs would also help improve the accuracy of trade data and statistics, some of which are still based on approximations due to the challenges of collecting and systematizing all the relevant data.

Is blockchain technology the future of global trade?

The short answer to this question is that we still don’t know for sure, although several blockchain-based applications seem to open up very exciting opportunities in the field of cross-border trade.

There are risks ahead, however, particularly around scalability and whether or not such applications can be deployed as widely across dozens of organizations as they’d need to be to have the desired impact.

Cost and interoperability are also potential issues standing in the way of mass adoption. Blockchain technology is relatively new and it remains costly to build blockchain-based applications. Developers with blockchain experience are also in short supply, which again can add to the cost of application development.

For those reasons, we are still a long way away from blockchain and distributed ledger technology being as widely understood and used by companies and governments, despite their demonstrated potential to transform the global trading system for the better. Fortunately, the industry is building infrastructures and tools that address these issues. We have also seen significant momentum over the past year with mainstream global enterprises investing in or embarking upon blockchain technology initiatives. The combination of infrastructures, tools and mainstream adoption is cause for optimism that over the next several years, we will see the positive impact of blockchain technology in the international trade space. 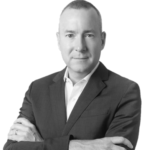