How blockchain is transforming the investing and securities industry

The international capital markets currently use legacy infrastructure that carry many risks and inefficiencies. The good news is that blockchain and smart contract technology have begun to replace this infrastructure, and early participants are already reaping the benefits.

Issuers are gaining lower-cost access to capital from more diverse investors. Investors are offered a chance to participate in previously out-of-reach investment opportunities, including private equity, unicorns, hedge funds, private debt and more. Fund managers are reducing costs and more efficiently allocating their capital, and all participants are lowering their individual risk, which is contributing to reduced systemic risk.

This is why forward-thinking regulators like the Monetary Authority of Singapore have drawn up regulatory frameworks for the new infrastructure. As blockchain-supported infrastructure grows in capacity and adoption, there will be an exciting shift towards more sustainable and efficient investment patterns with long-tail societal benefits.

The risks inherent in the legacy financial market infrastructure

Modern financial markets rest on infrastructure established in a bygone era. Like physical plumbing, this old infrastructure will find it increasingly difficult to cope with the rapid flows and demands of the modern world. How did we get here and what are the risks?

In the early days, people held and traded physical certificates that represented shares in companies, commodities and other assets. To improve security, reduce fraud and speed up trades, central clearing houses took possession of the certificates and brokers acted as intermediaries for trades. While this was a step in the right direction, the market soon confronted another problem: how can assets be traded quickly among a large group of investors who don’t implicitly trust one another?

In the digital era, while a trade in securities appears to happen instantaneously, the true test comes at the point of settlement. This still takes up to three working days, not much faster than a few decades ago, because a range of intermediaries that conduct their affairs manually remain staunchly in place.

These middlemen are a bane not just because they collect rent from issuers and investors but also because they add to risk.

Consider investment funds that regularly make short-term trades to react quickly to opportunities across geographical and asset markets. Such trades are settled over a few days, and during that time, each party to the trade bears the risk that the other will become insolvent or that prices might move very significantly.

Since both parties are likely to have also simultaneously engaged in other transactions with other counterparties, one large insolvency may cascade into mass insolvencies, which can in turn trigger a full-scale financial crisis.

Since the financial crisis of 2008, many large global central clearing counterparties (CCPs) have been established as intermediaries, in response to regulations aimed at reducing the risk of systemic failure. While CCPs do deploy more sophisticated risk mitigation strategies, they too have become interconnected and therefore burdened with significant risk.

According to a 2018 report from the Financial Stability Board, the 11 largest CCPs are connected to between 16 and 25 other CCPs, and the two largest account for nearly 40% of total prefunded financial resources provided to all CCPs. This means the default of a single CCP will adversely affect many, and could still result in cascading defaults not unlike the ones in 2008.

Blockchain has the potential to turn things around.

The emergent technology enables the trading of financial assets on a verifiable ledger. It does this by distributing the ledger that tracks securities ownership across many nodes, with all nodes agreeing to a consensus mechanism for updating the ledger. This ensures the traceability and transparency needed to keep everyone honest. It also provides the redundancy needed to ensure mistakes aren’t made.

For these reasons, blockchain is steadily growing in adoption. It is, after all, an elegant technological solution to the age-old problem of how information and assets can be exchanged reliably among large groups of people who don’t implicitly trust each other.

The Singapore Exchange, for example, having completed a digital public bond pilot worth S$500 million (about US$376 million) in September 2020, announced a few months later its 10% stake in DBS Digital Exchange, which uses blockchain to provide an ecosystem for fundraising through asset tokenization and the secondary trading of digital assets.

By settling instantly and directly between buyers and sellers, blockchain technology eliminates the need for intermediaries who could potentially cause risk to build up to systemic proportions, as described earlier. Moreover, risk reduction is just one of several benefits of the blockchain.

With participants in the financial markets forced to rely on a complex chain of intermediaries, fees for financial transactions of all kinds are much higher than they need to be.

A report by Oliver Wyman found that revenue from settlement, custody and collateral management amounted to US$40 to 45 billion in 2013. A 2016 report by SWIFT found that between 6% and 13% of trade value chains is consumed by intermediaries — value that would have been retained by the buyer or the seller if the exchange had been less inefficient. To the extent that blockchain automates trades, it reduces excessive rent-seeking by middlemen.

Regulatory compliance is another significant benefit.

Due to the inadequacy of the legacy infrastructure, it was impossible for secondary markets to develop in the private equity space before the emergence of blockchain. The main reason? There was no way to cost-effectively comply with regulations that may apply to an asset, such as allowing participation by accredited investors only, or ensuring that no single investor holds more than 10% of shares, or monitoring the total number of investors so it stays below specific regulatory limits.

As a result, private equity markets have kept investor numbers small in order to continue serving them with manual processes.

Here again, blockchain-supported infrastructure holds the solution. The use of smart contracts brings programmability to securities. Issuers can embed regulatory compliance into security tokens so it becomes technically impossible for the tokens to breach the rules. They can also automate functions like dividend payments and voting.

Furthermore, as security tokens are infinitely divisible, access to them is democratized. Whitelisted investors can allocate much smaller amounts to private equity funds — say, US$10,000 instead of US$1 million per opportunity. The tokens also enable secondary trading, providing liquidity, which is more important to smaller investors.

As more jurisdictions embrace blockchain technology, companies are stepping forward to build the infrastructure worthy of this new age. In time, the plumbing of financial markets will get its much-needed upgrade for the digital era.

When that work is complete, the new plumbing will be just like its physical counterpart. It will move every precious drop of water to its intended destination — with no leaks along the way. 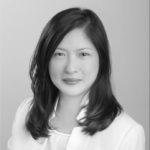 Oi-Yee Choo is the CEO of ADDX, the Singapore-based fintech company formerly named iSTOX. She previously was the head of investment banking at UBS Singapore and has also worked at Morgan Stanley, Nomura and Citigroup.