The Bitcoin white paper, published 14 years ago this day, launched an industry that is now subsidizing clean energy and turning waste into digital gold, writes Will Szamosszegi of Sazmining.

The most important innovations in human history have positive impact on the world in ways their inventors could never have predicted. The printing press helped to break the Catholic Church’s monopoly on thought. YouTube was initially meant to be a video-based dating site, but now over 120 million people across the globe consume YouTube videos daily to learn about every subject known to man. And Satoshi Nakamoto’s 2008 Bitcoin white paper, while originally written to explain how decentralized and incorruptible money could work, has sparked a revolution in humanity’s relationship with energy that is underway before our very eyes.

The intentions of Nakamoto, the pseudonymous creator of Bitcoin, were made clear through his communications in cypherpunk email lists. As he wrote in 2011: “The root problem with conventional currency is all the trust that’s required to make it work. The central bank must be trusted not to debase the currency, but the history of fiat currencies is full of breaches of that trust. Banks must be trusted to hold our money and transfer it electronically, but they lend it out in waves of credit bubbles with barely a fraction in reserve.”

Nakamoto has succeeded in creating a trustless, digital alternative to fiat currencies. Since the publication of the Bitcoin white paper 14 years ago today, Bitcoin has already been bought and held by about 25 million people, and its underlying technology continues to make Bitcoin even more user-friendly. As of October 2022, one Bitcoin costs over US$19,000 — a 21,203,200% increase from merely US$0.09 in 2010!

But Bitcoiners are quickly realizing that the Bitcoin network is good for much more than offering a sound global reserve asset. The Bitcoin mining component of Nakamoto’s dream turns out to be the solution to a number of energy-related problems that humanity faces.

This seemingly never-ending increase in the Bitcoin network’s energy demand has sparked concern by environmental activists. But, perhaps counter to conventional wisdom, Bitcoin mining is the key to a healthier relationship with both energy and the environment.

It is notoriously challenging to match the supply of solar and wind energy to demand. While the wind does not always blow and the sun does not always shine, society’s demand for energy is always nonzero. In order to render renewable energies like solar and wind profitable, something has to pay for these sources’ excess energy when demand from society is low — and voluntarily not consume energy when demand is high.

With just a power source and an internet connection, Bitcoin miners can work from any place on Earth. Furthermore, Bitcoin miners are perfectly able and willing to temporarily shut down their machines if the economics are such that it is worth it. Bitcoin mining is unlike other activities that require constant activity in order to remain profitable (such as those of a supply chain or restaurant, for example).

Bitcoin mining’s ability to “subsidize” renewable energy sources that would have otherwise been unprofitable is not just theoretical. In 2021, Argo Blockchain PLC and DMG Blockchain Solutions started the first-ever green Bitcoin mining pool, and other pools are launching with the same mission.

Bitcoin miners are also able to employ stranded sources of energy that would have otherwise become air pollution, like waste methane.

Over a 100-year period, methane is 30 times more warming than carbon dioxide. Bitcoin mining is the only available technology that can scalably and reliably reduce humanity’s methane emissions.

Climate tech investor Daniel Batten calculated the effects of Bitcoin mining on the environment by taking into account its ability to reduce methane emissions. He has calculated that Bitcoin can be net carbon negative by 2025, can reduce methane emissions by 23%, and can help us eliminate 0.15 °C of climate change by 2045. By using methane that would otherwise escape into the atmosphere, Bitcoin mining will ultimately have a carbon-negative effect, helping us to avoid climate disaster.

Bitcoin mining’s ability to swallow humanity’s waste and spit out digital gold is not a pipe dream, as there are already projects actively pursuing this model.

Not everyone is convinced

Despite the case laid out here, many people are still concerned about Bitcoin’s ever-increasing energy consumption. NBC recently reported that “Bitcoin’s greenhouse gas emissions are set to hit 48.4 million tonnes of carbon dioxide equivalent this year,” which numerous politicians regard as a net negative. Furthermore, the Cambridge Bitcoin Electricity Consumption Index recently showed that Bitcoin’s renewable energy mix is actually down since 2021, casting doubt to many about just how revolutionizing Bitcoin can really be for our relationship with energy.

With respect to Bitcoin’s vast energy consumption: Yes, it is true that Bitcoin consumes large amounts of energy. But so does just about everything — in fact, Christmas lights consume more energy than the Bitcoin network, and yet no one calls for holiday celebrations to be banned. The truth is that the most portable money ever invented that any person on the planet can use is worth the energy cost. If that were not the case, then people around the globe, particularly those impacted by poor fiat economies, would not be flocking to Bitcoin in the first place. Moreover, Bitcoin saves more energy than the current fiat system: the latter is the driving force behind the boom-and-bust cycle, which results in entrepreneurs wastefully investing resources (including energy) in companies and projects that are doomed to fail.

With respect to Bitcoin’s short-term decline in renewable energy consumption: the Bitcoin network is still one of the greenest sectors in the global economy. Moreover, there are bound to be short-term fluctuations in Bitcoin’s renewable energy mix over time. Far more important are the fundamental reasons why Bitcoin is able to subsidize green energy and scalably curbs waste emissions, which remain theoretically sound and are proven out in practice every day.

Better money for a better planet

Bitcoin mining’s potential to revolutionize our relationship with energy and the environment is the most exciting narrative currently evolving in the world of Bitcoin. Even the White House’s recent report on crypto acknowledges it: “While the EPA and the Department of the Interior have proposed new rules to reduce methane for oil and natural gas operations, crypto-asset mining operations that capture vented methane to produce electricity can yield positive results for the climate, by converting the potent methane to [carbon dioxide] during combustion…Mining operations, though, could potentially be more reliable and more efficient at converting methane to CO2.”

Messari’s recent Q3 2022 Bitcoin report included a staggering bar graph that demonstrated Bitcoin mining’s sustainable energy mix (see Figure 1). This number has risen from 37% in Q1 2021 to an almost unbelievable 60% by Q2 2022, making Bitcoin mining one of the most sustainable industries in the world.

The ideas in Satoshi Nakamoto’s white paper should be enough to earn Bitcoin a spot in our pantheon of the greatest innovations in human history. After all, we have never had a global, permissionless monetary asset that cannot be inflated. But in addition to a revolution in humanity’s relationship with money, Nakamoto’s innovation has ushered in a second revolution that the original paper did not mention. Bitcoin mining subsidizes renewable energy projects, brings online stranded energy sources far from civilization, and turns what would have been toxic and climate change-inducing waste into digital gold. 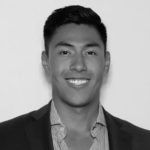 Will Szamosszegi is the Jersey City, NJ-based founder and CEO of Sazmining, a Bitcoin mining platform that connects individual retail miners with green Bitcoin mining facilities. Will is a recipient of Bucknell University’s venture grant, a finalist in SXSW’s Digital Entrepreneurship Tournament, a Forbes Fellow, and a regular speaker at Bitcoin mining conferences.