When the world’s biggest crypto exchange acquires a major stake in the business publication it once sued for defamation, should we worry?

However, when the investor is the billionaire owner of the world’s biggest cryptocurrency exchange by trading volume, and the company he is investing in is Forbes — a highly-respected business magazine publisher and stalwart of the traditional media — the deal potentially has wider significance and is worthy of closer analysis.

In fact, the US$200 million investment in Forbes by Changpeng “CZ” Zhao may come to be seen as a turning point for the crypto industry. It reflects the digital currency industry’s growing buying power and hunger for legitimacy via stakes in traditional industries.

The deal, which makes Binance one of the two largest shareholders in the 104-year-old business magazine, gives a big crypto company far more media influence than any of the various sporting sponsorship deals that were in vogue in 2021. What does the investment mean for the future of crypto and media?

It’s complicated. Let’s start with the positives. The deal — alongside cryptocurrency TV advertisements running in the coveted Super Bowl slot earlier this month — is a further sign that cryptocurrency is edging closer to the mainstream. It also suggests that old companies, including the traditional news media, view the crypto industry as more than a passing fad and believe they can benefit from their technological expertise as well as capital.

But what about the deal? According to Forbes, the deal, expected to be finalized in the first quarter of this year, will help it “maximize its brand and enterprise values and use its proprietary technology stack and analytics to convert readers into long-term, engaged customers of the platform.”

Forbes CEO, Mike Federle, added: “With Binance’s investment in Forbes, we now have the experience, network and resources of the world’s leading crypto exchange and one of the world’s most successful blockchain innovators. Forbes, already a resource for people interested in the emerging world of digital assets, can become a true leader in the field with their help.”

What’s more, news of the investment from Binance, which last year dropped a defamation lawsuit against Forbes, has sparked questions among media experts about a potential conflict of interest that could threaten the editorial independence of Forbes’s well-respected journalism.

Mr. Zhao has tweeted that Forbes’s editorial independence will remain “sacrosanct” and that he would focus on helping Forbes develop its Web3 infrastructure.

Time will tell, but detecting and proving editorial interference can be tricky. Newsrooms rely on numerous daily judgments about what to report on, investigate and what tone to take. Any change in editorial policy can be subtle and informal. For example, reporters can be given verbal rather than written instructions.

Also, bear in mind that Binance has had considerable negative media coverage in recent years, including a Reuters report on claims of weak money laundering checks at the company. You do not have to be a cynic to fear that when a tech company has major financial influence in a media company there is a theoretical risk that it may be tempted to stray beyond its role as tech guru and argue for editorial coverage that is advantageous to either itself or, more widely, the dominance of centralized custodial services.

In this way the Binance stake in Forbes is also about the future of the nascent crypto industry, which in its short history has gained a reputation for volatility, hyperbole, and overly complicated user interfaces.

My main worry about the deal is what it is emblematic of — a centralization of power. That is the opposite of the ideals that the crypto industry was founded on — which is decentralizing finance and making it accessible for the financially excluded, and making everything more open.

These sentiments are not techno utopianism. We don’t want Web3 to repeat the mistakes of Web2, during which many social media users belatedly realized that getting free, fun and useful services required giving away much of their personal information and privacy.

As Jack Dorsey, the co-founder and former CEO of Twitter has tweeted, institutional investors are leading to a turf war for control of the next version of the World Wide Web. The ideals and potential of Web3 risk being supplanted by a centralization of power and narrow commercial interests. For the few, not the many.

The crypto industry is approaching a fork in the road. To stay true to its ideals and create a sustainable and profitable future it must focus on two principles.

One, make crypto customers self-custodians of their money — they own it, rather than, say, venture capitalists or traditional financial service providers.

Two, create a truly decentralized and easy-to-use service that gives a clear and complete money trail with no secrets. The service will be supported by about half a dozen technologies, including blockchain and various software applications.

How can we enshrine these values without curbing innovation, growth, and profits? We can learn from the open-source model in the technology industry.

Open-source software — whose code is freely available and can be shared — is one of the great tech success stories of the last 30 years.

Open-source software — whether it‘s JavaScript or virtual machines (cloud servers) and Android smartphones running on the Linux operating system — is everywhere. It’s also a profitable, multi-billion-dollar market — especially for open-source services. It has stayed true to its initial ideals, including decentralization, collaboration and affordability.

This concept is proven, especially in crypto. Bitcoin is an open-source project, which is maintained by a small number of core developers.

If the crypto industry relies on taking further stakes in media and perhaps traditional finance companies to further its reach and boost its credentials, customers may vote with their feet — or virtual wallets.

That could cause irreversible damage to the reputation of our industry. To avoid this, a consortium of crypto providers must agree to ethical standards, a self-regulation framework, and make our products and services as easy to use as making a contactless payment.

I hope that Binance’s investment in Forbes is successful and funds excellent journalism, independent and without fear or favor — including on all aspects of the crypto industry.

What I fear is that the Binance-Forbes deal will spark a wave of similar investments by crypto companies in established media and finance companies.

A recent article in CNBC cites “crypto insiders” who predict a “deluge of deals this year as [crypto] companies deploy the enormous sums of money raised in recent fundraising rounds.”

That would be a big mistake. The crypto industry must build its future based on its original values, not by trying to use M&A as a shortcut to ubiquity and piggybacking on the public trust many traditional brands still command. 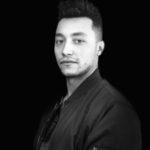