Though their hearts are in the right place, charities and nonprofits are not on what we might call the leading edge of technology. Whether that means utilizing the internet, mobile-based outreach, crowdfunding campaigns, or other innovative digital solutions, nonprofit organizations are often stuck in the old way of doing things and slow to adopt the kind of newer channels that could create real philanthropic game change.

One of the few silver linings of the Covid-19 era has been that it forced nonprofits, like businesses and other organizations, to rethink outdated strategies and become more digitally savvy, developing new and modern ways to build and engage their communities. Innovative organizations like St. Jude’s have led the way in demonstrating how social media platforms and streamers can be valuable partners in using new methods to create donor value and raise funds. This not only creates new channels that can be more effective in fundraising but helpful in appealing to new and younger audiences these organizations might not otherwise be able to reach.

There may be no more potentially valuable channel, perhaps no buzzier space in the technology dominated by teens and twentysomethings, than non-fungible tokens (NFTs). More than just a passing tech fad, NFTs promise to empower philanthropic organizations in a way that hasn’t been possible before, even over the last two decades of the internet.

Before the buzz of Web 3.0, among the most popular philanthropy channels in the last few years was GoFundMe. From the crowdsourced payment of hospital bills to relief for Ukrainian victims of Russia’s invasion, GoFundMe has been a popular source of quickly collecting charitable funds on the fly.

However, like any other large technology platform, what you get for ease of use, you might be trading for something else. GoFundMe has been an innovative and intuitive platform for contributing to and collecting funds for good causes. But like Facebook or Twitter or Spotify, there is some point where your campaign may run afoul of the company or platform, whether that’s political misalignment or a perceived violation of some arcane term of service, and then fundraising becomes anything but simple.

Of course, the most controversial case of GoFundMe banning contributions of late has been the attempt by some to crowdfund support for the “freedom convoy” of Canadian truckers. In that case, GoFundMe initially said it would divert funds from the campaign to other causes until the company, upon further reflection, said it would go ahead and refund that money.

Whether or not you think the freedom convoy is a heroic band of rebels or a rabble of potentially dangerous terrorists, the fact is that a platform like GoFundMe has no choice but to be an arbiter of what constitutes philanthropy and what does not. In a world where information can change and values can shift in the blink of an eye, there will always be the threat of de-platforming and possible diversion of one’s fundraising.

The solution to that problem may be the next big thing. NFTs have been flirting with mainstream adoption, especially finding success in the arts and other creative markets. Really though, NFTs were made for the kind of crowdfunding that is the mother’s milk of nonprofits and other philanthropic organizations. Even the aforementioned Ukrainians are turning to “NFTs for peace.”

So why NFTs in particular? Think of an NFT as a digital successor to a tried and true charitable tool: the raffle ticket. A nonprofit can collect in-kind donations, mint 1,000 NFTs (or digital raffle tickets), and raffle those items to NFT holders. Nonprofits can raffle off donations throughout the year to these holders. If the holders don’t want to keep their NFT, they can then sell it to someone else who wants to win a prize.

When the NFT is resold, the nonprofit will get a percentage of that sale price. The nonprofit can also decide to mint more tickets. You can go on and on, creating as little or as much complexity as you’d like.

This creates dual utility, once for the NFT holder, and once for the nonprofit. Rather than be constrained by the deadlines or terms of service from platforms like GoFundMe, Kickstarter, Indiegogo or Patreon, a kind of “value in perpetuity” can be created. For nonprofits often stuck in Web 1.0 and constrained by the moderation traps of Web 2.0, with a little self-education and entrepreneurial spirit, Web3’s NFTs could present an unlimited “value in perpetuity.” 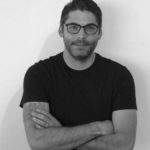 Nick Lynch is the CEO and co-founder of Collidescope.io, a social media analytics and measurement platform based in Los Angeles. Nick is also a childhood cancer survivor and former Make-A-Wish recipient who is passionate about nonprofit organizations. Last year, StartUs Insights named Collidescope.io — out of more than 2,900 startups analyzed —as one of the top “5 Social Tech Startups to Watch in 2021” for improving corporate social responsibility transparency.

Diary of a Crypto NewbieForkast+

STEPN’ing it up with crypto move-to-earn