Ethereum has had problems since its inception. Will the ‘Merge’ solve them?

Ethereum has long grappled with centralization, which the Merge will unlikely address in a meaningful way, writes Daniel Dizon of Swell Network.

As the world contends with Ethereum’s imminent ‘Merge,’ various narratives around the trajectory of the world’s second-largest blockchain have emerged over the past weeks, with the most prominent one being the potential of a proof-of-work (PoW) fork to save Ethereum miners from becoming obsolete.

Propped up by obvious vested interests, persistent debates around the viability of a hard fork are a red herring, distracting the community from far more important issues and questions surrounding Ethereum’s
evolution, from scalability issues and centralization woes to, ultimately, its critical role as a foundational layer for the future of the internet.

Since its inception seven years ago, the Ethereum blockchain has grappled with an array of problems for which most of its community is still working to solve.

The Ethereum blockchain has an inherent scalability issue, which limits it to around 30 transactions per second. Network congestion arising from the sheer volume of transactions often results in delays and skyrocketing fees. While several layer-2 scaling solutions have emerged to help Ethereum scale, they are far from perfect, with issues such as composability continuing to be a major challenge. This is arguably the primary reason so-called “Ethereum killers” have managed to carve out niches for themselves over the years, with scalability built into their infrastructure.

Another perennial issue has been the increasing centralization observed on the current proof-of-work chain, with large mining pools having an outsize influence on consensus. On one level, it is fair to expect the Merge to enable greater decentralization — greater participation in Ethereum’s full proof-of-stake (PoS) consensus mechanism and higher rates of staking, coupled with a higher ETH price, will significantly bolster the economic security of the blockchain by raising the capital bar needed to pose a material security threat to the system.

That is not to say, however, that the Merge will put an end to centralization woes. The challenge of centralization will undoubtedly be an ongoing concern even for Ethereum 2.0, with the centralization of PoS actors coming under scrutiny as more capital flows into Ethereum staking.

Already, major exchanges and mining pools have moved to stake their claim in the emerging sector, while existing players are ramping up efforts in what is set to be the next battleground for crypto capital.

This transition opens a Pandora’s box of risks as well as benefits that will require careful balancing. While it is good to have healthy competition between a diversified set of actors operating at different layers of the stack, centralization risk vectors are best mitigated when there is a commitment to decentralization at the core of a project or venture.

Nevertheless, Ethereum’s ongoing evolution extends far beyond the underlying blockchain, to the various technologies and stakeholders driving them, including users, developers, forward-thinking venture capital and regulators. In other words, most long-term improvements to Ethereum’s usability will come from its ecosystem and not just updates to the Ethereum network itself.

Ethereum as the underlying infrastructure of innovation

While there is little doubt the Merge will be a hugely positive development for Ethereum, supported by the vast majority of its community as well as society given its significant environmental impact, it is most certainly not a silver bullet for the inherent issues that have allowed faster and cheaper blockchains to make huge inroads.

Ultimately, in maintaining the health of the ecosystem, decentralization remains the foremost priority for the Ethereum community, and any venture that contributes to differentiated market share will be a net plus for the ecosystem.

The more these ventures are decentralized by their nature, the better positioned Ethereum will be to maintain its core values of censorship resistance and credible neutrality. While centralization risks are almost inevitable in our current technological paradigm, it is important to remember that Ethereum is still the world’s most decentralized blockchain, and will serve as the critical infrastructure to Web3 and the future of the internet as a public good. 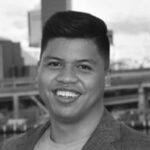 Daniel Dizon is the Sydney-based CEO and cofounder of Swell Network DAO, an Ethereum liquid staking protocol. Prior to Swell, Daniel cofounded and exited a Web2 start-up and also served as a corporate advisor to multiple governments, including the New South Wales state government in Australia and the mayor of London on blockchain and digital assets.