Why Web3 will be critical to countering a dystopian ‘splinternet’

As the internet fractures into silos degraded by censorship and disinformation, DAOs and public blockchains may offer ways to restore trust.

While the physical conflict in Ukraine is rightly occupying a significant portion of news real estate, there’s another struggle underway in the digital realm, one that’s far less talked about. Ukrainians realize that part of their battle is to ensure that their story is being told and have been tireless in their campaigns to get video footage, images, and first-hand accounts of the war onto Western social media platforms like Twitter and Instagram.

On the other side of the conflict, Russian President Vladimir Putin has taken draconian steps to ban access to those same social media platforms across Russia, even dubbing Facebook “extremist.” Now, many experts are warning that the Russian invasion and Putin’s actions are accelerating the arrival of the “splinternet.”

Rise of the ‘splinternet’

While we’ve all become accustomed to the idea of the internet as one great, universally connected system, the splinternet refers to the idea of cyberspace becoming an increasingly divided set of walled gardens cut off from one another. Russia’s efforts to split its internet traffic off from the wider cyberspace trace back to 2019 when Putin introduced legislation that forced internet providers to filter all traffic through government censorship nodes.

Putin’s actions in 2019 weren’t an isolated event. The splintering of the internet is a process that’s been happening for several years, but now pace is really picking up. Moreover, the idea that we in the West enjoy a free and open internet is becoming increasingly remote.

We only need to look at what’s taken place over recent years. Misinformation, conspiracy theories, trolls and bots are everywhere, and it’s near impossible to know which accounts are real and which are fake. As historian Yuval Noah Harari, author of the book “Sapiens” points out: “In a world deluged by irrelevant information, clarity is power. Censorship works not by blocking the flow of information, but rather by flooding people with disinformation and distractions.”

This is consistent with the Russian government’s approach to information around its “special military operation,” but it’s also from the same playbook used to get populist leaders like Donald Trump elected.

Vox journalist Sean Illing calls it the process of “manufactured nihilism,” describing a now-familiar scenario whereby people get so weary of misinformation that they lose faith in the very idea of truth. As his Vox piece points out, it was a deliberate strategy coined by Trump’s former chief strategist Steve Bannon, who stated his approach to dealing with the media as “flooding the zone with sh*t.” It’s a deeply cynical ploy — make the truth so hard to find and litter every road to the truth with divergent theories, so people will feel more confused or go down rabbit holes instead of ascertaining the plain facts of a given matter.

It’s not just politics that is being taken over by the perniciousness of the splinternet. What’s really behind Elon Musk’s hostile takeover of Twitter is anyone’s guess, but his move has rightly got people worried. Musk has advocated to enhance the platform’s “free speech” leniencies, but as we’ve seen with other platforms in the past, “free speech” can be a pretense for the unmoderated spread of harmful misinformation and incitement of hatred. As Vice asks: “Free speech for who, and at whose expense?”

Twitter is the public forum of the internet and an information source for many people. Yes, it has well-documented challenges with trolls and content moderation, but no more so than any other platform of its size. Moreover, Twitter is used as an official communication channel by state representatives, global news outlets, human rights campaigners, academics, independent thinkers and all kinds of niche groups the world over.

The idea that one billionaire can swoop in and make it his next pet project is sending shivers down the spine of many commentators. Time magazine, having made Musk its 2021 Person of the Year, recently published an op-ed arguing that he “should have been stopped long before he came for Twitter.”

Web3 as an escape route

It’s evident that it’s becoming too late to fix the internet in its current format. Allowing control to sink into the hands of a few capricious billionaires means there’s no hope that it can be a truly open and democratic system where people can meet as equals. But Web 3.0 offers one rather promising escape route.

Web3 applications based on decentralized public blockchains like Ethereum, Avalanche or Solana are open to everyone. While it’s possible to some extent for governments or developers to impose rules about who could access a front-end user interface, the application itself is uncensorable, and anyone can access it.

Moreover, the Web3 model is evolving based on the decentralized autonomous organization (DAO). DAOs are a popular mechanism in decentralized finance (DeFi), but when even the New York Times is publishing explainers, it’s evidence they’re becoming more mainstream.

In the DAO model, token holders control the protocol using a voting system, meaning they can determine the future of the protocol. For instance, the Compound lending platform allows COMP token holders to vote on matters such as adding new markets or adjusting risk parameters and borrowing limits. DeFi protocols have found ways to create “fair distributions” of these governance tokens to platform users, avoiding the risk that control will be centralized into the hands of a small group of whales.

There’s no reason that such a model couldn’t apply to the social media platforms of the future, with the ownership and direction determined by the community of users and not by a single billionaire. Moreover, in the Web3 environment, anyone from Russia or China, or any other country with state-controlled internet would be able to join.

Web3 has the power to break down the virtual iron curtains of the splinternet and create a more democratic and truly independent internet that’s open to everyone. If internet access truly is a human right, then let’s work on getting control of the internet back to more of humankind. 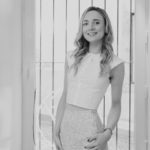 Zara Gleasure is a Dublin-based co-founder and Head of Web3 & Fintech for CW8 Communications. Her team represents several listed companies as well as unicorns in their global communications, strategic positioning, growth and partnership efforts. She holds a bachelor’s degree in Business, Economics, and Sociology and a masters’s degree in International Commerce from Trinity College Dublin and Fudan University in Shanghai. Zara has also worked as an advisor to the Advocacy and Education Coordination programs at ECO-UNESCO.

Why appchains are critical to Web3’s future

Is crypto in a deep funk? Think again