Many DAOs suffer from voter apathy and are hobbled by too much decentralization. What can help DAOs make better decisions?

Simple token governance has become one of the most popular methods of community-centric administration for decentralized autonomous organizations (DAOs) and platforms over the past couple of years. While this model intends to be a truly decentralized and inclusive form of governance, in practice it often enables ineffective or ill-intentioned voter behavior and exposes DAOs to the risk of operating outside of the law.

On paper, the idea of token-based community governance looks attractive. By issuing a pool of governance tokens and distributing them to stakeholders, platforms aim to create an inclusive and fair system where holders can actively participate in a project’s development. The overarching idea is to decentralize power and provide everyone a voice.

By taking this approach, all major changes to a platform’s code or rules must first be approved — or refused — by its community members, where the amount of governance tokens they hold correlates to the weight of their “voting power.” As such, simple token governance provides a way to vote for arbitrary code implementation. However, this system overlooks a critical and elusive component of any democratic system: accountability.

Since DAOs don’t hold participants accountable for their decisions, ill-intentioned votes that pass don’t lead to any restrictions of a voter’s ability to participate in future governance, nor do malicious voter actions result in any direct monetary loss. This leads to a situation when voters can be bribed to vote, or individually orchestrate and execute proposals that harm the DAO’s mission.

Notably, this is a variation of the famous “voter apathy” issue that is ubiquitous in all forms of democratic governance, digital or real life. Without “skin in the game,” voters may either refrain from voting or can easily collude with bad actors.

Moreover, simple token-based governance opens the door to other exploits, such as Sybil attacks. This is where malicious actors take over the DAO by creating multiple accounts and acquiring a major stake in the governance mechanism or bribing other users to vote their way. In essence, anyone with the capital to buy a controlling share of governance tokens — or 51% or more — would be able to arbitrarily push through proposals at will — as was the case in the takeover of Build DAO.

As such, accountability in DAO governance is crucial. This means defining clear goals up front, and tracking the progress — or lack of progress — each proposal makes toward achieving them.

Without clearly delineated key performance indicators (KPIs), it is difficult for a DAO to determine how successful governance decisions are.

This is a problem we encounter in real-world governance, including in most democratic societies where the process prefers parties to goals and personalities to results. Usually, we vote for specific leaders rather than for the concrete tasks and desired outcomes we want to achieve.

Considering these issues, token governance is simply not optimized for helping DAOs make “good” decisions or building great products that maximize stakeholder value. DAOs can also be too decentralized, which leads to product development suffering due to a lack of leadership and compelling vision to harness support and drive to a single goal. Meanwhile, other DAOs are too afraid of generating revenue through fees, being classified as a security, and drawing the future ire of regulators.

DAOs do need to consider the legal ramifications of what they are doing. While they are decentralized and often have no formal leader, it’s clear their actions can’t simply be above the law. This has been highlighted with recent legal actions against Ooki DAO and bZeroX from the U.S. Commodity Futures Trading Commission (CFTC), as well as increased interest in DAO regulation in a variety of jurisdictions. These organizations still need to find ways to generate revenue, but cannot risk being taken down for issuing unlicensed securities or violating other legal parameters. Without explicit guidelines baked into the rules of a DAO, it could be difficult to stay inside a regulatory framework, especially if operating across multiple parts of the globe.

There have been many attempts to solve these issues, with solutions ranging from limited governance that restricts what users can vote on to reputation-based voting founded on identity. However, by far the most effective form of incentivized governance is one where users have vested interests in achieving the agreed goals of the DAO. Implementing clear KPIs, established and validated by the community, instills a sense of ownership and all-important accountability into DAO operations. This could involve creating a system where people are rewarded for decisions that further the DAO goals or penalized for those that hinder them.

Implementing more structured but flexible DAOs could also help with the regulatory status of these entities. Many countries are still working on their own legal status for decentralized assets and organizations, so it may take time to understand how DAOs can remain compliant. Nonetheless, once legal certainty is established, the basic structure of the law can be worked into KPIs, effectively enforcing the laws without the explicit need for human intervention. KPIs could even be flexible, depending on which jurisdiction and what legal framework they are working with.

Without clear goals, incentives — and penalties — voter apathy, collusion, bad decisions and even the law itself can hamper a DAO’s success. Growth incentives such as yield farming and airdrops to financially incentivize users can serve a purpose, but they make too many concessions. Conversely, empowering individuals to act in the community’s best interest through agreed-upon KPIs, incentives and disincentives would add a layer of accountability sorely missing from existing DAO governance. 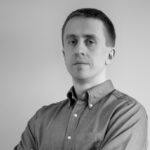 ‘It raises really interesting questions’: How regulators are approaching DAOs

Diary of a Crypto Newbie

Simping in Web3 to follow the DAO of Irene