Why appchains are critical to Web3’s future

What’s wrong with ‘fat protocols’ like Ethereum and Solana, and why should there be alternatives for the little guys? Yaoqi Jia of AltLayer explains.

For many Web3 application developers, there is a perceived tradeoff between ease of development and application customization. Web3 developers have long been forced to choose between the expensive process of setting up their own chains or settling for costly and burdensome off-the-shelf infrastructure. Ultimately the disadvantages associated with both options create barriers for both developers and end users, which hinders Web3 adoption.

However, there is a third option. On-demand appchains — or application-specific blockchains — that are built with pay-as-you-go scalability offer the affordability of base layer protocols but with the flexibility of purpose-built chains. If these types of chains proliferate, previously idealized Web3 utility may lie just around the corner.

The dichotomy between the “fat protocol” and “fat application” theses is a prerequisite for understanding the advantages and disadvantages of base-layer protocols and purpose-built applications. The “fat protocol” thesis posits that most of the value in Web3 will be captured at the protocol layer. At the moment, this is broadly true, as most activity and transactions — as well as monetary value — in the blockchain ecosystem are captured on base layers, such as Solana and Ethereum. Proponents of this thesis argue that storing user data across an open and decentralized network — rather than allowing individual applications to control access to disparate silos of information — inherently lowers the barriers to entry for new entrants and fosters a more vibrant and competitive ecosystem of products and services on top of a protocol.

Nevertheless, “fat protocols” have their drawbacks. Most layer-1s struggle to effectively manage network congestion. To alleviate this congestion, these protocols levy “gas fees” on users in the same way that tolls and traffic lights can be leveraged to reduce traffic. Applications operating atop the base layer will then pass these fees off to their end users.

The alternative to operating on a “fat protocol” is for developers to establish their own purpose-built blockchains. Some noted Web3 applications have already adopted this approach. For example, dYdX, one of the largest decentralized exchanges, recently announced their intention to build a chain of their own. These chains present value for both the developer and the end user. The developers are able to build an application in accordance with their own preferences while ensuring  interoperability across multiple base blockchain networks. Additionally, they are able to receive 100% of protocol fees, rather than having to share revenue with a larger protocol. From the customer’s perspective, the application’s custom-built consensus mechanisms can be adapted to enable higher throughput and lower gas fees.

Tools for the little guy

If the ethos underpinning the crypto-movement is the adoption and growth of decentralized and democratized systems, then burdening new entrants with often insurmountable barriers to entry is antithetical to the movement’s founding principles. The benefits of application-specific chains should be available to developers ranging from fledgling start-ups to crypto-curious college students building the next great GameFi application in their dorm rooms.

Accessibility considerations are more than just idealistic — they are a critical element for the blockchain industry to flourish. The future of Web3 is dependent on the development of applications with real-world utility as well as such applications’ affordability and accessibility for end users. Lowering barriers to entry for developers will translate to reduced costs for consumers and further incentivize new talent into the blockchain space. Ultimately, this could usher in a renaissance of innovative application development, ranging from new functional NFT platforms to decentralized social networks.

These practical advantages and unrealized uplifting potential are reliant on the blockchain community building infrastructure that prioritizes accessibility. Developer tools must offer on-demand structure, where developers can customize their security and computing requirements — and aim to minimize them for the early stage entrants — and rapidly scale as their applications require.

The Web3 future will be defined by blockchains driven by developer requirements, not the other way around. Application-specific chains are the future of Web3, but only if we can make them work for everyone. 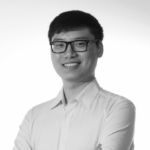 Dr. Yaoqi Jia is the Singapore-based founder and CEO of AltLayer, an execution and scaling layer for all blockchains. He previously was director of Parity Asia and the cofounder and CTO of Zilliqa. Yaoqi was also a research fellow on blockchain security, distributed system security and web security and privacy, and his research work has been published in security and privacy conferences including CCS, USENIX Security, PETS, RAID and ESORICS. He holds a Ph.D. in computer science from the National University of Singapore.

Is crypto in a deep funk? Think again