What are ecosystem DAOs and why will they be important to Web3?

Decentralized autonomous organizations are spinning off new ways to bring communities together. Will ecosystem DAOs be the wave of the future?

The rise of decentralized autonomous organizations (DAOs) brings new insights into alternative ways we can organize communities in Web 3.0. DAOs form for varying reasons, but the underlying ideology remains the same, it is about communal ownership.

“Ecosystem DAOs” are one of the iterations of what’s possible with DAOs, being unique in that they are built from a project rather than brought together by a singular or short-term goal.

In an ecosystem DAO, the aim is to move the entire ecosystem towards becoming self-sustaining and self-servicing. In many ways, ecosystem DAOs are an extension of the organization to increase their efforts tenfold by aligning the community through incentives.

Put simply, a DAO is an online collective that enables distributed stakeholders to achieve a certain goal or meet a condition (of any kind), by coordinating through an agreed upon set of rules. These rules are coded into smart contracts and enforced on a blockchain.

Leveraging this community power means more innovation can take place than in traditional structures as idea generation is open to many rather than a few.

Removing middlemen aims to streamline the process of achieving whatever it is the DAO seeks to do, whether that be pooling capital or sourcing creative talent. As such, DAOs are a great  way to enable an efficient and fast way for anyone to start contributing to an organization’s mission.

What is an ‘ecosystem DAO’?

Ecosystem DAOs are unique because they can align multiple parties to a common goal — community, project partners, community of these projects, casual enthusiasts and others. They bring together all those within a specific project ecosystem. For example, Polygon notes that lending markets and decentralized exchanges are the bedrock of DeFi ecosystems. Including these in decision-making processes enables them to make use of their DeFi legos and thereby build new types of DeFi primitives on Polygon. By comparison, Biconomy’s DAO involves all those helping to bring more Web 3.0 adoption — including Web 3.0 builders, Web 3.0 users, hackathons, projects of all sizes, freelancers, community members and educators.

Harnessing different ideas and propositions can advance the overall goals of the organization, project or ecosystem. In a traditional organization this could involve customers, suppliers, front-line workers in the decision-making. Currently, these groups have limited voice in the corporate world but in an ecosystem DAO, all positions are considered.

While DAOs are revolutionary and have many advantages over traditional governance models, there are still quirks to overcome when considering how DAOs operate. One of these relates to scalability. As DAOs scale, it can be hard for communities to make decisions as quickly as a senior leadership team could in a traditional company structure. This can slow the pace of development, which is the opposite of what DAOs set out to do.

Security can be another point of contention for DAOs as they require significant technical expertise to implement. BadgerDAO is an example where its user interface was used to exploit US$120 million from the project. Additionally, if there are issues with an ecosystem DAO’s coding and changes are reliant on a voting system, this could take a long time, leaving the system open to manipulation.

Another important topic that is frequently discussed is that decentralization is a difficult process to achieve without some level of initial structure or group of gatekeepers. When it comes to most startups, there are a few key decision-makers that drive the startup towards meeting business objectives. While DAO community members should be entitled to governance powers, gatekeeping measures may be required to uphold core values and development, particularly in the initial phase.

Ecosystem DAOs have the capacity to make a big difference in the Web 3.0 world, despite facing some of the same challenges as other types of DAOs. However, their exact build and structure is being determined by each group undertaking the task and project.

For example, some allows stakeholders to submit proposals that can then be reviewed and decided on by a vote. This is bolstered by support from the project for these initiatives, but it removes control or dependency through the DAO system.

Ecosystem DAOs will be instrumental in onboarding Web 3.0 users

Where ecosystem DAOs thrive is onboarding. While DAOs that aren’t linked to specific identifiable projects, like a social DAO, may be popular it may also concern people not to have something significant to attach its value to.

Taken at face value, DAOs provide a space for people wanting to learn and participate in Web 3.0. An ecosystem DAO takes this to a new level as it can leverage the interest in the project and ecosystem it relates to, thereby syncing those wanting to enter Web 3.0 (possibly through what the ecosystem offers) to their own participation in the project’s community.

A key differentiator with ecosystem DAOs is that they take a macro vantage point, allocating decision-making power and resources to the developers and community members. This solid foundation for the DAO creates a bridge between the autonomous Web 3.0 groups we imagine to form of their own accord, and the assistance offered by an already formed group which can further educate and encourage. For example, ecosystem DAOs often offer incentives beyond the abstract idea of ownership. These can include grants, bounties and governance votes on a specific product.

Ecosystem DAOs mark a transition from legacy Web 2.0 social networking services, for example, which frequently prioritize capital gains and drive monopolistic agendas. Ecosystem DAOs decentralize power to developers and stakeholders, with the shared goal of creating a healthy and dynamic ecosystem from which the community (and the ecosystem) can benefit. 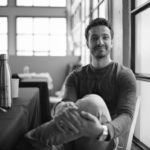 Ahmed Al-Balaghi is the CEO and co-founder of Biconomy, a Web 3.0 multi-chain relayer network. He also co-hosts the Encrypted podcast, one of the most popular blockchain and crypto-focused podcasts in the Middle East and North Africa. Ahmed previously worked for Viewfin, a Chinese blockchain research and development company. He graduated with a first-class degree in economics and mathematics from Queen Mary University of London.

‘It raises really interesting questions’: How regulators are approaching DAOs