How to make sense of the hot new digital assets, like Bored Apes? Think: Lego blocks

With the first U.S. Bitcoin futures ETF finally arriving this week, Bitcoin and exchange-traded funds are occupying all the crypto news headlines. The analogy of Bitcoin as “digital gold” has made it easy for people in the conventional asset management world to comprehend Bitcoin’s value. However, cryptocurrency assets are quickly evolving beyond being the digital substitute of conventional asset classes. The next-generation assets at the frontier of the crypto revolution right now are those that don’t have any fitting analogies in conventional assets.

Coinbase, the Nasdaq-listed crypto exchange, announced its plan to launch an NFT marketplace on Oct. 12 and opened a waitlist for potential users to sign up — and several days later, over 1 million people signed up. In the conventional asset world, the equivalent would be the New York Stock Exchange collaborating with MoMA to list modern art masterpieces and make them accessible to millions of individual investors. Boundaries just do not matter that much in the crypto world.

There is deeper convergence going on beyond hybrid marketplaces. Fungible tokens work as value units that facilitate all kinds of financial activities from payment, trade, lending and borrowing to crypto-native practices like staking and liquidity mining. NFTs, on the other hand, work as cultural representation of identity status, personal passion and community membership. When people change their Twitter profile pictures to NFT avatars like CryptoPunks or Bored Apes, they are making a statement about what they are passionate about and which community they identify with. What happens when the financial force and the cultural force are combined? What if next-generation assets appeal to people with both economic and emotional gains?

Bored Ape Yacht Club, one of the most successful NFT avatar projects, revealed a plan to launch its own fungible token through its Twitter account on Oct. 9. Bore Ape Yacht Club (BAYC), a collection of 10,000 generative comic apes, came out of nowhere on April 30 this year. The debut price of each ape was only 0.8 ETH (about US$3,000), but now the cheapest Bored Ape on OpenSea costs over 35 ETH (about US$132,600), while the all-time sales of these Bored Apes surpassed US$600 million.

BAYC did not have the milestone status of earlier NFT projects like CryptoPunks — its seemingly magical success was achieved through a relentless community-empowering strategy. It built an active and fun Discord community, and it started an “apes follow apes” movement on Twitter so you can immediately gain thousands of followers if you change your Twitter profile photo to a Bored Ape. It also gives full commercial rights to ape owners, so ape owners are creating brands, merchandise and media content based on their apes, which fellow ape owners are always happy to support.

When talking about the future token on Twitter, Bored Ape Yacht Club re-emphasized its commitment to the current community: “Not to mention thoughtfully craft dope utility and governance, benefit our club members, and bring the BAYC ecosystem to a much wider audience.” The “ape token” will probably embody rights for governance and profit-sharing like typical crypto tokens. A portion of it will surely be airdropped to ape owners as a reward. Also, this token will indeed invite a much larger audience into the BAYC ecosystem, since the current economic barrier to become an ape owner is forbiddingly high. BAYC has a vision to grow into a cross-media culture enterprise, with plans to expand into films, TV and games. The “ape token” will be a way to financialize that promising future of a culture enterprise.

Meanwhile, Shiba Inu Coin (SHIB), one of the most controversial meme currencies, recently launched its own NFT collection: Shiboshis. SHIB started as a copycat of another meme currency, Dogecoin, in October 2020. Many considered SHIB nothing more than a mildly funny meme, but we have been reminded again and again that the power of memes should never be under-estimated in the digital economy. SHIB managed to keep growing its fan base and it has a respectable market cap of over US$10 billion as of today. The total supply of SHIB tokens is 1 quadrillion, which makes the 10,000 Shiboshis in the NFT collection look “rare.”

Shiba Inu Coin’s NFT collection adds a layer of digital scarcity on top of SHIB’s low barrier to entry. The 10,000 Shiboshis sold out in 35 minutes when they were released on Oct. 14. Many SHIB fans are proud of being part of the surreal success story of the Shiba Inu Coin, and now they can have something unique to display that pride. More importantly, the expansion into NFT just gave SHIB fans more reasons to believe in its ambitious roadmap, which includes a decentralized exchange and even a blockchain of its own.

The convergence between the fungible and the non-fungible tokens is still at an early stage, and what Bored Apes Yacht Club and Shiba Inu Coin projects exemplify are just early signs of hybrid assets. I do not think we will be able to find helpful analogies within the vocabulary of conventional assets to fully capture what is emerging. My favorite analogous concept in the cryptocurrency literature is “Lego,” which highlights the composability of blockchain programs. On-chain finance protocols are often called money Lego, as they can build upon each other and form an ever-iterating financial infrastructure.

What we are seeing is a new evolution in which the money Lego and the culture Lego underpinned by NFTs are joining forces — giving rise to a new generation of assets that can make people feel “rich” in terms of status, belonging and money all at the same time.

It will also make the world of asset management more complex than ever. Asset management is no longer just a game of numbers, risks and returns, but also a game of memes, communities and cultural movements. 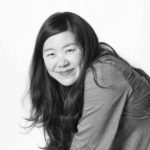