Establishing standards will be key to the metaverse’s future success

Virtual worlds currently exist in silos, and there is no easy way to communicate between ecosystems — which limits their value, writes Witek Radomski of Enjin.

Common programming standards are nothing new in the digital world — the internet, after all, is largely built on such standards. The development of one of its most influential, the HyperText Transfer Protocol (HTTP), began with Tim Berners-Lee at CERN in 1989 and was engineered for simplicity in data exchange. This design was deliberate, lowering the barrier of adoption for Berner’s other novel creation: the World Wide Web. One could say his strategy proved somewhat successful.

HTTP evolved through multiple iterations before arriving at its first standardized version in 1997, HTTP/1.1. This standardized bedrock was key to the expansion of cyberspace and critical to interacting with each other in the ways we take for granted. Interoperability on the web has enabled the unfettered flow of information across borders, devices and infrastructure.

The evolution of the World Wide Web offers important lessons for the development of a decentralized metaverse and how the development of token standards can promote long-term adoption and success. As the industry matures, it looks increasingly likely that multiple blockchains, rather than any one blockchain, becomes the industry status quo. Token standards that prioritize interoperability between these different blockchains and metaverse platforms will be key to long-term success, but what exactly should these standards entail, and how can we foster common agreement among communities in such a diverse industry?

Standardization comes in many forms. Standardization can be physical, like the USB-C mandate in the European Union, or abstract, as in the case of the internet. Standards bear particular importance for blockchains as they enable effective communication between protocols.

Blockchain protocols are now beginning to resemble nation states, with larger chains like Ethereum having their own population, economies and token standards, such as ERC-20, ERC-721 and ERC-1155. These can be effective and carry out their intended functions when using the Ethereum blockchain. However, it’s very difficult to transfer assets between one blockchain and another, much like cities without highways in between them.

The decentralized internet can be currently understood as a set of separate states, rather than one unified territory. For example, Decentraland is a different virtual territory from The Sandbox, and there is no straightforward means of communicating between the two different ecosystems, not to mention a host of other decentralized metaverse platforms. Yet without a common framework to enable the transfer of value between these different metaverse ecosystems, their potential is siloed and fundamentally limited.

A non-fungible token (NFT) implies provenance of ownership, but without a proper method to track its journey between chains, there is really no way of knowing if someone has interfered with your token. Metadata standards apply in this instance, governing this gray area in between chains and providing builders with guardrails within which creativity can roam.

Take for example HTML, CSS and XML all allowing developers to build unique websites on top of HTTP. This means that although a web page may be written in the spoken language of one digital territory, so to speak, it shares the same foundational DNA as all other pages. Metadata on HTML specifically allows users to define characteristics of the data set like the author or keywords.

An inter-chain (metadata) standard would ensure that the ownership economy of NFTs adheres to universal principles of transparency, flexibility and individual freedom. The metadata would remove the need for trust as it would denote regulatory approval, encoding intellectual property, privacy laws and other key properties.

Call me a technocrat

The ethos of Web 3.0 — creating a more democratic, fairer and user-owned version of our internet — comes with its own challenges in setting common token standards. For one, it requires that the design of standards for Web3 be community-led.

Organizations like The Web3 Foundation are pioneering such an approach. The Web3 Foundation now counts more than 450 different members, including non-profit organizations, universities, governmental entities and a growing host of individuals. It is the bottom-up counterpart of the World Wide Web Consortium (W3C), which develops specifications and guidelines for interoperable Web2 technologies.

Significantly, properly formulated Web3 standards of interoperability can complement domain-specific languages (DSL) to enable the portability of utility across chains and ecosystems. This is particularly relevant for Soulbound NFTs or even platforms like Proof of Attendance Protocol, which reward users with a unique digital asset that indicates the completion of an in-game milestone or attendance at a virtual event. Embedding metadata into these types of assets and pairing them with decentralized identifiers (DIDs) will be key to the success of an interoperable decentralized metaverse, increasing synergy between different blockchains and their communities.

For example, Ethereum Name Service (ENS) names can be utilized as DIDs, presenting a great example of a privacy-forward, trustless identity network. ENS domains operate on the EIP-721 standard, meaning that “.eth” records move similarly to NFTs, and could provide a secure foundation and ample data sovereignty necessary for the construction of a “smart city.” However, without an interoperable token standard, such a “Smart City” could only operate on Ethereum and would not be able to transact with a city constructed on Polkadot.

This is only the beginning of what token standards could achieve in the metaverse. Another important benefit lies in incorporating Multipurpose Internet Mail Extension (MIME) standards. By inserting MIME information inside the metadata for audio files, or 3D models on-chain, we could facilitate the exchange of items that define an in-game character, like sound effects or digital apparel across different gaming and metaverse ecosystems.

Working together for the future

Until an interoperable token standard is developed, the transfer of metadata across different blockchain, metaverse platforms and gaming ecosystems will be fundamentally limited. The Web3 industry has a diverse and deep pool of talent that can work together to make the development of such a standard a success.

As demonstrated by the development of other technologies such as the internet, interoperability standards are crucial to integrity and adoption. In an industry where community and collaboration are key, working together to develop such standards will be indispensable to progression. 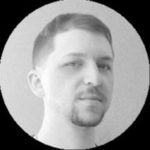 Witek Radomski is Vancouver-based chief technology officer and cofounder of Enjin, a blockchain company building products that facilitate the use of NFTs. Witek is also the author of the ERC-1155 token standard, which enables the configuration of both fungible tokens and NFTs in a single smart contract.

South Korea’s industrial city to reinvent itself in the metaverse

Women in India start to plug into cryptocurrency trading

The metaverse is already here. What’s holding back the party?