Should Tether’s shrinking cash reserves be cause for investor worry?

USDT, the world’s largest stablecoin, is now backed by much smaller cash reserves than before. XREX analyzes the risks.

This should have eased concerns over Tether’s position as the single arbiter of the world’s largest stablecoin in market cap. Instead, it was met with mixed reviews, with some questioning the report’s authenticity and others taking issue with the change in its reserve assets allocation.

XREX has looked at Tether’s reserve assets allocation and compared it with what we think forms draft guidance from the U.S. regulatory authorities. (Please note that we are unable to verify and comment on the authenticity of the audit independently, so we will make our case based on the information disclosed by Tether.)  We believe that compared to before, Tether’s current assets allocation is closer to what regulators are looking for with stablecoin issuers. We would also argue that despite its reduction in cash, Tether’s collaterals have improved over the previous two quarters.

From cash to funds and T-bills

At the end of 2021, Tether reported its consolidated total assets amount to at least approximately US$78.68 billion, while its consolidated total liabilities amount to about US$78.54 billion, of which about US$78.48 billion relates to digital token issuance. This means that what Tether has in assets now outweighs the USDT tokens it has issued. But how different is the asset allocation now, and how’s the asset quality?

This move might have been viewed as Tether reducing its “cash in the bank,” thus subjecting itself to greater risk now that the USDT is backed by a lesser “bank deposit.” Some in the crypto community feel more comfortable with stablecoin issuers having 1:1 USD deposits at commercial banks, and this move wasn’t received well.

However, Tether’s collaterals have increased its share of Treasury bills and lessened its exposure to commercial papers, which depend on the creditworthiness of private corporations. By increasing its share of high-quality liquid assets, Tether is strengthening its liquidity under stress and moving toward a more resilient stablecoin.

In November 2021, the President’s Working Group on Financial Markets (PWG) issued a report on stablecoins that highlighted regulatory gaps and listed recommendations to address those gaps. The working group was led by Dr. Nellie Liang, the U.S. undersecretary of the Treasury for Domestic Finance and a seasoned economist who spent nearly 30 years at the Federal Reserve before her current appointment. Her in-depth knowledge of the financial system and her understanding of the stablecoin market make it essential for the crypto community to read how economists and regulators alike may evaluate the stablecoin market.

The PWG report highlighted three key risks in the current stablecoin ecosystem, namely: run risks, payment system risks, and concentration of economic power. These risks bring about concerns about liquidity and operational availability during a crisis. It also signifies the need to minimize the concentration of power and increase interoperability. Here, we look at two of the risks highlighted: run risk and liquidity.

In her testimony to the Senate Committee on Banking, Housing and Urban Affairs on Feb. 15, Dr. Liang said: “History has shown that, without adequate safeguards, bank deposits and other forms of private money have the potential to pose risks to consumers and the financial system.”

Dr. Liang cited the risk of a “stablecoin run,” where people lose confidence in times of stress or uncertainty and rush to withdraw or sell their stablecoin assets, setting off a wave that impacts the broader traditional finance system. We saw this during the 2008 liquidity crisis.

If a stablecoin run happens and holders sell USDT en masse, it will trigger crypto exchanges to massively redeem with Tether.

There is a paramount need for Tether to own high-quality assets to address two scenarios that will likely result in a run: one is during a global crisis when people rush to liquidate their assets as they prefer to have higher liquidity on hand to tide through, and two, when a run against Tether happens.

The PWG report implied that stablecoins should be backed one-for-one by “high quality liquid assets.” When asked during her testimony to compare the risk of a run between a fully-reserved stablecoin versus a fractional reserve bank, Dr. Liang said: “For example, a money market fund — fully reserved, 100%, high-quality assets — have very limited reserve run.” She also mentioned that fractional reserve banking can prevent runs if backed by deposit insurance, lender of last resort, or discount window facilities, and combined with regulation of the assets.

However, it is clear in this instance that in Dr. Liang’s view, the larger the component of higher-quality assets, the lower the risk of a run. In contrast, fractional reserve banking and the inherent leverage therein means that commercial banks can experience run risk under stressful conditions leading to uncertainty regarding the availability of cash held as bank deposits.

The 2007-2008 financial crisis demonstrated the vulnerabilities of the traditional banking system, including the perceived safety of commercial bank deposits. The world started reeling from the subprime mortgage crisis in 2007. In the following year, investment bank Bear Stearns faced liquidity issues due to their overexposure to mortgage securities and required a Fed bailout. Like Bear Stearns, Lehman Brothers was highly exposed to mortgage-backed securities and suffered the largest bankruptcy in history. The firm’s overleveraged exposure had thrown them into a downward spiral against a deteriorating financial environment.

It was under this backdrop of financial system stress that Satoshi Nakamoto published the historic Bitcoin white paper on Oct. 31, 2008.

The message “The Times 03/Jan/2009 Chancellor on the brink of second bailout for banks” was enshrined on Bitcoin’s genesis block. This was Satoshi’s message to all of us, a warning about the vulnerability and precariousness of the traditional banking system.

It is increasingly clear that Tether now needs to be extremely careful and nimble with its reserve allocation, depending on today’s economic conditions. Evaluating Tether’s reserve allocation will have to incorporate short- and long-term economic outlook, to ensure that any stablecoin issuer can fulfill its token liabilities in any market condition.

Because of the reasons listed above, if Tether continues on this path, it will reduce its risks in times of stressed market conditions and continue to be a stable anchor to crypto markets, especially to the numerous DeFi projects that are built upon USDT.

We are at the cusp of seeing more explicit legislation that will set parameters for stablecoin issuers. In his opening statement at a Senate Committee hearing, ranking member Pat Toomey commented on the PWG report saying, “Rather than rely on the ‘flexibility’ of the existing framework for depository institutions, which leaves full discretion to bank regulators, it is the responsibility of Congress to design this approach.”

It is clear from the hearings that U.S. lawmakers are interested in seeing multiple USD-pegged stablecoins succeed, as that will further strengthen the USD as the dominant global reserve currency. With that goal in mind, it is only a matter of time before we see more regulatory frameworks being rolled out to foster and accelerate the growth of stablecoin adoption.

Stablecoins will play a crucial role in cross-border payments, international clearance and settlements in the near future, and we will continue to monitor their developments closely, toward a future where cryptocurrency operators and financial institutions work hand-in-hand to deliver greater financial inclusion to all.

Wayne Huang is the CEO of XREX Inc., a fintech company. Wayne is a cybersecurity expert instrumental in developing blockchain-based solutions currently used in several emerging markets. Prior to founding XREX, Wayne founded Amorize Technologies, a developer of cloud-based (SaaS) anti-malware products, which was later acquired by Proofpoint (NASDAQ: PFPT). He has a Ph.D. in electrical engineering from National Taiwan University. 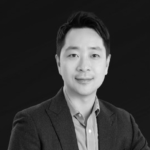