In a move to balance a growing crypto industry with potential risks associated with digital assets, the Philippine central bank is putting a three-year hold on new virtual asset service provider (VASP) licenses.

In a memorandum, the BSP said its “modified approach” aims to strike a balance between promoting innovation in the financial sector and ensuring that possible risks remain within manageable levels.

According to June 30 data from BSP, there are currently 19 institutions with VASP licenses in the Philippines — five are still not operational, while one has stopped operations in January.

“[It] strategically shifts the focus to assessing the existing Bangko Sentral-registered VASPs’ overall performance and risk management systems, their impact on financial services and financial inclusion agenda, and their contribution towards the achievement of the Digital Payments Transformation Roadmap (DPTR) objectives,” Medalla added.

During the past months, the crypto market experienced a dramatic slide, with participants citing the so-called “crypto winter” as a reason for prices to fall.

Meanwhile, applications received by the BSP from non-BSFIs that have completed stage 2 of the licensing process on or before Aug. 31 will be processed and assessed for completeness and sufficiency of documentation or information based on stage 3 requirements. Applications with incomplete requirements by the end of the month will be returned and considered closed.

Medalla, however, pledged that the central bank will continue to intensify its surveillance of the developments in the digital space.

“The Bangko Sentral remains supportive and proactive in responding to the developments in the digital financial ecosystem,” he said. 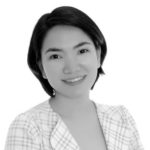 Why local language education holds the key to crypto’s future

Is the Philippines on track to becoming a blockchain hub?