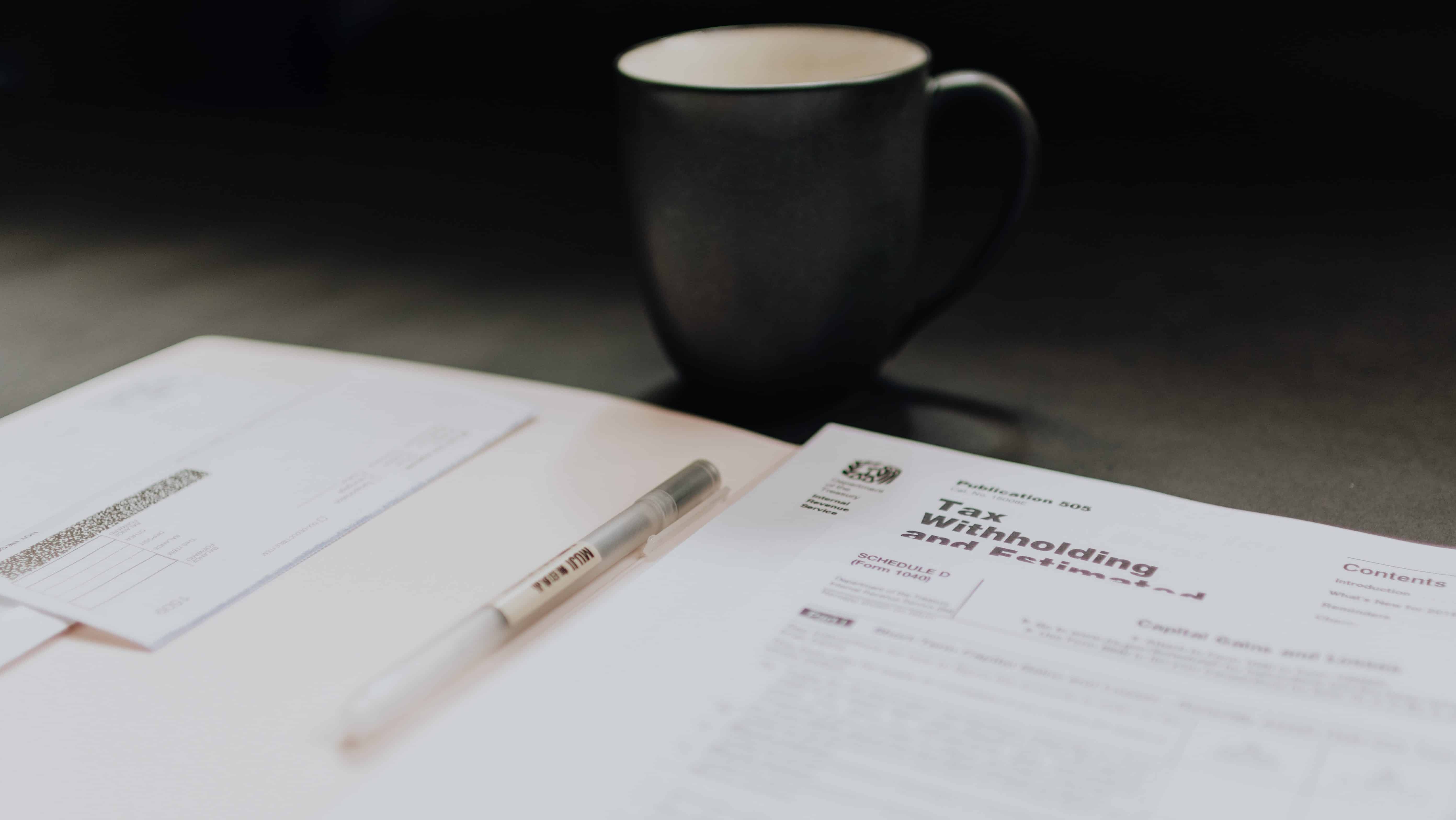 The world of insider trading as relates to cryptocurrency — what are the rules that govern trading crypto, in the eyes of the SEC, CFTC, and the like? Forkast.News Editor-in-Chief, Angie Lau sits down with attorney and partner, Jason Gottlieb, at NY-based Morrison Cohen law firm to discover the in’s and out’s of trading.

Listen to the podcast

Angie Lau: Welcome to Word on the Block, the series that takes a deeper dive into the topics we cover right here on Forkast.News. I’m Editor-in-Chief Angie Lau, and today, we take a look at the law and you.

As interest amongst retail investors, the average investor, once again, taking a look at the price of Bitcoin rising above $10,000 and Facebook talking about launching its own crypto-like currency called Libra, more and more people are joining. But do you know the rules, their rules?

Well, joining me right now is Jason Gottlieb, Attorney and Partner at Morrison Cohen, a New York-based international law firm that specializes in everything from international arbitration to M&A, and yes, even regulatory enforcement related to cryptocurrency, which is what Jason specializes in. His latest piece on Forkast is an eye-opener if you’re new to crypto. And even if you’re not, there are some things you should know about SEC regulations because they can pertain to pretty much everyone, whether you’re based in the U.S., or not.

Jason, welcome. I guess the classical line that ignorance is no defense in the eyes of the law, we know this, and yet — what is the law and what are people doing wrong that you’re seeing happening in this space?

See Related Article: The SEC as World Police: What the World Should Know About the SEC’s Jurisdiction

Jason Gottlieb: Thank you for having me on. It’s absolutely true that ignorance of law is no defense in this area, and if you are insider training in any securities or commodities that touch the United States, then some United States regulator – the SEC, the Securities Exchange Commission, or the CFTC, the Commodity Futures Trading Commission – will have authority over your trading.

So if you are doing insider trading in securities, commodities, or cryptocurrency that is treated as a security or commodity, then you’re going to be in some regulatory trouble. The SEC, and the CFTC regulate the securities industry and the commodity futures industry respectively, and everyone around the world should know that if there is any kind of security or commodity future that touches the United States, these regulators are going to have jurisdiction. So if you are insider trading in cryptocurrency, and the SEC decides at that particular cryptocurrency is a security, then the SEC can come after you for insider trading.

Angie Lau: So even if you’re not in the US, you’re trading outside the US, you have nothing to do with the US, this still applies?

Angie Lau: Got it. So insider trading, as we all know, is a huge no-no; it’s bad faith, it’s bad actor, it’s not fair to the market. But let’s start with what that is defined as – insider trading.

Jason Gottlieb: Well, in the United States, surprisingly enough, there is no set black and white statute expressly telling us what insider trading is. Some things clearly violate the law, some things clearly don’t, and some depend on the facts.

Generally, there are three ways to be found liable for insider trading in the United States. First is what we call classic liability. You know, material, non-public information about a company that you work for, and you trade on that information. So, if I am a director at a company that’s publicly traded and I find out that the next day, they’re going to announce wonderful, terrific earnings, and I go out and trade on that information in advance – I buy some more shares of my company because I know it’s going to go up, that’s classic liability.

Second, you’ve got tipper liability, where you’re a company insider or you have a duty to keep certain material non-public information confidential, but you communicate that information to a person when it’s reasonably likely that they’re going to trade on the information. You know that your company is about to announce great earnings tomorrow, so you call your brother and you say, “we’re going to announce great earnings tomorrow, so you better go out and buy some stock today” – that’s tipper liability.

Third, if you learn material, non-public information about a company from a source that has a duty to keep that info confidential and you know that they have that duty but you trade on it anyway, that’s called tippee liability: you’re the person who got the tip. So in the previous example, you’re the brother, you get that hot tip, you go out and trade… you’re gonna be in trouble for tippee liability.

Now, interestingly, in the United States, trading on material, non-public information is not always a violation of securities laws. If you’re in an airport, and you overhear some stranger talking about an impending transaction between two companies, if they don’t know that you’re listening to them, you can go out and trade on that transaction. You have no duty to keep that information confidential.

However, if you have some reason to know that person is violating his duty of confidentiality, then it’s probably best not to trade on that information.

Angie Lau: Well, that is heady stuff, because when it comes to crypto currency, there’s a lot of stuff that floats around in chatrooms, and threads, and dark, dark web – less dark web – and sometimes right out in the open in these groups, and suddenly you get that hot tip. What is your responsibility as the individual investor? When you do get interested in something that you feel you’ve learned about that is unique, can you trade on that?

Jason Gottlieb: Well, you better be really careful, because if the information you’re getting is unique and it’s coming from some sort of corporate insider who has a duty to keep that information confidential, that you can’t trade on it without violating insider trading laws. So you talked about these chatrooms on the dark web, and the not-so-dark web, and we see this all the time in the crypto world, people talking about which coins they’re going to invest in, which coins are going to the Moon, which coins are… am I allowed to use the term shitcoins on this broadcast? Well, we’ll say altcoins.

But if one of the people in that chat room is involved with that coin and is trying to pump the coin by manipulating prices, or is tipping his or her friends about some new thing that’s going to come out about the company? Well, that gets dangerous. And if you’re in a chat room and you don’t know who you’re chatting with, it can be quite dangerous because you don’t know where this information is coming from.

Angie Lau: And it’s really your responsibility, even if you have no idea who that person is, you’re still liable?

Jason Gottlieb: Well, as a theoretical matter, if you have no idea the person who is tipping you is doing so while they’re violating any kind of duty, and if that person is not receiving anything of benefit in return – which is another factor that the Supreme Court says is important in certain kinds of tipper-tippee  liability cases – in that case, you’re probably not doing something illegal.

Angie Lau: And that is a great piece of advice right there. Even if you could ultimately be found innocent or cleared of the charges, that long legal process that it takes to clear your name, essentially, to get out of the unwanted regulatory attention, it’s just smart to steer clear.

So the basic principles you’ve outlined is the hot tip, the tippee, the tipper, know who you’re talking to, know who is giving you that information and be wary of it… Let’s say you’re not an individual doing one-on-one trades. Let’s say you’re part of a group. We’ve heard of cabals where a group of individuals buy and sell in unison; are regulators watching? What are the best practices there, and should you be careful?

Jason Gottlieb: The regulators are absolutely watching those cabals, and they have people monitoring the chatrooms to the extent it’s possible for them to do so.

You should avoid any kind of calls who are buying or selling in unison in order to move market prices for coins. Now, this may or may not be insider information – there could be nobody in that cabal who has any particular duty to keep any information confidential or is an insider to the company whose coin you’re trading.

That being said, even if it’s not insider trading, it could very easily be market manipulation, and that’s something that obviously regulators are going to frown on.

Angie Lau: So at the end of the day, you’ve got a very new industry called cryptocurrency, and then you also have rules that are very clear if you are a publicly traded company. But that’s the thing about these cryptocurrencies and these blockchain protocols and platforms: they’re not necessarily public yet. Or are they?

Jason Gottlieb: Well, that’s a very interesting question. The SEC has taken the view that most of the initial coin offerings and initial exchange offerings are essentially securities offerings. So if these coins are being traded on an exchange, the SEC’s default position is going to be to say that these are publicly traded securities. Just because it’s not Apple, or Yahoo, it’s not traded on the London Stock Exchange, or the New York Stock Exchange, or on NASDAQ, doesn’t mean that it’s not traded on an exchange. Even if it weren’t traded on an exchange, even trading in private companies, if you’re doing so on the basis of material non-public information, can be a violation of securities laws. So I don’t think that the public-private distinction is going to mean very much, particularly in a field where, almost by definition, the blockchains are going to be available for anyone to purchase. It doesn’t have to be on an exchange for people to purchase directly. And if it is placed on an exchange, that’s all the more reason for the regulators to be watchful.

Angie Lau: So in the end, it just feels like common sense, right? I mean, just act in good faith, is that right?

Jason Gottlieb: Well, I think 90% of the law is just act in good faith and use your head, and you’ll be fine. And the other 10% of the folks out there are what keep me employed.

Angie Lau: Well Jason, thank you for sharing your advice with everyone. It’s good advice: legal, or you know what, just what your mama taught you. Sounds like good advice to me. Thank you so much, Jason, and thank you, everyone, for joining us on this episode of Word on the Block. I’m Forkast.News Editor-in-Chief Angie Lau. Until the next time.

How Swiss banks seek to link traditional finance to blockchain