How Web3 can make travel less stressful for future holidays

The travel sector has many pain points and is ripe for disruption, writes Freddie Hickman of Hyper SQ. Here’s what blockchain can do, from tracking baggage to letting you resell your no-longer-wanted air ticket.

Travel is big business. It contributed nearly US$6 trillion to the global GDP in 2021. And though the Covid-19 pandemic caused an unprecedented shock impact, travel is now very much back, especially this December holiday season. The “travel bounce back” is in full flow despite escalating costs and logistical issues as demand exceeds supply. We humans just can’t get enough of moving around.

Travel is also a highly complex industry that relies on an intricate network of information exchange (e.g. customer data, inventory management, and so on) combined with the logistics of physical moving parts. A real fusion of bits and atoms.

From the early era of commercial aviation to the birth of online ticketing in the 1990s, the travel industry has flourished considerably over the past decade, with continued technical progress and cycles of innovation having re-occurred time after time again.

Though much of this innovation was incremental, some moments saw radical leaps forward in our travel evolution. Back in 2014, Expedia momentarily accepted Bitcoin for hotel bookings but soon scrapped it, presumably due to the lack of commercial adoption and BTC’s extreme price volatility at the time. Though at the time considered niche and marginal, this nonetheless signalled the desire and hunger for technological advancement.

Despite technological progress, a myriad of issues still remain deeply wedded across the “travel stack.” Reliance on intermediaries, siloed data, lack of transparency and systemic inflexibility are all topics that keep resurfacing as travel industry pain points.

And though it is an industry that is interconnected and networked, it is also highly centralized. Few entities control the majority of the category. Expedia Group, Booking Holdings and AirBnB dominate the online booking market that is predicted to reach US$691 billion by 2026. Meanwhile, Amadeus, Sabre and TravelPort control the majority of inventory distribution. Ultimately, this means greater costs to both travellers and businesses as these largely unchallenged gatekeepers enjoy significant fees and information control.

Travel is an industry ripe for disruption, and one with many problems and attributes that could arguably be solved by Web3.

As a particularly ledger-heavy nature with different companies passing on information to one another, there are immediate blockchain use cases with clear potential. For instance, since customers’ luggage changes hands multiple times over the course of every journey, a decentralized open-sourced database could make tracking between companies and entities far easier. And consider identification services, a significant part of the travel industry information flow. A global blockchain standard could be used for storing this data to drastically improve issues such as check-in times, queues at airports, and even make us re-assess the concept of physical passports.

At its core, the opportunity of a decentralized and open-sourced ledger could ultimately reduce the reliance on existing travel-related intermediaries and incumbent strongholds that hold siloed data, decreasing costs that could eventually be passed on to the traveller.

But Web3 is also far more than just blockchains and ledgers. Things get really interesting when we think about the consumer-facing potential of Web3, particularly around the concept of decentralized ownership, identity and governance.

Imagine for a moment you are planning your next trip and looking for places to visit. This is a significant (and often high-stress) aspect of the traveller experience. You’re probably running a few Google searches and reading some reviews on TripAdvisor. How do you know those reviews were not fake? Have these people actually been there? Why are they even bothering to post a review? The issue of authenticity is prevalent as we attempt to distinguish between the genuine and inauthentic.

What if we could prove that each review or post was published by someone who was undeniably there, and at a time they said they were? A “proof of travel” that is immutable and one that could be linked to a composable identity that transcends multiple platforms and services. An identity with on-chain credentials that can build a lasting reputation to become an asset in itself.

What if we could ensure that all contributions were rewarded proportionally to the value they provide, rather than merely receiving some likes and upvotes for your submitted review? In Web2, virtually all financial value accrues to the platform. Meanwhile, the real value is created by the network participants, such as submitted reviews and high-quality content. In Web3, contributors could have skin in the game and benefit from the overall success of the platform, which would in turn increase the odds of high-quality and authentic contributions. A self-governing ecosystem could be created that is part-owned and governed by the community members directly, benefiting from the growth of the very network that they’re participating within.

Paraphrasing Web3 investor Chris Dixon of a16z Crypto: Imagine If Uber offered tokens to its drivers and riders of the ecosystem whereby the community is directly incentivized by the success of the network as a whole, rather than a select few (early investors, shareholders), as we currently see with the Web2 model. You can probably already see how this thinking could be applied to the several elements of travel.

Finally, now that you’ve booked your trip, what if you truly owned your flight tickets, which you could easily resell for extra flexibility? You would have full control over managing and disposing of your tickets and any other travel assets freely and seamlessly. Travel is one of the largest industries that doesn’t have a secondary market, which causes a typically inflexible travel experience. Instead, NFT tickets could be programmed to not only give you the benefit of the resale but to also enable the airline in this instance to collect some percentage of the upside as defined in the smart contract. A win-win scenario.

There are countless problems that can be solved by the potential of Web3. Though bear in mind that the few incumbents currently dominating the industry will likely feel little incentive to disrupt themselves. A more plausible scenario might consider smaller and nimble start-ups, highly motivated to challenge the status quo, to be the ones leading the charge in classic innovator’s dilemma fashion, before the incumbents take note.

We are potentially in the midst of a new radical phase of travel innovation. A new wave of opportunity to create a blockchain-based travel distribution and retailing infrastructure. Our assumptions will be challenged, and we’ll potentially be forced to rethink many areas of travel. The use cases might not seem obvious at first. In fact, the concept of the metaverse might seem deeply antithetical to travel as it challenges the value of physical over digital. We’ll likely see a bunch of false starts and hear plenty of noise until the true value of Web3 in travel becomes realized and strikingly obvious in hindsight. 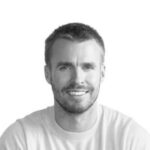 Freddie Hickman is the London-based CEO and cofounder of Hyper SQ, a Web3 app that rewards users for their real-world movement and exploration. He previously worked for Expedia Group, most recently as Head of Commercial. Prior to that, Freddie worked in global ecommerce for L’Oréal.