Is that bottle of ‘Grand Cru’ for real? An NFT can nose out the truth

The tradition-bound wine world is not always open to change, writes Sebastian Schier of vinID. But new technology can solve the age-old problem of wine fraud.

Counterfeit wine is estimated to be almost 20% of the wine sold globally, which means that one in five wine consumers are drinking falsely labeled or fake wine.

Over the last 10 years, the wine industry has seen a spike in counterfeit wine, costing the global industry US$3.18 billion in direct sales. However, the impact goes beyond financial damage; it affects jobs and livelihoods in an industry that is already precarious, depending on the delicacies of climate. In fact, wine fraud results in an estimated loss of 7,000 jobs across the alcohol and spirits industry every year.

Fake wine can also be harmful and dangerous for consumption by customers. The most common type of wine fraud is the switch-out of wine by liquids or substances that are usually not grapes. If the label says “wine,” it means that it is supposed to be made with fermented grape juice. What people in the counterfeit wine market do is use less expensive and lower quality substances and pass that off as wine. These substances are sometimes harmful toxins and chemicals, such as methanol.

Another way the counterfeit wine industry operates is purposely mislabeling a cheaper wine as a more expensive vintage, and selling it as a much more premium product than it actually is. This not only cheats buyers but also damages consumer trust in the long term.

Earlier this year we saw one of the biggest wine fraud scandals in recent history, in Bordeaux, France — a region that has been producing wine since Roman times. The Bordeaux fraud resulted in the police breaking up a highly organized gang that had been bottling up low-grade wines from Spain and selling them off as expensive French products. This event is not unique to Bordeaux. In 2010, 12 French counterfeit wine professionals were arrested and convicted for distributing millions of bottles of fake Pinot Noir to the United States.

The wine industry has been looking for ways to tackle these crimes for decades, but only over the last few years has there been a concerted effort to accelerate innovation in this area, which has developed in parallel with the increased adoption of non-fungible token technology.

New technology for an old world

NFT technology has had a complicated start in the wine world. Due to the wine industry’s long history, it is a universe of traditions, secrets and deep knowledge, and it is not always open to change. But over the last year, major brands have hooked onto the NFT hype to market wine to a younger and affluent audience.

Attention-grabbing collaborations from alcohol companies with names like the Bored Ape Yacht Club, which included free and unique NFT artworks with the purchase of a bottle, are just some of the new possibilities that have excited and intrigued. But beyond the NFT hype, wine producers are also starting to realize the potential of NFT and blockchain as a technology for wine authentication and traceability.

Using an NFC (near-field technology) tag, which is like the chip in your contactless bank card, a physical product can be easily connected to an NFT (non-fungible token), anchored in the blockchain, securing its unique identity description such as the owner, the date of production and the wine’s producer. This information cannot be replicated or corrupted. This “phygital” tag can be secured onto the neck of the wine so that as soon as it is opened it will be registered on the blockchain, meaning that if the bottle is refilled, it is easy to know.

This low-power consumption phygital technology could not just be used for fighting the counterfeit industry, but can also be used as a communications tool, enabling producers to connect with the consumer through an app, providing personalized and educational information about the wine by simply tapping on the bottle.

A toast to the future

The majority of counterfeiting in the wine world is for the high-end of the market. The more desirable and sought-after a product, the more likely customers will be duped into buying it at a lower price than the supposed market value.

Chateaux looking at NFT technology are generally “grand crus” and rare vintages. For the everyday wines that you see in the supermarket, QR codes and holographic labels have become widespread. Although these are easy to copy, their mass-market adoption illustrates an overall demand from every level of the market to enhance the packing of the wine, something that has not changed for decades, to add a means of authentication, validation of the brand and information beyond the written label.

NFT connections are also a way for consumers with any level of wine knowledge to learn about the origins, grapes and production as well as the people who made it, to expand their knowledge, enhance the tasting experience and spark conversation between friends. Vintners are using this technology as a way to tell the story behind each bottle, overcoming the snobbism associated with wine appreciation.

Wide adoption of a technology always starts at the top, so as more major wineries embrace NFT authentication, it inevitably will become more mainstream and accessible to emerging vintners and the secondary market as a way to ensure traceability of the bottle’s production and ownership.

As blockchain technology is introduced and takes hold in the industry, the less successful wine counterfeiters will be, reinstating the trust between consumers and producers. 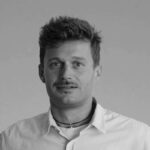 Sebastian Schier is the Zurich-based managing director of vinID, the application for fine wine by collectID, a company specializing in using blockchain, NFC and NFT technology for identifying unique products. He previously worked in capital markets and institutional sales for Deutche Bank.

Will the future metaverse amplify the good or the evils of the real world?