What are ‘naming collisions,’ and why will unique user-owned identities play a pivotal role in Web3’s future success? Matthew Gould explains.

The vision behind Web 3.0 is still widely misunderstood, especially as Web 2.0 remains such a significant presence in our everyday lives. Fundamentally, Web3 is about championing ownership and control of data, identity, assets and more — allowing people to take back what is rightfully theirs, and have transparency over how they interact with apps and services on the World Wide Web.

Right now, one of the most promising pursuits of this vision is taking place in the domain name sector. Modern websites use domain name endings like .com, .org, .co.uk and so on, and are owned and operated by network infrastructure companies that generate billions in revenue each year.

But a Web3 domain is entirely the property and responsibility of the person who purchases it.

Web3 domains go beyond being blockchain-based websites, acting as digital IDs with the ability to encompass a person’s cryptocurrency wallets, NFT collections, and the ability to send and receive encrypted emails. Web3 domains can even be used as a person’s one-click login when interacting with other websites.

Today, Web2 faces two major problems. One: people don’t have ownership of their online data as it is lapped up and resold by companies in the name of profit. And two: the internet remains plagued with fake accounts, bots, scammers and general fraud — all of which pose a very real-world threat to our lives, both on and away from our keyboards. But Web3 domains provide the infrastructure to solve these existential issues, putting users back in control, taking power from the Web2 monopolies, and ensuring that people’s data remains private and secure.

Giving people the power to own their data will drive equity, privacy and empowerment for billions, which is good for the world. However, if bad actors are able to create naming collisions — or duplicate versions of top-level domains (TLDs) like .crypto and .nft — then the future our industry has envisioned could be in danger.

Naming collisions occur when a domain platform offers a TLD that has already gained traction elsewhere from another provider. The risks are immeasurable. If crypto wallets and exchanges resolve more than one matt.crypto, people could accidentally send money to the wrong place, losing their money forever.

This crisis poses one of the biggest threats to the Web3 industry to date and, if exploited, could prove devastating to millions. A scammer could acquire a competing ENS name, like JohnnyBravo.eth, and use it to impersonate someone. A bad actor could replicate a company’s decentralized website, like BlueCompany.sol, and steal customers’ money or information. Collisions threaten everything that the Web3 industry has built.

Two colliding name systems cannot co-exist in the blockchain world, and the only logical reason to knowingly introduce a colliding top-level domain would be to deceive and take advantage of people.

A successful Web3 domain-naming system should be built not just fundamentally on technology but also on social convention. Naming systems can be legitimized through integrations with other applications and projects — such as wallets, dashboards, and browsers — giving people the security of knowing that the domain name provider is backed by other projects.

In Web3, self-regulation — built on agreed-upon social conventions — will be critical to preserving autonomy and innovation. If the Web3 community can’t find a path forward that keeps people safe, outside regulators will do it for us, severely slowing down innovation in the process.

The Web3 industry has opened up a world of possibilities for innovation and creativity, and already we are actualizing capabilities that a matter of years ago would have seemed impossible. But with the industry still very much in its infancy, those in Web3 must remain vigilant against the rare cases of platforms acting in poor faith and looking to exploit the system.

As Web3 early adopters, we have an obligation to protect our community and the future of the broader industry. A world where people own their identity is possible. Internet users have an opportunity to take back control of our data from big tech monopolies, but we can’t do that if the system for verified identity is being attacked by bad actors. We need to unite as a community to minimize the risks and continue to grow the industry to a place where everyone can see the promise of blockchain technology come to fruition. 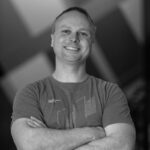 Matthew Gould is the Reno, Nevada-based CEO and cofounder of Unstoppable Domains, a Web3 domain name provider. Prior to Unstoppable Domains, Matthew founded multiple software companies in several industries. He holds a B.S. in finance from the Georgia Institute of Technology.

To unwrap Web3’s promises, we must break the barriers to blockchain adoption