How did Big Tech gain such power over our data, and how do we take it back?

Google earns hundreds of billions annually by monetizing its users. Can blockchain return meaningful control over personal data back to the people?

The relationship between society and the internet has become so intertwined that most of us cannot imagine life without it. We use it to navigate our roads, buy our groceries, stay in touch with friends, and now even work our full-time jobs. Despite the vast diversity of uses and our dependence on it, a small handful of companies collect a staggering share of the profits, and individual people are often left without agency.

Almost everyone plugged in online understands that companies such as Alphabet Inc., (Google), Meta (Facebook and Instagram) and Amazon dominate the online ecosystem, and benefit from the massive wealth created. But very few understand how exactly they do this or the consequences of these monopolies.

Breaking down the ways in which the vast power of the internet is monetized is key to understanding how these industry titans have risen to levels of success and domination that have not been seen since the age of robber barons in the late 19th and early 20th centuries. The answer can be found in the attribution of clicks, and in the ownership of data.

Attribution: It’s not the count, it’s who’s counting it

Attribution is the business of clicks: who generates them, where they are generated, what they result in, and most importantly, who gets credit. Say, for example, you see a post on Twitter — a company that despite its tremendous popularity, has a terrible record of monetizing its user base — and that post piques your interest in the subject of the post. Let’s say it’s a pair of glasses. The next day you go online to look up that pair of glasses to read some reviews and potentially buy them. After reading a couple of reviews you decide you want them, and then you spend your money on them. The question then arises, who gets credit for this revenue generated online?

Likely, you will be using Google to search for the glasses. Despite its status as a massive corporation that offers an extremely diverse array of products, Google has become a verb for “searching the internet.” After you “Google” the glasses that you saw the post or ad for and then spend money on that product, Google decides, because you’re on their search engine, that they should be attributed the revenue-generating clicks, not Twitter.

In essence, the ability to funnel all the revenue-generating clicks through its search engine is what has helped Google become a trillion-dollar company that reaps hundreds of billions of dollars in revenue every year. Compare that to a company like Twitter, another cultural icon, but one that is losing the attribution battle — its value is so low it could be bought by a single billionaire. That’s a massive discrepancy.

Data: who is in control, and why it matters

This monetization model is made possible by the constant tracking of your every movement online. Every step you take through the pixelated internet world, on every website and on every app, is tracked by the companies that own the servers you are surfing on.

This tracking of your movements, combined with the data that you are coerced into giving up in order to use sites such as Meta’s Facebook and Instagram, makes for an extremely valuable commodity that is owned solely by these monopolies, with little recourse to recover the value by those it truly belongs to.

The collection of your data is not always nefarious, but it certainly can be. The Cambridge Analytica scandal still rings loudly in the heads of engaged internet users. In 2014, contractors and employees of Cambridge Analytica acquired the private Facebook data of tens of millions of users, which they packaged and sold as psychological profiles of American voters to political campaigns, ultimately allowing localized targeting of specific messages for demographics that were often in conflict.

This is a brazen invasion of the privacy we should have online, but can no longer enjoy. Although generally the data collected from people is used for targeted ads to more efficiently monetize the otherwise “free” platforms we are reliant on, it does not change the fact that a terrifying overstep is taking place, or that the value you create every day online is being stolen from you.

Even more frightening is that because few mainstream alternatives currently exist, people have generally accepted this as a consequence of internet use.

But it does not have to be this way.

Thanks to continual innovations in the blockchain space, new ways to monetize our internet are being developed at lightning pace, ones that both protect privacy and restore data ownership to its rightful owners: the users. Blockchain technology has the power to set people free from the reigning internet overlords, restoring their privacy while giving back to them ownership of the content they create and the data they generate.

The key to this restoration is the decentralized ledgers that blockchain technology operates on. A decentralized ledger is not isolated to one primary server or central ledger, such as Amazon Web Service or Google Cloud. Instead, the ledger is shared among a variety of computers, or nodes. This creates a system that operates in a highly efficient and infinitely scalable way without the need of a centralized group.

The primary example that may come to mind for most is Bitcoin. The decentralized blockchain that Bitcoin operates on has facilitated the creation of a peer-to-peer system of money that is incorruptible and operates without a centralized entity. This same type of system, one that nullifies the need for a trusted intermediary, is possible for the entirety of the online world we operate in, not just for money.

By removing the need for intermediaries and by facilitating the ability for anyone to program applications on these ledgers, the centralized control held by the robber barons of our time could soon be a thing of the past. Without their power to control attribution, or to use your data as they see fit, these monopolies won’t be able to control the online capabilities that we as a society have come to depend on and rely on.

Because blockchain technology is still a nascent and rapidly growing industry, much of the potential and the many ramifications of this online revolution are yet to be realized. But what is clear is that much-needed systemic change is on the horizon. 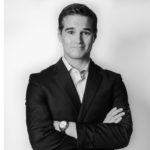 Al Morris is the CEO, chief architect and cofounder of Koii Network, a decentralized publishing protocol and Web 3.0 library. Prior to that, he cofounded Blockchain Institute Chicago, a public education provider on blockchain technology.

Will the next wave of FTX victims be unwitting tax cheats?