How data unions can reshape the global data economy

Europe’s Digital Markets Act will soon take power over personal data away from Big Tech and give it back to the people. How can data cooperatives help?

The growth of web services and social media over the past 20 years has created a tidal wave of data. Surfing happily atop this have been the Big Tech platforms and advertisers who profited from unprecedented, intimate access into our digital lives; what we click on, where we go, what we say and who we socialize with. And the speed at which all this has taken place has far outpaced governments’ capacity to understand and police it.

While huge corporations profited from unprecedented access to our data, we, the “users,” have had little control over how to access or share in the benefit from it. Though legislation like GDPR made inroads to strengthen user privacy and protection, there is a much more complex web of interconnected business objectives and profit models at play across the industry. This now needs untangling and restructuring to empower individuals from a data perspective and help data reach its true value.

One very meaningful step towards this has been made by the European Union over the last year. The Digital Markets Act (DMA), which the E.U. recently voted to implement, will police giant platforms that act as “gatekeepers” and help redistribute the US$300 billion a year the data economy generates far more widely. The DMA will do this by giving users of these platforms further rights to port their data, at a click of a button, to wherever and to whomever they want. So where will the E.U.’s 450 million citizens port that data?

As we have seen, convenience has meant that much of the global public in the Web2 era were willing to give up their privacy to get easy access to online services. The same might be true following the DMA. Just because people can access and port their data in a way that they couldn’t before, doesn’t mean they will be certain to utilize that right. Will people really bother trying to store their own data just because they can? As an individual, the process of taking control is tedious and comes with no obvious reward. Most people have better things to do with their time.

Luckily, this is where novel new entities called data unions step in. Data unions, which also go by the name of data cooperatives or data trusts, act as agents for people’s data. They allow individuals to pool their data as a collective and then manage its sale to verified data buyers like analytics companies and advertisers. The data union operator has responsibility for setting the terms of this sale, including price, scaling, governance of data union members, and marketing the data products to possible buyers. When those data sets sell, they then pass those proceeds back to their members, rather like a co-op would. Members of these data unions also get a say in how their data is used, making them accountable to the people who participate.

The challenge for data unions, like any project wanting to monetize data in an ethical way, has been to plug into existing patterns of online behavior such as browsing or searching without placing a burden on individuals used to convenience as part of the Web value exchange. However, new infrastructure and advanced blockchain technology have made it easier for unions to grow and remunerate their participants effectively. Web 3.0 smart contracting on blockchains has brought down the cost to businesses of distributing small payments to millions of people and is a crucial part of the business model.

As is the case with all businesses, creating a product that people will know about and want is the predominant challenge. To be effective, data unions need thousands of people to contribute their data to the type of pools that data buyers will want to buy. Data union operators therefore need to be strongly informed by research and conversations with data buyers about the information they need. They also need to make sure that consumers and everyday data creators know the benefits of becoming part of their unions.

There are at least over 90 data unions now, including Gener8, made popular by Dragon’s Den. Some other pioneers of this movement include Swash, a browser extension that gives permission to have surfing data aggregated and sold to interested parties, and Re-Public, an app for iOS and Android to manage, visualize and monetize personal data from one place.

With consumer-grade tools and cost-effective payment rails now in place, by early 2024 the DMA will also make it easier than ever to port data in real time to a data union. All the 450 million citizens of the European Union will have to do is sign in with Google, Facebook, Amazon et al, and the flow of data they produce each day will be sent to their new data agents who will pay them to do so.

By giving people an active role in the economy that they are a part of, the DMA and the other new E.U. data laws will rebalance the power structure of data so that everyone gets rewarded for the information and insights they enable. Data unions allow for this and will unlock a fairer data economy in the digital age by reimagining how we access, move and monetize our data. 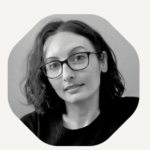 The crash and burn of FTX: What lessons does it teach us?

Temperatures rise over alleged Celsius withdrawals ahead of bankruptcy