The future world will run on digital money—the most trusted being Bitcoin, writes André Neves of Zebedee. Here’s how gaming can bring BTC to the masses.

Conversations about Bitcoin rarely get past the perception that it’s a speculative investment or, at most, a store of value. However, when compared to other cryptocurrencies, Bitcoin is trusted as a “stable” asset. Now, we all know Bitcoin’s price isn’t exactly stable in absolute terms, especially with its current dip. But it has grown past the point where it could be massively influenced by various pump-and-dump schemes or experience a sudden price collapse, which is still common among smaller or newer tokens. Bitcoin is also by far the most widely held, accepted, trusted and popular digital currency. As far as organically earned trust goes, you really can’t beat that.

This all makes it more appealing as a tool with real utility than other tokens, which don’t have a fraction of the ubiquity that Bitcoin has built. Today, investments and price speculation are only one part of Bitcoin. The increasingly more important aspect of the biggest cryptocurrency is its ability to support real-world demands for transactions in a way traditional money and other cryptocurrencies simply cannot.

In this, Bitcoin holds massive potential to change not only how people invest and exchange money but also how we play and engage with each other in the digital world — and even how we make a living.

More than an investment asset

It’s important to recognize that the one thing Bitcoin does very well — better than any other cryptocurrency — is serving as digital money. It has a quality that no other network, monetary or otherwise, can quite match. It never goes down, not even for planned maintenance, which even networks like Visa and Mastercard need to rely on. With Bitcoin, you don’t need to trust anyone to carry out your transactions. Its protocol is fair, predictable, treats everyone equally and never fails. That is important for money.

Within financial and savvy crypto circles, Bitcoin on-chain is recognized for being an exceptional solution for handling large cross-border payments thanks to its low transaction fees that don’t increase if you send larger payments and negligible processing times compared to traditional banking rails. It’s perfect for wealth management and rightly earned the moniker “digital gold” as an investable asset. However, beyond this, most people remain completely unaware of the broader uses of Bitcoin. Even many “crypto experts” you’ll see on the evening news discussing the technology often show a surprising lack of knowledge on where Bitcoin is today. The Bitcoin ecosystem is much more than just on-chain payments.

Video games as use case for Bitcoin

Beyond direct P2P payments, Bitcoin’s layer-2 solutions are able to handle massive amounts of instant microtransactions and have opened the door for new ways to engage consumers through digital media — especially in the area of gaming. Although most gamers aren’t necessarily interested in blockchain gaming for its own sake, they are interested in new methods to interact in and gain value from games.

Today’s consumers, in general, are also more aware of the value they create through their engagements in the attention economy, where their views and time get monetized through digital advertising in any case. Gamers, in particular, can invest thousands of hours in gameplay and then, when that specific game dies down, can feel cheated that their attention and effort created value and made money for someone else, while the gamers themselves have nothing to show for it. Entertainment alone is no longer enough. Through rewards, gameplay feels less like empty calories and gives more incentive to play and keep coming back.

For gamers globally, Bitcoin provides an opportunity to earn simply by playing — either play competitively or earn a decent amount, or just play casual games and get small rewards in exchange for your attention. And that can be life-changing in itself. For someone in the U.S., making 10 bucks a month playing mobile games is likely insignificant. For someone in India or the Philippines, however, that money can make a big difference. And the best part: Because it’s Bitcoin, it is instantly global, interoperable and decoupled from any one national economy.

Not everyone in the world has a stable national currency. But they can all have Bitcoin. In places like Brazil, which has been hit hard by inflation and currency instability, that’s a game-changer (pun intended). It’s been reported that some Brazilians are paying bills, buying groceries and even paying rent on their homes with money earned playing games for Bitcoin.

As this new virtual economy matures, we’ll see even further monetization in games, and even a new workforce sprouting to meet the demands of players or businesses aiming to reach achievements faster. Real economies, with real jobs, are coming to virtual worlds. Faster than we think.

Looking ahead, expect to see play-to-earn (P2E) replace free-to-play models as gamers grow to demand a bi-directional flow of value within games. Over time, we will also see new game mechanics and economic models emerge from this that we’ve yet to imagine. A single truly massive game today has more users than all current blockchains combined, and the gaming industry continues to rapidly grow. Video game integrations of Bitcoin mean the ability to onboard millions of new users to start using the digital currency on a daily basis and eventually use it more regularly like we do with credit cards or cash today.

Ultimately, a digital world needs digital money. Bitcoin offers the best form of digital money available today, and gaming is providing the best avenue for its evolution. As with all technologies, these evolutions move exponentially fast. Mass adoption will be here much sooner than you think. 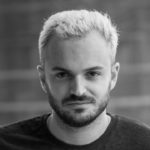 André Neves is CTO and co-founder of Zebedee, a software and infrastructure developer for Bitcoin and Lightning support. He previously served as director of engineering for Big Human, a technology, design and branding company.