Before the FTX implosion there was Mt. Gox, an exchange that oversaw 80% of all Bitcoin trades before it collapsed in 2014. In this exclusive interview with Forkast, former Mt. Gox Chief Executive Officer Mark Karpeles says what he sees in store for the industry in 2023 in the wake of the FTX bankruptcy.

If anyone knows what it’s like to be at the helm of a cryptocurrency bankruptcy, it’s Mark Karpeles, former chief executive officer of Tokyo-based Mt. Gox, once the world’s largest crypto exchange with about 80% of total bitcoin trading volume.

That was before it collapsed in 2014 following a hack that stole several hundred thousand Bitcoin worth half a billion dollars at the time from the platform. Japan’s financial authorities appointed a trustee to manage Mt Gox and recover the stolen bitcoin.

Karpeles told Forkast in March that around 150,000 recovered Bitcoin worth $6 billion should be returned to creditors by the trustee. However, due to the slump in Bitcoin prices, that amount is now worth US$2.5 billion.

Karpeles sat down with Forkast to talk about the collapse of Bahamas-based crypto exchange FTX.com, and what can be expected in the months ahead. The Q&A has been edited for clarity and brevity.

Joel Flynn: FTX’s collapse has a lot of similarities to what happened to Mt. Gox in 2014. How surprised were you that something of this scale has happened?

Mark Karpeles: Well, actually, the bankruptcy didn’t really surprise me. What happened with Mt. Gox is right after the bankruptcy, a lot of exchanges worked towards being more transparent, publishing proof of assets and so on. That lasted for about six months before customers stopped really caring about this.

What’s happening right now is that the major Bitcoin exchanges — Kraken, Coinbase, Binance, everyone – are trying to show that they can be transparent like we saw happen back in 2014. But if everything goes the same way, likely six months to one year from now, nobody really cares about it anymore and things risk going back to the state it was before the FTX bankruptcy.

So I’m really hoping that people will have a much longer-term interest in making sure that whatever exchanges and so on they use are transparent and provide the kind of information they need to know if the exchanges are solvent or not.

Flynn: So you don’t see any similarities between what [former FTX chief executive officer] Sam Bankman-Fried is alleged to have done in terms of customer funds in Alameda with what was going on at Mt. Gox?

Karpeles: There was no hack at FTX that initially caused the loss of funds, it was very clearly linked to poor management or possibly criminal management. I don’t have all the information so it’s difficult to say for sure.

But by the way Bankman-Fried is acting right now makes me feel like he’s more trying to hide something than being genuinely open to everyone. It shows in the way he responds to some questions more than others and overall what he’s doing has a very negative impact on him.

Karpeles: Typically, when a company enters bankruptcy, the main advice that lawyers will give you is to talk to the court, talk to the lawyers, but don’t make any public statement and leave this to the trustee and the court.

What Sam is doing is the exact opposite, even though he’s saying his own lawyers are telling him to not talk to people and give information on behalf of a company he’s not the director of anymore. I believe it’s going to be causing a lot more trouble than it’s going to be solving, especially for FTX and the bankruptcy.

Where I stand is he’s currently telling information that isn’t accurate, plainly trying to make himself look good and FTX look bad in an attempt to get back control of the company.

When Mt. Gox first went into bankruptcy a lot of people complained that I didn’t provide enough information with respect to the process that was ongoing with the courts and the legal requirements of going into bankruptcy.

Most bankrupt entities and bankrupt companies will only provide information through the court and through the lawyers, which is the proper process.

So FTX is kind of an exception to this because Bankman-Fried is talking to people and providing information on behalf of FTX, which he is not the director of anymore, which is very likely inaccurate, if not plainly false.

Flynn: Do you think that Bankman-Fried believes he can make FTX right again?

Karpeles: I do think he knows that FTX is hopelessly bankrupt, but he is trying to make it feel like he could have saved everything and that the bankruptcy took everything from him, and the lawyers are at fault for the bankruptcy.

Basically, trying to portray himself as a genius that built everything and that was about to save everything before the lawyers took everything from him.

Flynn: What has it been like for you to look at how Bankman-Fried has been treated in the media compared to how you were treated?

Karpeles: I’m not sure exactly how to phrase this, maybe kind of jealous, I guess.

When Mt Gox went into bankruptcy, not a single media said anything good about me. I did receive death threats and I do believe Bankman-Fried is likely getting the same.

But at the same time, he’s gotten very positive coverage from mainstream media like The New York Times or Wall Street Journal, I actually couldn’t believe what I was reading. So I’m not sure exactly how he managed to get this.

Flynn: How will this incident shape the industry? Is it problematic to have so much invested figuratively and literally in one exchange, such as in Binance?

Karpeles: I do think it is very bad that so much traffic and so much volume is centralized in one single exchange.

It means the risk for everyone is much higher if Binance gets hacked or someone inside Binance decides to go rogue and this will negatively impact everyone in ways that are much larger than it should have been. It also makes Binance a target for hackers and so on, because it means that Binance is holding very large amounts.

It’s holding the kind of amounts that you wouldn’t find anywhere else — countries go to war for these kinds of amounts. So it’s a very high risk that needs to be mitigated by either deploying more exchanges and not focusing on one single exchange or using a more decentralized exchange, which allows people to keep their own assets.

Flynn: Do you trust Binance?

Karpeles: I don’t trust any centralized exchange. I did spend a few years running an exchange, and my conclusion is to not trust any exchange because there are different things that could go wrong.

Basically, when you run one you are praying every single day that no hacker is successful, and no one in the company decides to go rogue. And even if you set up a lot of protections and processes to make sure that people cannot access any kind of cold wallet alone and so on, you don’t know what can happen.

Cryptocurrencies are a new technology, which has a lot of potential issues and security problems that we don’t know about yet, which means that running an exchange and holding cryptocurrencies on behalf of users is actually a very, very large risk.

That’s why I started the UnGox (cryptocurrency rating company) in April this year and I have been saying it was only a question of time before we had another exchange filing for bankruptcy.

The [FTX] bankruptcy is really a wake-up call for a lot of people. We have been reminded again that security is very important, but we need to make sure we don’t do the same as we did eight years ago (after Mt Gox) and just forget about it later.

We need to make sure we keep looking and monitoring exchanges for assets and liabilities and raise the alarm should anyone or anything either stop providing information or maybe provide information that looks sketchy.

Flynn: Are there any updates you can provide for former Mt. Gox users waiting for compensation?

Karpeles: The main message I would give to Mt. Gox readers is to hang on because we’re very close to the distribution finally happening. I do believe that 2023 will be the year. I sincerely hope this happens very soon because everyone has been dealing with it for way too long. 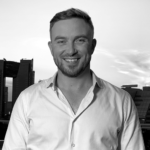 Joel Flynn is a broadcast journalist with 12 years of experience presenting and producing video news content across Europe and Asia. He is well versed in startup products and legacy media, and had previously worked for Reuters, Sky News, TRT World and others. The past five years in Hong Kong have included reporting from the streets during the 2019 protests, COVID and China economy coverage, including interviews with leading figures in regional business and politics. Joel is an avid golfer, gamer, father of two, and currently depressed Manchester United supporter.