Despite the bear market, enterprise blockchain has nothing to fear

Crypto’s volatility may be top of mind right now, but blockchain’s practical uses will be the industry’s future, writes Johannes Schweifer of CoreLedger.

With the loss of confidence from a number of established crypto lending and funding platforms rendered insolvent by ailing financial markets and large overleveraged positions, fears of a widespread contagion affecting associated protocols and businesses have been increasing.

Amidst significant job layoffs and struggling financial markets, the general sentiment and outlook toward crypto remain gloomy, but the underlying blockchain technology remains unaffected — as its main potential has never been purely for speculative wealth generation but to drive utility and innovation for solving real-world problems and issues.

There is the ongoing narrative that NFTs (non-fungible tokens) and cryptocurrency will become untethered from traditional finance and serve as a hedge against issues like inflation, but only time will tell if that is wishful thinking or more than a dream.

One thing is for sure — practical applications of blockchain exist well beyond these hopes, and bear markets are the perfect time to push aside distractions to focus on grounded utility and use cases.

This is the moment for users, builders and regulatory bodies around the world to strengthen the meaningful impact of technological innovations, for they will serve as a solid foundation and become more pronounced as the fog of euphoria associated with fast riches dies down.

Within the Asia-Pacific region, we’re witnessing countries like China, which took a strict approach to speculative assets against the hype surrounding NFTs, especially when markets were booming. This conservative approach is starting to appear wise as the value of seemingly harmless digital pictures and encapsulations of meme culture decline with the health of the financial markets.

While China is not bullish on cryptocurrency, it is on blockchain technology, introducing its own central bank digital currency, the e-CNY, and developing a state-backed Blockchain-based Service Network (BSN). Most recent developments have seen the announcement of the Spartan network, which aims to be the new international network for non-cryptocurrency public chains.

It may come as a surprise to some, but blockchain has long been used as proof in legal court cases in China since 2017 and is steadily continuing to pick up traction, especially with blockchain being a strong focus in the Chinese government’s five-year plan from 2021 to 2025.

There is a rationale behind the seemingly contradictory approaches that governments and regulatory bodies are taking toward embracing blockchain but not speculative wealth generation, as they recognize a key fundamental benefit of the technology.

Security, transparency and immutability in law

So where are we seeing real use cases of blockchain technology being integrated into our existing society beyond the hype? One of the most promising use cases for enterprise blockchain is not just in unique JPEGs but to prove ownership and chain of custody in the legal space.

More countries will stand to gain by taking a page out of China’s book in embracing blockchain technology to help courts of law, as doing so would improve accessibility, affordability and security in legal proceedings. Printing documents is often considered far more secure than transferring legal assets and materials online, but tokenization changes this. As the technology allows any asset, including digital claims, certificates or proof of ownership to become accessible on the blockchain, this offers rights in a more convenient but secure and validatable way without intermediaries.

Attorneys, notaries and parties looking to make legal claims can all benefit, as providing evidence, establishing proof of ownership or timeframe for copyright, intellectual property claims and more become a much easier and transparent process.

Legal fees can also be prohibitively expensive for parties looking to defend their innocence or ownership of assets, so reducing the need for intermediaries and lengthy processes make the litigation process more accessible.

It would not be far-fetched to see a future where notarization or proof-by-blockchain becomes commonplace, but the technology providers and builders need to work closely with governments and regulatory bodies to develop reliable and secure infrastructure to ensure the legitimacy of evidence is not compromised.

Places like Hong Kong are notorious as being one of the most expensive for housing, and rising inflation further exacerbate issues related to costs of living. Due to these factors, real estate is often categorized as an investment option only for the wealthy as it typically has high capital requirements and can take a long time to liquidate.

The traditional registration, documentation and intermediary requirements make owning property an even more expensive and lengthy process. Tokenization can drastically speed all this up as it allows proof of property ownership to become accessible and tradeable on the blockchain.

For less the affluent and places where housing prices are increasingly beyond reach, aspiring homeowners can also choose to buy into a portion of a property represented by the digital tokens and increase their holdings over time with fractional ownership instead of having to purchase the entire property at one go.

Aside from this, revenue from cash-positive real estate can also be tokenized, allowing owners to have a share of the profits from rental or growth in property value.

While there is tremendous potential for blockchain to make real estate much more accessible, affordable and liquid, many obstacles need to be overcome before it can scale to an industry-grade level.

Presently, countries, regions and jurisdictions either regard tokens as insufficient legal basis for ownership or are overly strict in regulating them as securities. These extremes either raise security concerns or limit the application of blockchain and tokenization in real estate by making it inaccessible due to red tape or too expensive to be feasible due to taxation.

While creative compliance solutions such as Non Fungible Assets (NFAs) are being developed, more education to resolve the lack of fundamental understanding for blockchain needs to be done — initiatives by governments and authorities to support the applications of blockchain in real estate will also further bolster such efforts.

Conservative and strategic nations like Singapore are already attempting to experiment with blockchain to address issues with illiquid assets and fractionalization through Project Guardian, and it would not be surprising to see others in the APAC region follow in these footsteps.

While many in the crypto community may oppose the notion, some form of centralization and regulation will help minimize the potential abuse of blockchain technology and improve its scalability, effectiveness and adoption, allowing meaningful use cases to grow reliably and steadily over time.

Many other applications of blockchain can also help address real-world issues and problems, but real estate and law are two key sectors that would benefit from accessibility and affordability amid the mounting global financial woes.

For its full potential and benefits to be achieved, however, blockchain providers and regulatory bodies need to stop seeing themselves as opponents, but as partners and educators to correct misperception and improve understanding of the underlying technology. 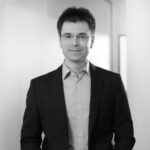 Johannes Schweifer is CEO and cofounder of CoreLedger AG, a blockchain infrastructure company. He is also a serial blockchain entrepreneur who founded or cofounded several other blockchain startups in Switzerland’s Crypto Valley, including Bitcoin Suisse AG in 2013. He holds a master's degree in chemistry and Ph.D. in distributed computing and quantum chemistry from the Technical University of Vienna.