Personal information privacy matters more than ever in a post-Roe world, writes Kayla Kroot of Koii Network. Can data from menstrual cycle tracking apps be used to prosecute women and girls for abortions?

Autonomy over personal data continues to be a feminist issue. The overturning of Roe v. Wade has stripped individuals of comprehensive personal data protection. Girls’ and women’s access to healthcare is now restricted by law throughout the country, and many fear that their private online activity will be weaponized by enabling unchecked overreach of tech companies misusing data, illuminating the bleak future of digital privacy unless definitive action is taken.

To participate in contemporary society, using online applications is a necessity and not an option. Users are required to sign exhaustive disclosure requirements in order to accomplish simple tasks.

At dozens of pages long, these disclosures are deliberately nonsensical and overly technical to ensure that the average user neither reads nor understands what they are agreeing to. This takes away the ostensible “choice” of how personal data is handled, only further serving to take advantage of the most vulnerable and disproportionately affecting those who have had their bodily autonomy stripped from them.

The discussion about data collection is increasingly relevant, but Dobbs v. Jackson, in which the Supreme Court held that the United States Constitution does not confer a right to abortion, turned that disturbing possibility into our current reality. The regulatory framework dictating how applications and online platforms gather and record the information and data input by users is fragmented and inconsistent.

Basic healthcare information that tech giants gather can turn harmful, and abuse of data runs rampant due to the uncapped financial gain these platforms are allowed. For example, data collected by menstrual cycle tracking applications could be subpoenaed by prosecutors in states where the right to abortion has been criminalized. This very personal data could be maliciously used as evidence to “prove” a woman was pregnant, as demonstrated by data from the app, but is no longer pregnant, then argue that she had an abortion.

Digital applications often have legal licenses to take full advantage of users by keeping and monetizing their data, all while publicly claiming that “privacy is a fundamental human right.” Further, there has been a precedent set for Big Tech to simply hand over information such as location, search history, or text messages while contending with these issues, all while publicly declaring that they are philosophically opposed to such action.

Platforms’ ability to collect and control data stems from their profit model — rather than selling a tangible product, tech companies make money by aggregating data and selling it to leverage insights for revenue generation like targeted ad placements.

Because of the concentrated nature of these conglomerates, the whole of this gain belongs to the largest players. Concurrently, most regulators and legislators in the space seem ambivalent at best, enshrining a massive incumbent bias while creating a dangerous paradigm that stifles both individual rights and innovation. Essentially, bad data privacy practices open a direct avenue to shamelessly profit off the assault on women’s and human rights on top of the fact that historically marginalized groups are further stripped of independence and bodily autonomy. As most internet companies make their profit by selling user data, companies are incentivized to collect as much as they can and sell to the highest bidder, no matter what the buyer will do with that data — including prosecution.

Today, surveillance is everywhere: from the ride-share app we use to get to work, to our online search history, what we say on social media, and even to private healthcare data. The onerous list of ways we are tracked has made the idea of bypassing ubiquitous digital monitoring all but a fairytale.

This digital supervision is a much-discussed topic, particularly as it pertains to social media platforms. However, what often gets overlooked are the devastating consequences of this data being misused and exploited. In this highly partisan era where decisions by the courts are reversing what were once considered fundamental rights, we need to find solutions that give individuals the right of data ownership and eliminate brazen overreach.

The internet was originally designed to be an unrestricted platform for people to connect and create communities. The growth of the internet gave us access to previously unobtainable amounts of information. This public use created a way to access information infrastructures more easily, while lessening the influence of third-party intermediaries such as newspaper publishers or television broadcasters, creating a more fluid peer-to-peer content exchange system.

As the internet has evolved, segments of the technology industry have exploited this intention by stockpiling personal data and digital property. This greed has turned the internet, once designed for freedom of expression, communication, and creativity, into a surveillance state that serves to deepen conglomerates pockets, ranging from applications for creative and social content to those used to track intimate health and healthcare information.

Governments and corporate monopolies have the means to obtain very sensitive personal data from platforms, forcing those affected to rely on the “goodwill” of the digital industry titans to protect their privacy and content ownership.

The next iteration of the internet, often called Web3 in the tech industry, is a vision of true individual ownership, leveraging blockchain technology to allow users to own a piece of the internet instead of corporations owning a piece of you. These distributed ownership projects have the vision, tools, and opportunity to revolutionize the future of content ownership, preventing anyone from tampering with narratives, censoring, or manipulating information, and monetizing off data that is not theirs to use. This ensures that people’s data is never used to target or mark them. This new network will never sell out to corporate interests, or politicians, and puts the use of private healthcare data back in the hands of the people it belongs to. 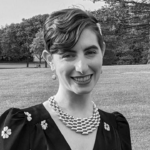 Kayla Kroot is the Chicago-based creative director and cofounder at Koii Network, a decentralized publishing protocol and Web 3.0 library that allows creators and developers to permanently own their content.

How data unions can reshape the global data economy

How to protect crypto privacy in the age of regulation

Are surveillance and taxation coming soon to a blockchain near you?

Why decentralization is essential for protecting user data and privacy